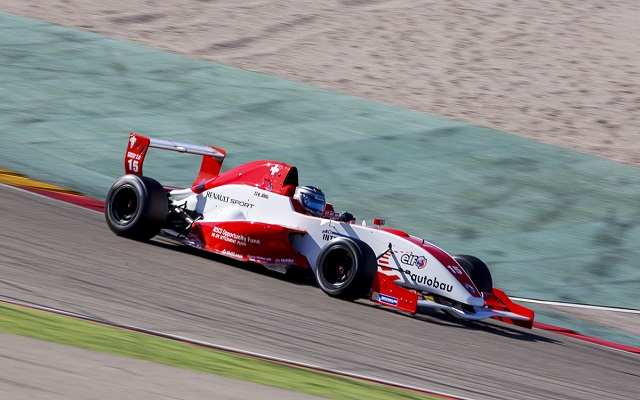 Josef Kaufmann Racing’s Louis Deletraz and Kevin Jorg will start races one and two respectively of the Formula Renault 2.0 NEC event at Monza from pole.

Deletraz came out on top in session one after a close fight for pole with Euronova’s Ukyo Sasahara. The Japanese racer entered the final minute of the run leading Deletraz by 0.005s but was forced to settle for second after the Swiss man pulled off a late flyer to grab pole position.

Steijn Schothorst, who has five wins in the series to his name, was seventh, ahead of fellow FR2.0 veteran Alex Albon, while rookies Stefan Riener and Matthew Graham completed the top ten.

JKR’s top form continued to be apparent in session two, as Jorg set his benchmark relatively early on and remained in first until the end of the session. Deletraz got closest to toppling his compatriot’s pole lap, but eventually wound up 0.031s short, picking up a second front row start.

Schothorst took third, narrowly ahead of Sasahara, while Albon was fifth, half a second down on the polesitter. The rest of the top ten was within a tenth of the Thai racer – with JKR’s Gustav Malja leading Aurelien Panis, Graham, Callan O’Keeffe and Pizzitola.

Reigning series champions Fortec had a difficult two sessions, with Ben Barnicoat‘s P13 from Q2 winding up their best result across qualifying.