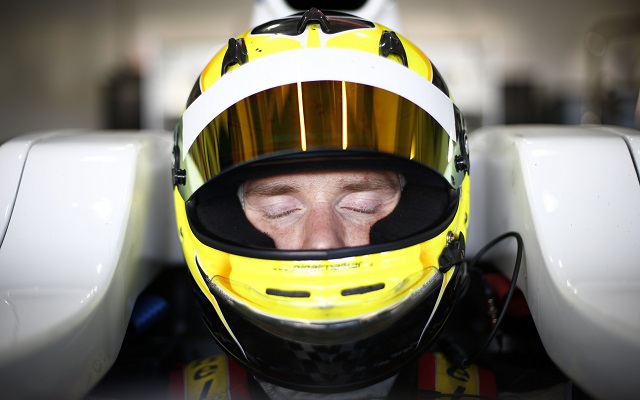 Dutch racer Nigel Melker is the second driver to officially confirm his participation in Formula Acceleration 1, joining the ranks of Team Netherlands.

Melker, 23, became a household name in junior single-seaters in 2011, when he took third in his sophomore campaign in GP3 while simulatenously racing in the F3 Euro Series, where he finished fourth. After a difficult year with GP2 backmarkers Ocean in 2012, he joined Tech 1 Racing in Formula Renault 3.5 and excelled in the ultra-competitive field, taking sixth in the standings.

He tested with ISR and Tech 1 over the post-season, but has not been able to secure a 3.5 deal in time for the Monza series opener, instead focusing on finalizing his contract in FA1.

“I am really happy with this deal”, stated Melker. “After the Acceleration test in Valencia, things started “accelerating” quickly and team manager of Team Azerti Wim Coekelbergs had a good proposal for me. We have a great connection and the nations cup concept is fantastic, so it didn?t take me long to decide. These people truly believe in me, also for the future. And, of course, it is wonderful to be able to defend the colours of your country, a great honour. We are headed?for a fun year!”

Tom Dillmann, Felix Rosenqvist and John Bryant-Meisner are among other high-profile names in single-seater racing to have tested FA1 machinery in the off-season.