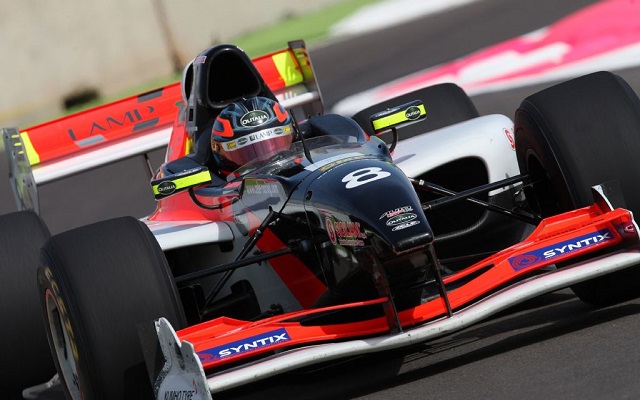 Italian racer Sergio Campana posted the quickest lap of the two practice sessions ahead of the first Auto GP round of the 2014 season at Marrakech.

Indeed, in session one, it was Sato who established his status as the pre-race favorite, going 0.5s quicker than Campana, who settled for second. Gentleman racer Giuseppe Cipriani was an impressive third, while Tamas Pal Kiss and series debutant Sam Dejonghe completed the top five.

The second practice saw Super Nova’s Markus Pommer lead much of the running, before he was eventually overtaken by the Zele duo. Campana and Kiss wound up being the only drivers to go quicker than 1:30s, with the Italian going 0.008s quicker than his Hungarian teammate. Pommer ended up third, while Sato and Kevin Giovesi made up the remainder of the top five.