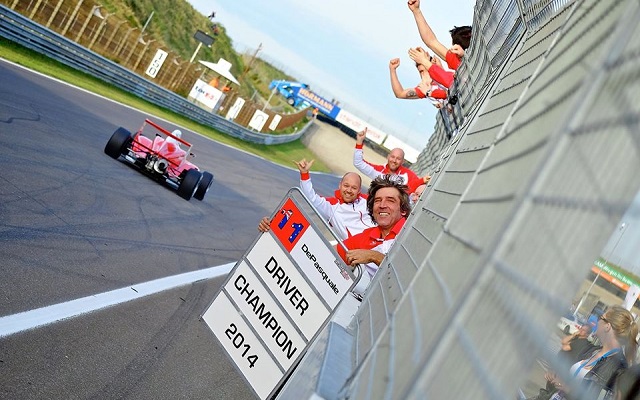 The Australian secured the title with two races to go, picking up his eighth victory of the campaign.

De Pasquale led every lap of the race distance and lapped consistently quicker than the rest of the field, eventually finishing four and a half seconds clear of squadmate Ferdinand Habsburg.

His predecessor – 2013 1.6 NEC champion Roy Geerts – picked up third in the first race of his return to the category, edging out another Lechner driver Florian Janits.

Ralf Aron fought his way up from seventh to fifth, finishing ahead of Max Defourny, with Boris Kolff, Oliver Soderstrom, Paul Sieljes and Cedric Piro making up the rest of the top ten.