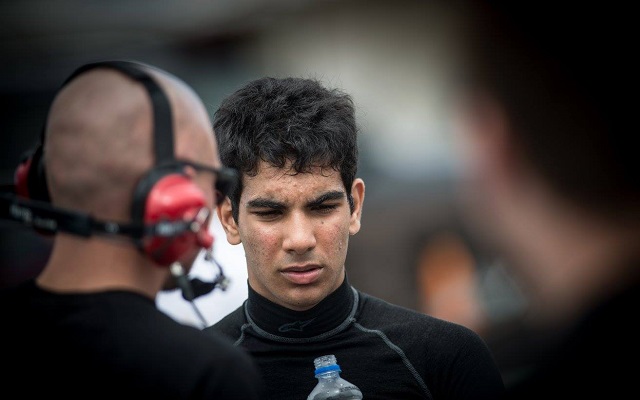 The beginning of the race?saw front row starters Lando Norris and Daruvala temporarily switching positions but it was the Briton back in the lead?after two laps.

Just as he regained the lead, the safety car prevented any further?action for three laps after Devlin DeFrancesco went off at turn one.

Norris nailed the restart to build a gap of a second in just one lap but it was all for nothing as the race was soon?red-flagged?as a result of an incident between Kami Laliberte and Bruno Baptista.

Once the cars were cleared the field?continued the race but?the red flag was brought back immediately following the crash of?Julian Hanses?at the first turn.

Still four?laps left, the racing resumed and Daruvala was able to make a jump on Norris to see the checkered flag in first place.

Antoni Ptak, third on the grid,?dropped back to fifth after the start but fought back to edge out Pedro Piquet and Brendon Leitch for his maiden podium in racing.

UPDATE: Habsburg, Buret and James Munro received 30-second time penalties for breaching driving standards. Rodrigo Baptista and Will Owen were promoted into the top ten as a result.