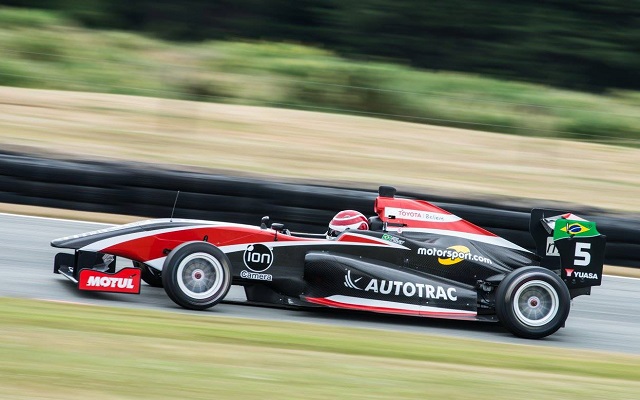 Pedro Piquet scored his first?Toyota Racing Series victory in the second race at Teretonga, having converted his pole into a victory.

Although the Brazilian?temporarily lost his lead to Antoni Ptak?at?the start, he?was back ahead after the Pole’s car slowed down with a mechanical problem.

Lando Norris emerged as Piquet’s closest challenger as the Briton followed the leader by less then a second?for the most of the race but ultimately failing to make a move.

The podium, locked out by M2, was completed by Artem Markelov, having found a way past Brendon Leitch during the first couple of laps.

The top ten was completed by Giles duo?Will Owen and James Munro.