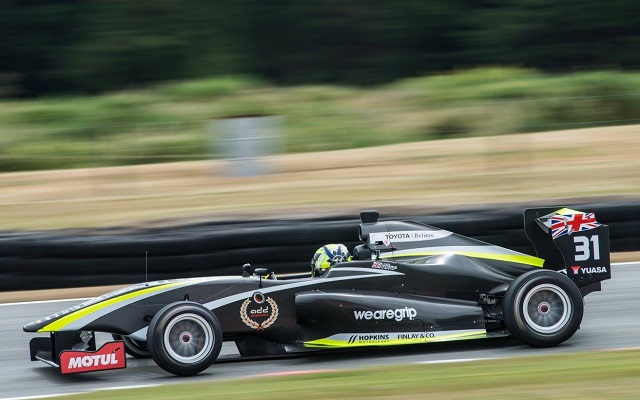 Lando Norris continues to be unbeatable in the qualifying sessions of the 2016 Toyota Racing Series season, adding two more poles to his tally at Teretonga.

First, the Briton triumphed in a twice interrupted opening?session, which was first red-flagged by an incident regarding karting graduate Julian Hanses.

The running came to a halt again after Will Owen went off at turn one and the session was never restarted.

The pole was gifted to Norris as a result, edging out fellow M2 Competition teammate Jehan Daruvala by just 0.04s.

GP2 regular Artem Markelov and championship leader Ferdinand Habsburg both lead the session at one point but were forced to settle for fifth and seventh respectively.

It was Pedro Piquet?slotting in sixth between them, while the Canadian duo of Devlin DeFrancesco, Kami Laliberte and Juncos Racing protege Nicolas Dapero completed the top ten.

Norris led the way throughout the entire second session despite a late attack from Habsburg, who still managed to edge out Markelov, Leitch and Ptak for second.

DeFrancesco was sixth, beating Daruvala by just 0.006s as the top ten was rounded out by Piquet, Laliberte and Ferrari junior Guan Yu Zhou.