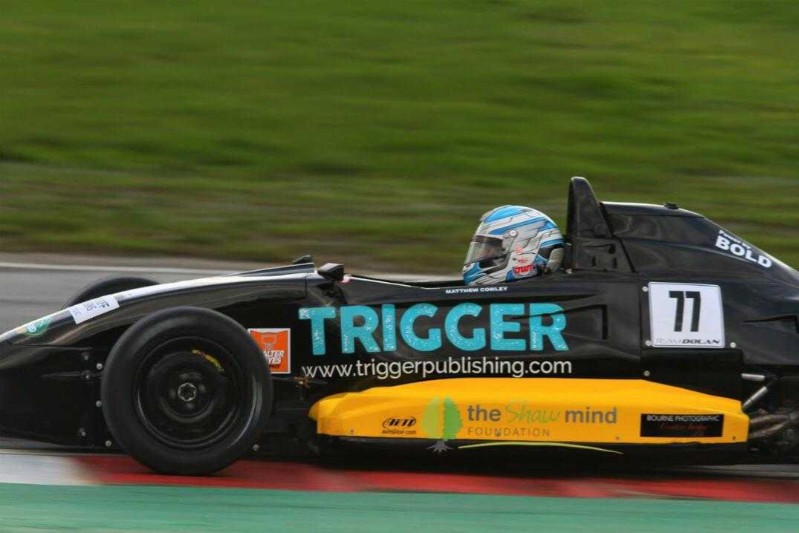 Cowley started sixth on the grid, but had made it up to second place by Graham Hill Bend on the opening lap.

It took a few laps for the Mancunian to pass Foster, doing so on the entry to Paddock Hill Bend, but once ahead he flew away from the rest of the field.

Cowley had just completed the 14th lap of the scheduled 15 when the chequered flag was erroneously waved, moments after his team pitboard had showed him there was one lap to go, and he was classified as victor by 5.284 seconds.

Green was even faster than Cowley, but his inexperience in the wet conditions and lapping traffic meant he failed to close in on Cowley.

Smith made contact with front row starter Max Mazorati on his rise up the order, resulting in Mazorati going off at Graham Hill Bend and finishing ninth.

Haggerty fell to sixth, ahead of Michael Macpherson and Adam Higgins, who battled hard with Team Canada scholar Jonathan Woolridge. After losing some bodywork and places, Woolridge then failed to finish the race due to a last lap off.