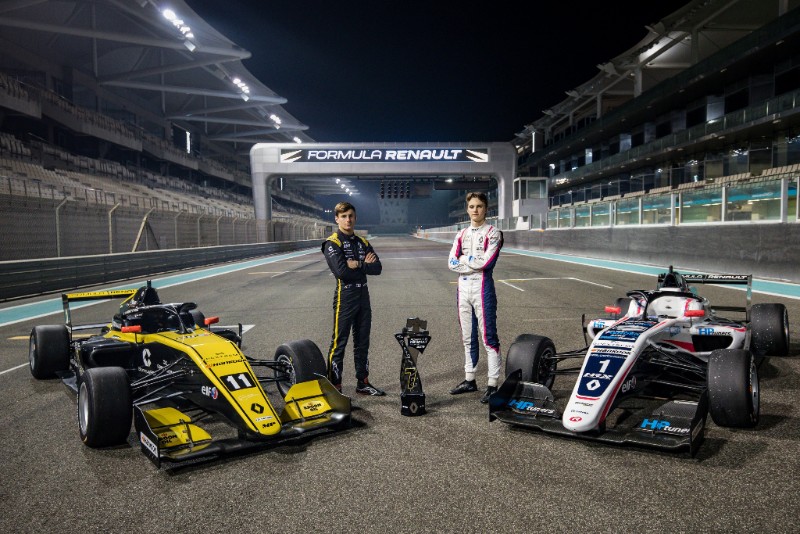 Having started in second place, Piastri did end up losing two places early on but fourth place was enough to be crowned champion after winning the first race of the weekend at Yas Marina.

MP Motorsport’s Martins, 18, converted his ninth pole of the season into a sixth win, but came 7.5 points short of R-ace GP driver Piastri in the standings.

“I did the race I had to do,” Martins said immediately after the race. “I made a good start, and then looked forward.

“I tried on the first lap to slow down a bit for him [Piastri] to not have an easy life, but then I just managed to a good race. That was the main goal for today.

“We didn’t get the title, but I learned a lot this year and I know what I need to do for the future.”

Renault junior Martins also raced in the Asian Formula 3 Winter Series this year, taking two podiums in his one appearance with Pinnacle Motorsport, and contested the Eurocup and FRenault Northern European Cup in 2018 while both used FR2.0 rules.

He took two wins in both, and was fifth in the Eurocup standings with R-ace GP. The year before he was runner-up in French Formula 4.