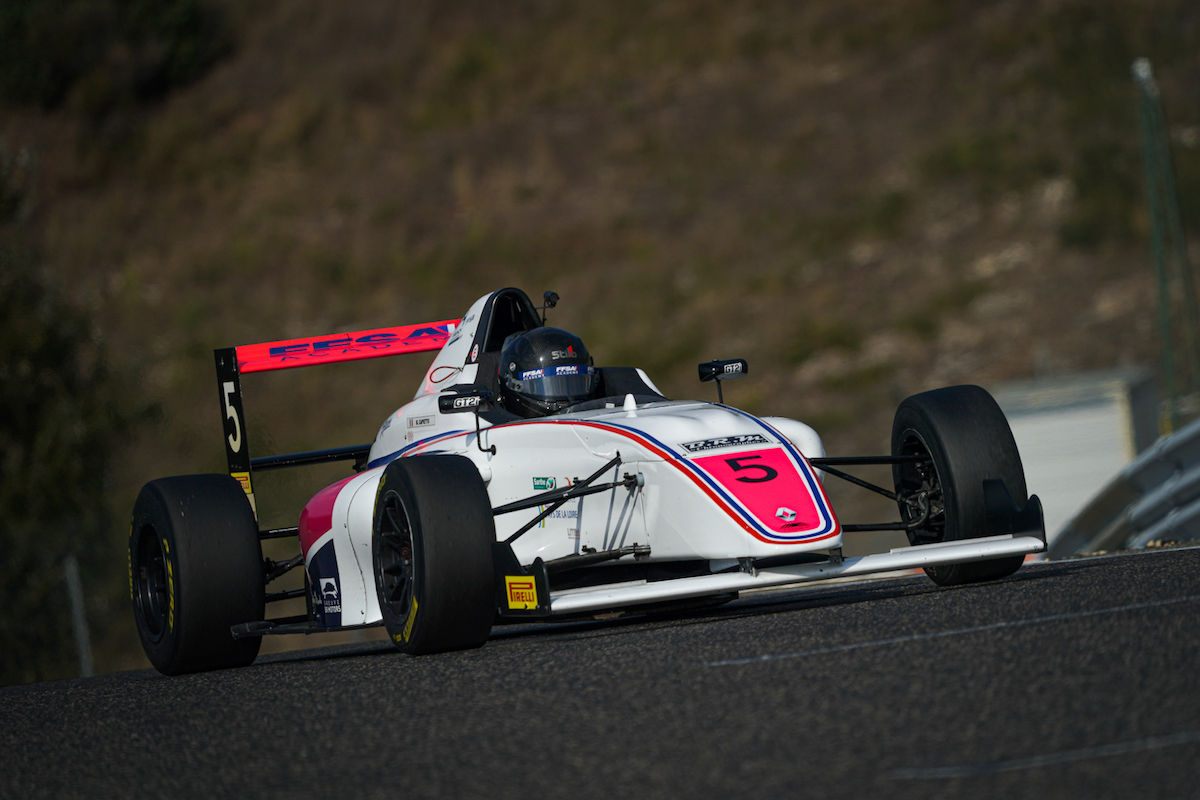 Maceo Capietto took a dominant lights-to-flag victory in the opening French Formula 4 race of the weekend at Ledenon.

Capietto started from pole and was quick to break away from the rest of the field. As second-place starter Gael Julien fell backwards, the pole-sitter escaped up the road, amassing a two-second gap in a matter of laps.

Championship leader Esteban Masson jumped up from fourth on the grid to second in the opening laps, but couldn’t close the gap to Capietto. He spent the race leading a train of drivers in second, while his championship rival went on to finish 4.514s ahead of the rest of the field.

Masson finished second, ahead of a fast-starting Daniel Ligier and Hugh Barter. Barter had been running P5 for much of the race, at the back of the train of drivers behind Masson. He was challenging Gael Julien for position, and the two fell away from the train as they battled. Barter eventually found a way past Julien late on to take the position, leaving Julien 1.3s behind by the chequered flag.

Owen Tangavelou took sixth ahead of Alessandro Giusti, who climbed up from ninth on the grid.