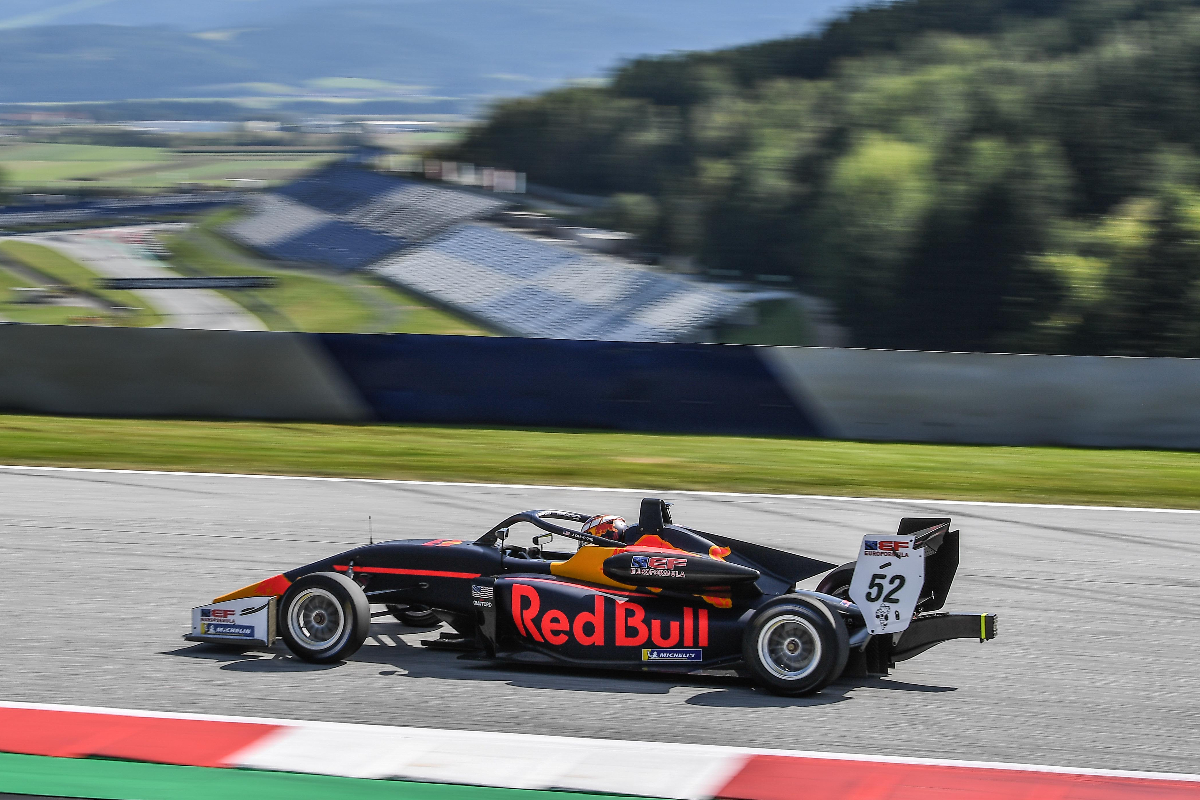 Motopark was the team to beat in the Austrian hills, forgoing the benefits of the slipstream to send its drivers out independently.

For title rivals Das and Crawford that could have backfired, but one deleted lap aside it all went to plan and the pair were one-two going into the final minutes of the session.

Das was further ahead on track, meaning he had time to take his final stint one lap longer but his penultimate effort and his last lap were less than a tenth of a second short of Crawford’s equivalents.

Crawford provisionally secured pole with his penultimate lap, then improved by less than a hundredth of a second after to take his fourth series pole.

After getting out of the car he said a mistake cost him further time, but it didn’t matter and by topping qualifying he scored an extra point.

CryptoTower Racing Team’s Louis Foster was half a second back in third as he ended his second run early and didn’t make use of the faster track conditions, while Van Amersfoort Racing’s Cem Bolukbasi improved late on to climb to fourth place.

FIA Formula 3 Championship-experienced Reshad de Gerus qualified fifth for his Euroformula debut in the third of Motopark’s cars, while Nazim Azman was one driver who did aim for the slipstream off of other cars when he could and ended up in sixth.

Carlin’s series returnee Brad Benavides, who last raced in Euroformula in 2018, was 1.472s off pole in 11th place.