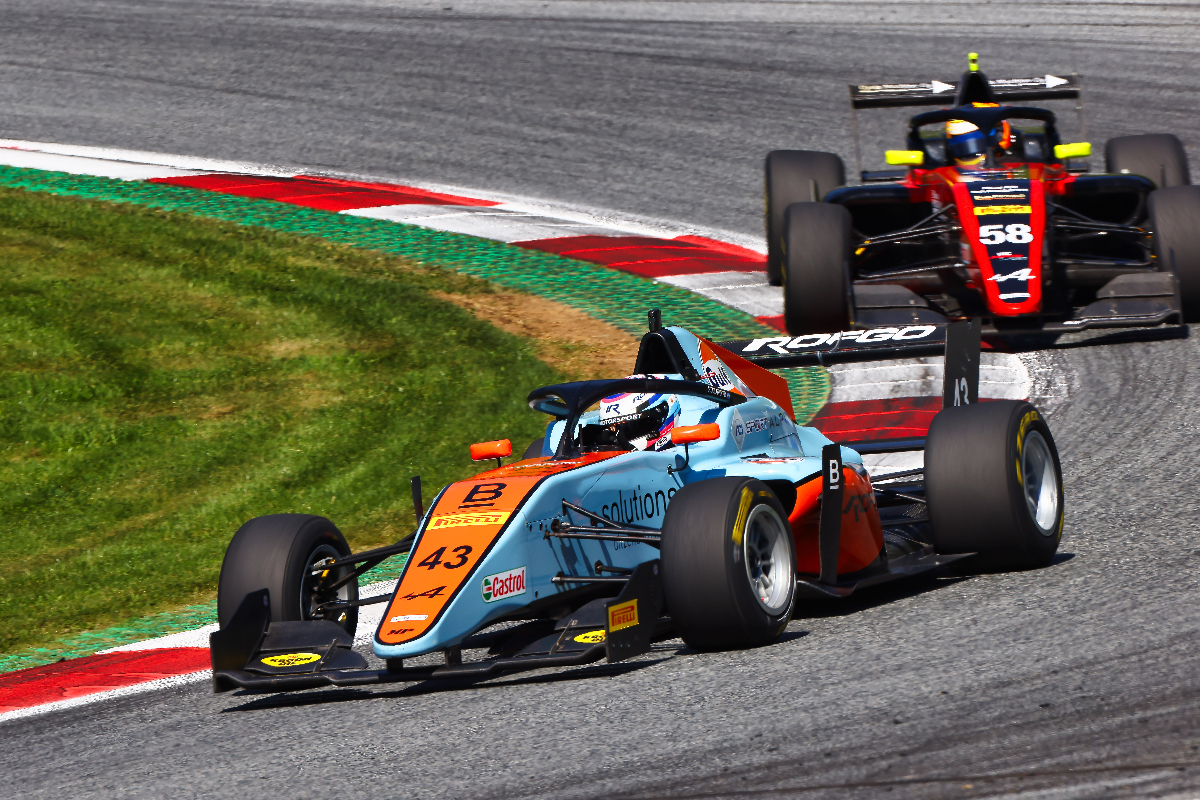 Colapinto, a frontrunner in the Formula Renault Eurocup in 2020, went to the top of the timesheet with his penultimate lap to snatch pole position from R-ace GP’s Hadrien David by a tenth of a second.

Both spent much of the session towards the top, but it was Colapinto who prevailed in the end.

Saucy, meanwhile, could only manage sixth, nearly three tenths off the pace and did not make much of an impact on the top of the times at all. His fastest lap came on his 10th tour of 12.

Prema’s Paul Aron looked set for the front row for much of the session but was displaced and ended up third quickest ahead of FA Racing’s Gabriel Bortoleto – another driver to put in a late lap.

Arden’s Alex Quinn is set to start on the third row alongside Saucy after taking fifth, with team-mate William Alatalo in seventh.

Then comes a small gap to the top of the midfield pack, with Van Amersfoort Racing’s Mari Boya ahead of Prema duo Dino Beganovic and David Vidales with Monolite Racing’s Pietro Delli Guanti rounding out the top 15.

Championship returnee and reigning champion Gianluca Petecof was 16th fastest of the 33 runners in his KIC Motorsport-run entry after his team repaired a suspension failure from free practice on Friday.

FIA Formula 3 regular Ido Cohen was the slowest runner, but only completed two naps, neither of which was a representative time.