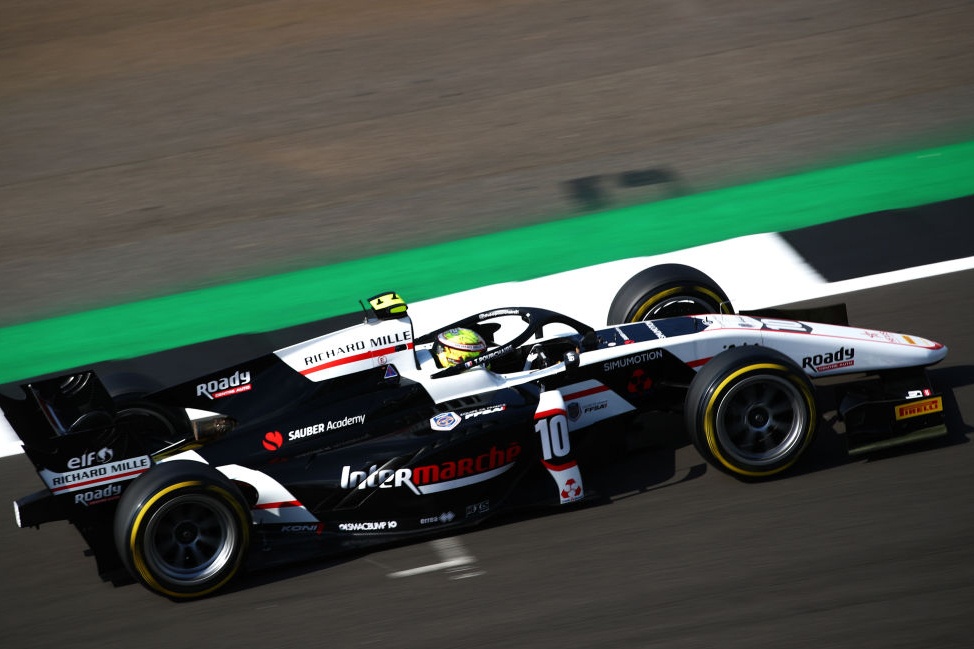 Campos Racing’s new signing David Beckmann started from the reversed grid pole, but he was jumped by a strong-starting Juri Vips into the opening corner.

While the start was relatively clean, slight contact at the start meant Marino Sato lost places after taking to the escape route at the first chicane.

It wasn’t until lap three of 21 that there where yellow flags out though, as Dan Ticktum was sent spinning by Felipe Drugovich, who was penalised for the contact made.

The drama didn’t stop there, as Ralph Boschung and Liam Lawson took to pits with front wing damage from points positions, and Drugovich went into the wall which led to a virtual safety car period.

Once the racing resumed, championship leader Oscar Piastri lost a place to Prema team-mate Robert Shwartzman, dropping him to the back end of the top 10, while main rival Guanyu Zhou moved up to fourth.

There was a safety car period shortly after that, as DAMS’ Roy Nissany – whose engine blew up earlier in the weekend – had a spin.

This chaos helped several drivers to move up the order, and then the restart proved beneficial for some too – including Pourchaire who stormed past Vips for the lead.

Vips’ attention quickly then turned to Zhou, who eventually got by after Vips locked up.

Pourchaire meanwhile pulled away for his second F2 win, crossing the line 4.360 seconds ahead of Zhou. Christian Lundgaard joined them on the podium after a charge up the order as he benefitted from a five-second penalty for Shwartzman.

Recovery drives from Oscar Piastri and Liam Lawson brought them up to fourth and fifth, followed by Shwartzman and Bent Viscaal.

Vips faded to eighth, ahead of Jehan Daruvala and Beckmann, who will again get reversed grid pole for race two.