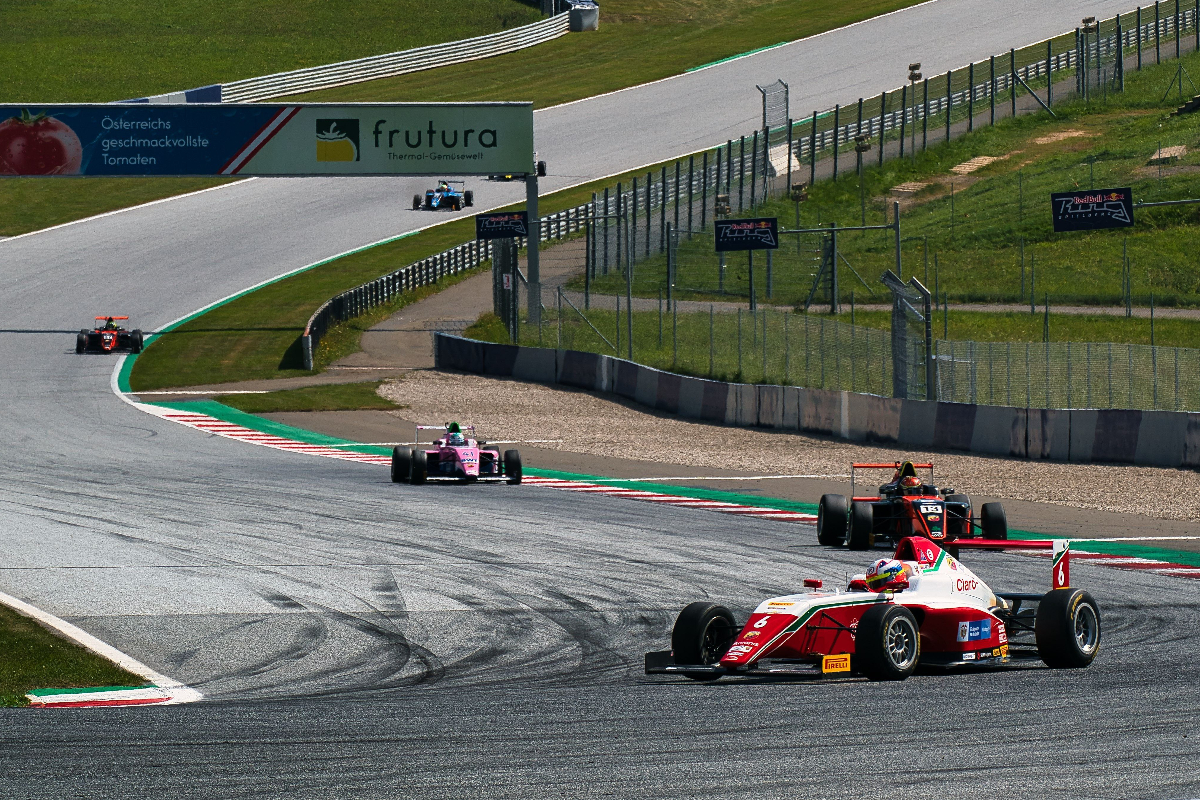 Prema driver Montoya was fastest in Q1, rising to the top halfway through the session and then disputing fastest lap with title leader Ollie Bearman.

BVM Racing’s Francesco Simonazzi had set the pace before Bearman and Montoya go the top of the leaderboard, with Bearman actually having his benchmark lap deleted for track limits violations.

Montoya was the first driver to break into the 1m31s, and with his last two laps made consecutive imrpovements to bring the pole lap down to a 1m31.099s.

Bearman’s final effort was 0.054 seconds short of Montoya’s best, while US Racing’s Tramnitz was a tenth of a second behind in third place.

Russians Nikita Bedrin and Kirill Smal were fourth and fifth, and also within two tenths of a second of the pace, and Bearman’s Van Amersfoort Racing team-mate Joshua Dufek was sixth.

While few drivers had their absolute fastest laps deleted, many lost their second and third-best efforts to track limits violations.

Simonazzi was again quick out of the blocks in Q2, although Bearman this time also put in a banker lap early to move into provisional pole position. He improved to keep himself there until Montoya set the fastest lap of the day with a 1m31.056s, which Dufek then matched.

Tramnitz bided his time before going on track, but on his second flying lap went straight to the top with a 1m30.835s, just as Bearman also broke the 1m31s barrier.

Fornaroli and Montoya weren’t too far behind, and Bearman provsionally got pole for race three – set by each driver’s second-best laptimes – when he failed to improved next time around but still went quickly.

Bedrin and Montoya meanwhile had deleted laps that hampered their race three chances, while Tramnitz improved with two minutes to go to a 1m30.614s. In the laps after he stayed at that pace and secured himself race three pole, while Fornaroli made two improvements that put him to the top of the Q2 leaderboard and therefore earned him race two pole.

The front row positions are swapped around for race three, with Bearman joining Dufek on row two as Montoya’s deleted laps left him down in seventh.

Mercedes-AMG Formula 1 junior Andrea Kimi Antonelli will start 10th for his single-seater debut with Prema, and was 15th fastest in Q2.