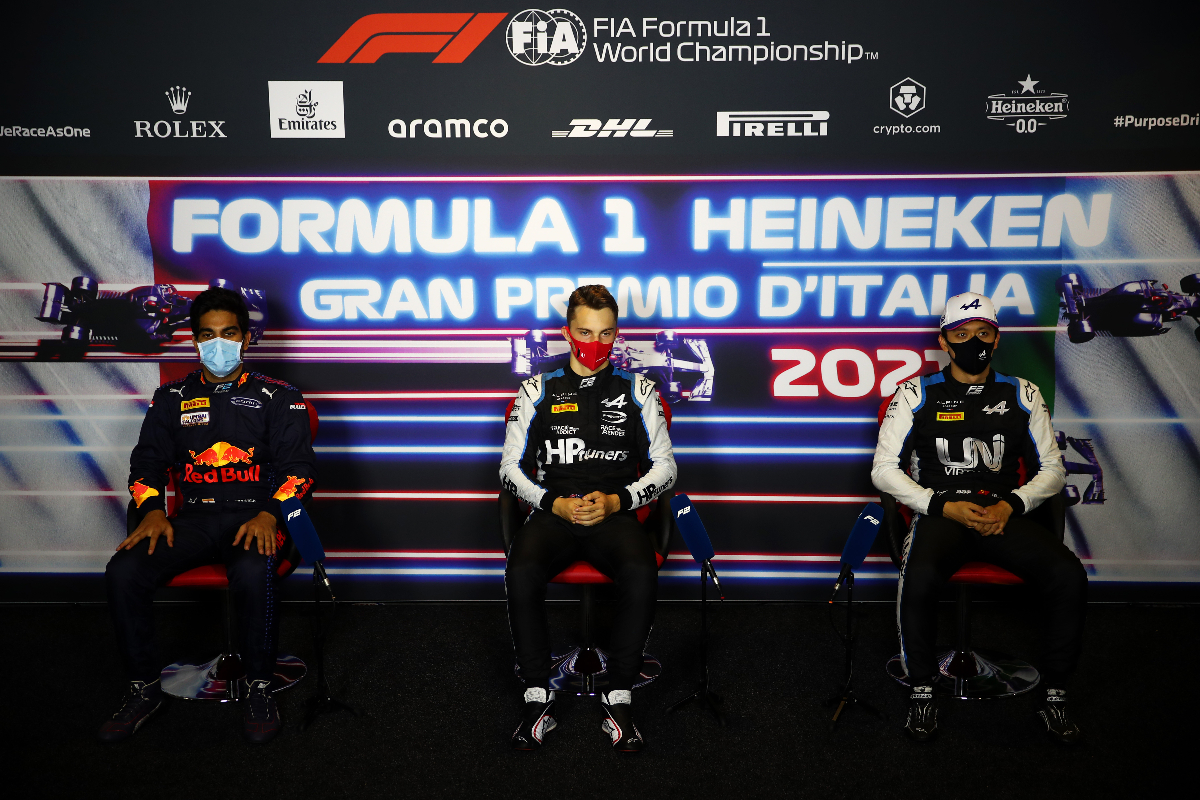 Formula 2 title contender Guanyu Zhou feels that qualifying at Monza was “more messy” than in 2020, highlighting the season’s competitiveness as a cause.

The strength of the tow at Monza, estimated to be worth half a second per lap by ART Grand Prix’s Theo Pourchaire ahead of the weekend, leads to jostling for track position and has caused chaos in Formula 1 and Formula 3 there in recent years.

“Just due to a huge traffic train going on in the out-lap and on the prep lap, which I think everybody was in a pretty low tyre temp for turn one as well.”

Formula Scout asked for a more detailed explanation as to why it was worse than 2020, and the top three qualifiers mentioned F2’s new regulations that prevents drivers from queing up at the end of pitlane to go out in clear track space – meaning they instead slow down on track to create a gap.

“Well, critically why?” Zhou pondered on the issue.

“I think because the field is quite tight and everybody’s so close, we saw that in free practice, and you don’t want to be the first one leaving the pit.”

He added that with the slipstream “massively working well at Monza, he “saw a few drivers were heading off the train and did a good second sector but struggled in the first and third” as they did not make use of it.

Daruvala expanded on how the pitlane position of the top three teams in last years’ teams championship helped their drivers be the top three in qualifying.

“I think everyone realised from last year that if you do lead, even if you perfect your lap, you’re probably not going to be in the top six or seven,” he said.

“Everyone was trying to be as far back as possible, to be at the back of the corridor effect. It showed it worked, because all three of us [here] were pretty much at the back of the field crossing the line. I think every one of us who went after each other kept going a bit quicker, even though it’s a few hundredths, those do make a difference.”

Prema’s rookie Piastri was not as concerned about the traffic, saying “I thought it was pretty quiet compared to F3”, before adding “maybe it looked worse on TV than from where I was, but I thought it was fine”.