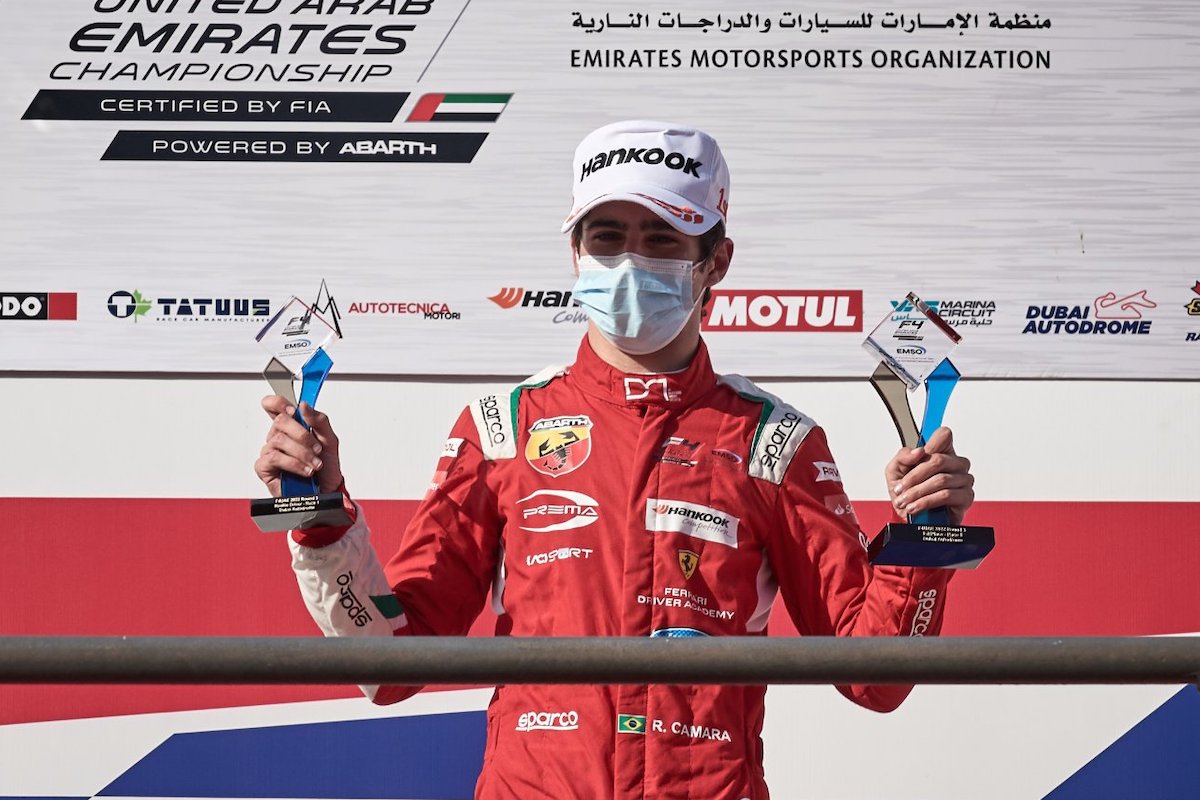 Polesitter Camara led the 25-minute race at the start from Abu Dhabi Racing by Prema team-mate Wurz alongside but there were several incidents at the first turn involving several key players.

Hitech GP’s Luke Browning dropped right to the back of the pack, while now-former points leader Neate pitted from eighth position at the end of the opening lap. There was contact involving Nandhavud Bhirombhakdi and Nikhil Bohra, as well as Suleiman Zanfari, eliminating all three eventually.

The safety car wasn’t out for long before returning to the pits and Camara led away from Wurz and Tasanapol Inthraphuvasak.

It didn’t take long before Camara opened up a gap of a second, before putting in a run of quick laps, including the fastest lap of the race to nab another point, to hold a lead of over three seconds at its peak, before easing off at the end of the race.

Camara came through to win for the third time in five, while Wurz retook the points lead after Neate retired late on after struggling to regain any of the lost ground.

Despite losing a spot early after the restart, PHM Racing’s Nikita Bedrin overhauled Hitech’s Alex Dunne, winner of the crazy race held prior to this one, and Inthraphuvasak to take third place, although his move on Dunne in the closing stages has been reported to the stewards.

Inthraphuvasak was unable to keep with the leaders and dropped off towards the end and finished fifth, just ahead of Martinius Stenshorne, who in turn was just ahead of Ivan Domingues.

Prema’s James Wharton was eighth on his return to the championship after missing a round, while Browning put in a stellar recovery to retake 20 positions to finish in the points in ninth – just one place behind his starting spot.

Conrad Laursen rounded out the points finishers in 10th, just ahead of Miron Pingasov, Christian Ho and Brando Badoer in what was a busy midfield scrap over the final points.

Also among the retirees was Taylor Barnard, who dropped out from seventh in the closing third of the race. There was also an incident involving Anshul Gandhi and Ricardo Escotto which resulted in no further action from the stewards.

Hadjar takes FRAC win in Dubai under pressure from Aron