Hadjar takes FRAC win in Dubai under pressure from Aron 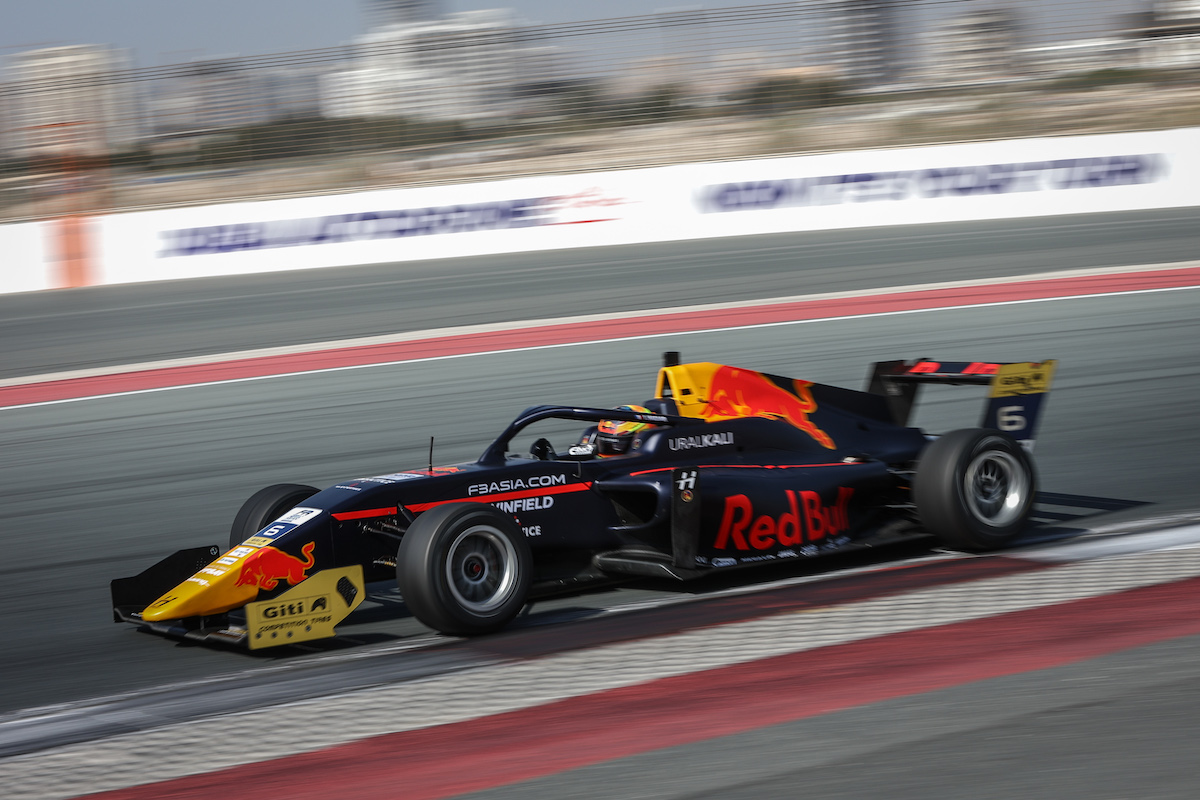 Isack Hadjar has won the first Formula Regional Asian Championship race of round four in Dubai, defending heavily from Paul Aron after passing him for first position on the opening lap.

Pole-sitter Aron comfortably held his own the start, but Red Bull junior Isack Hadjar was able to pass his Mercedes-backed counterpart in the following corners after staying on his tail.

Meanwhile, points leader Arthur Leclerc made a strong start and was able to put pressure on Pepe Marti for third in the opening corners. The Mumbai Falcons driver managed to get past but Pinnacle Motorsport driver Marti was quick to take back the position by the end of the first lap.

Dino Beganovic retired from the race on lap two after going wheel to wheel with Mumbai Falcons team-mate Ollie Bearman and then making contact with the wall. This led to the first safety car interruption of the race.

On the restart Hadjar backed the pack up and launched the restart with Aron tied to his rear wing and looking to make a move on the inside. The pair stretched a gap of one second to Marti in third.

Aron edged closer to Hadjar the remaining laps and was able to get within an overtaking distance with five minutes of the race remaining.

The Estonian made a move on the inside after Hadjar ran wide. The pair raced wheel to wheel around the final corner, drifting off the track. Hadjar held the position into the first corner of lap 12, but Aron was still on his tail.

This gave chance to Marti, who started to close in on the battling pair but was unable to get close enough to make a move. Aron went wide making a mistake on the final lap, allowing Marti to almost take the second podium position.

Gabriele Mini and Bearman and Jak Crawford battled behind for fifth but as the race continued the top 10 were unable to follow closely enough to make any moves.

William Alatalo to race for Jenzer Motorsport in F3