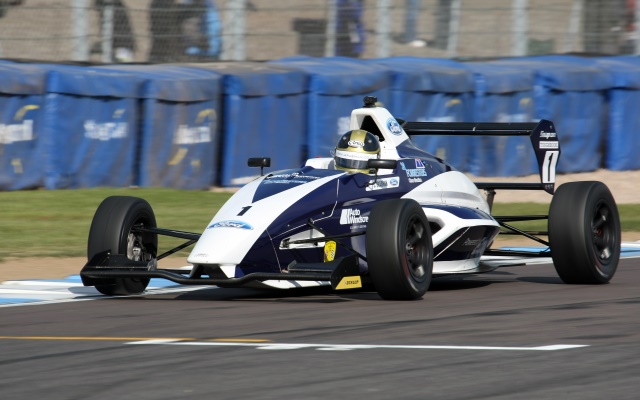 Sam Brabham will miss this weekend’s Formula Ford GB round at Croft because of a lack of budget.

Brabham rolled heavily in race two at the Oulton Park round earlier in June following a wishbone failure, bringing an early end to his weekend.

At the previous round at Thruxton, Brabham scored his first two wins in single-seater racing.

“It?s perhaps a popular misconception that because I?ve got a famous racing name, I?m bound to have the budget to compete,” said 19-year-old Brabham, who lies sixth in the standings at present.

“It makes no difference if I?m a Brabham or not, the budget required is the same for everyone and that?s nothing to be ashamed of. It?s been challenging this season and our luck, like at Oulton Park, just hasn?t played to running on restricted finances.

?I?m not in the championship hunt anymore this year, so I need to look at the bigger picture. We?re talking to a few interested parties and I hope we can either work up some new deals or find some new backers. We?re certainly not giving up and if anything this just makes me stronger and even more determined.?

Jack Barlow remains sidelined since his testing crash at Thruxton after just the opening round.

There are two drivers set to join the grid at Croft, with Louise Richardson returning with her family team having secured backing for the rest of the season and 16-year-old karter Jai Nijjar?making his car debut in a third Meridian entry alongside team regular Connor Mills and Oulton debutant Connor Jupp.