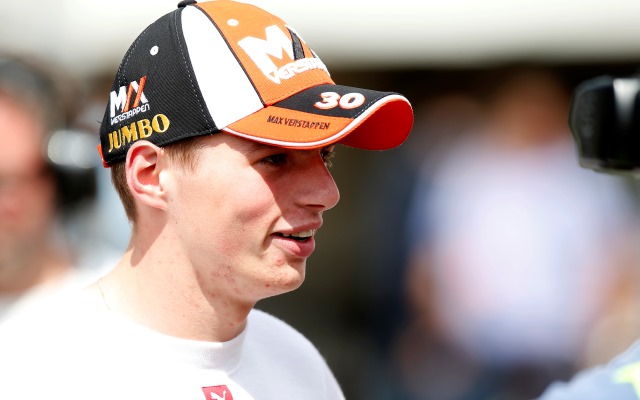 Just six months into his first year of single-seaters, Max Verstappen has broken all the unwritten rules about what a car racing rookie can do. Firstly he’s jumped straight into Formula 3, bypassing the traditional entry level series. He’s gone straight into the increasingly competitive FIA F3 European Championship. And yet he’s been racing at the sharp end, and at Spa became the first driver this season to win all three races in a weekend. He only turns 17 in September…

Verstappen was born with racing history on both sides of his family. As well as his Formula 1 driver father Jos, his Belgian mother Sophie Kumpen was a successful kart racer. Max began his own karting career aged seven, immediately becoming Belgian champion in the Mini category. He retained the title in 2006, and in 2007 won the Rotax Mini Max titles in Belgium and the Netherlands. He went one better in 2008 with three titles – the Belgian Mini Max, Benelux Mini Max and Belgian Cadet, all of which he won again in 2009.

For 2010, now aged 12, he was able to step up to international competition. Joining the factory CRG team, he was immediately successful at KF3 level with four titles in his rookie season. He won the WSK Euro Series, the WSK World Series, the WSK Nations Cup and the Bridgestone Cup. He was also second to Alex Albon in the CIK-FIA World Cup and to Egor Orudzhev in the Winter Cup. Verstappen’s second year in KF3 in 2011 is not as successful. He retained the WSK Euro Series title, beating Esteban Ocon and Dennis Olsen, and was again second in the Winter Cup, but crashes hampered him in the European Championship and World Cup.

Verstappen moved up to the senior levels in 2012, beating Antonio Fuoco and Olsen to win the KF2 Winter Cup as well as the WSK Master Series, while he finished second in the World Cup. A time penalty prevented him winning the European Championship. He also began competing the gearbox KZ2 class, although honours were hard to come by at first. He put that right in his final year of karting in 2013, winning six major titles in all. In KF he won the Winter Cup again as well as the European Championship, while he came third in the World Championship. In KZ, he wins the WSK Master Series, the WSK Euro Series and the European and World Championships. 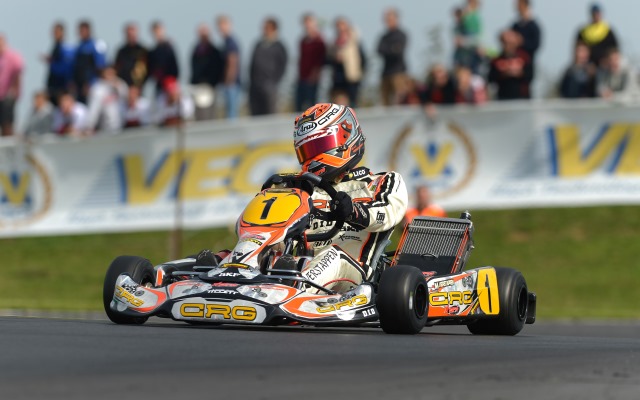 Verstappen during the World KF Championship in 2013 (Photo: CIK/KSP)

With a move into single-seaters on the horizon, Verstappen began testing cars in August 2013, driving a Formula Renault 2.0 at Pembrey in Wales and impressing. He continued to show extraordinary speed in FR2.0 tests across Europe, and at the end of the year tested a German F3 car with Motopark and set the pace.

His first races in single-seaters came early in 2014 in the new Florida Winter Series, run by the Ferrari Driver Academy with Formula Abarth cars. Against experienced F3 drivers, he was on the pace from the start, finishing fourth after leading his first race at Sebring. A collision put him out of race two, while he finished eighth in race three after qualifying on pole but receiving a penalty for a false start. In round two at Palm Beach, Verstappen finished a close second to Fuoco in race one, was seventh in race two and then claimed his maiden car win in race three from another pole.

The last two rounds of the FWS took place at Homestead-Miami. In the first, Verstappen took two thirds and and non-finish, while in the finale, he was fourth, then fifth and in race three he took a narrow win in a photo finish after an epic race with Nicholas Latifi, who had won the round’s earlier two races.

After the FWS campaign, it was announced that Verstappen would step straight in to the FIA F3 European Championship with Van Amersfoort Racing for his first full single-seater campaign. He was immediately fast, qualifying inside the top six for all three races at Silverstone. His inexperience cost him in race one when he made first lap contact, before finishing fifth in race two and second in race three. At Hockenheim he again made first-lap contact in race one, while a car problem stopped him from taking up his pole position for race two. Everything went right in race three though, as he claimed his first F3 victory. 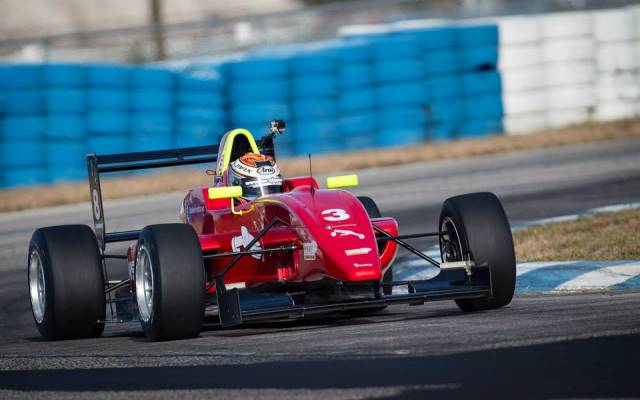 On the notorious Pau street track, he was right on the leading pace, fighting with championship leader Ocon in qualifying. The split qualifying format left him third on the grid for each race, and he finished race one in the same place. He crashed out in race two, and again in race three after defence from Ocon at the start led to a brush with the wall. The non-scores continued at the Hungaroring, retiring out of third in race one with a car problem and being slapped with a drive-through for track limits while fifth in race two. He ended the weekend with a fourth.

At round five at Spa, Verstappen really began to make the most of his speed. He didn’t qualify on pole at all, but in all three races he worked his way to the front early on and then defended and managed his lead well to claim a hat-trick of wins. In race one he slipstreamed into the lead on lap one and kept Lucas Auer behind, while in races two and three he saw off the challenge of Esteban Ocon with some brave moves.

The result has moved him up into third in the championship standings, over 100 behind Ocon but only 19 behind the more experienced Tom Blomqvist.

Sometimes a driver comes along whose performances and results exceed what can be expected for one of their age or experience. But Verstappen has made those kind of drivers look average. We’ve had teenagers win races in larger cars before, but not like Verstappen’s performance against what is perhaps the most competitive field out there in 2014. And he’s in a team that hadn’t won a European F3 race before.

Does sitting third in the standings as a 16-year-old karting graduate make him the most talented driver around? The counter argument is that a talented driver will be quick in any car regardless of experience. Just because he’s skipped the entry level series, doesn’t necessarily mean he is better than those that don’t. But on the other hand, he’s outscoring Fuoco, and defeated Ocon at Spa. Where he has lost out so far has been at getting results, with his aggressive flat-out style and lack of experience leading to contact and mistakes. But these are things that, given the time, will get ironed out just as they are by other drivers on a lesser stage.

With Verstappen, it’s a case of ‘when’ not ‘if’ he will get to Formula 1. He doesn’t have any prominent backers yet, but budget is unlikely to be an issue given his father’s contacts and Max’s own high profile in the Netherlands. He worked with the Ferrari Driver Academy in Florida, but there is little need for him to tie himself to any particular team at this stage. And Ferrari may be reluctant to take him on formally for the fear of him overshadowing their existing Italian proteges.

Although he could easily finish runner-up in F3 this year, it will be important not to move up too quickly. Jos did that, and never fulfilled his ultimate potential. Even though Max could probably win races at the next level, he would be wise to do another year of F3 to allow himself to mature and eliminate his weaknesses. He’s got time on his side. 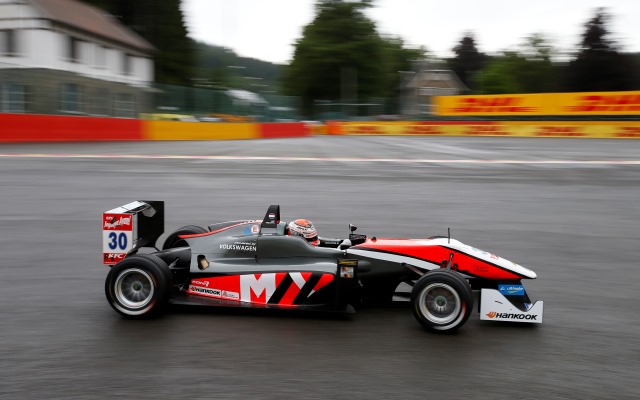