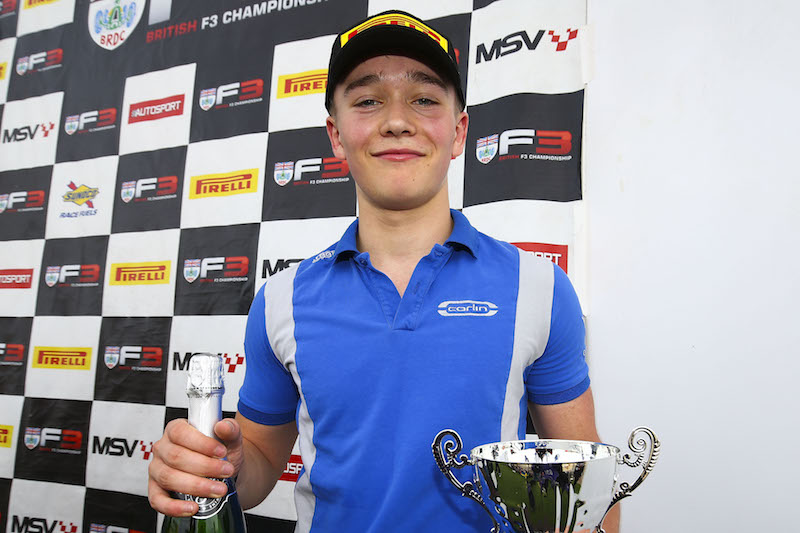 Billy Monger will contest the Euroformula Open Winter Series with Carlin at Paul Ricard this weekend as he eyes a full season in the category.

Monger was aiming to race in the new FIA Formula 3 Championship this year, but there was no space for him in the three-car Carlin line-up that was completed earlier this week.

?It seems a long time since we were last racing in BRDC British F3 in early October! The Dallara F3 is a great car and a real step-up from what I?ve experienced before.

?There are still some issues to overcome in the cockpit, but we?re working hard to get them resolved as quickly as possible.”

?This weekend will be another challenge for Billy,” said team boss Trevor Carlin. “It?s another move up the motorsport ladder, as well as visiting a circuit he has never raced on before.

?Our main aim this weekend is to get him comfortable and competitive as he prepares for the season ahead. Hopefully, subject to current sponsorship negotiations, this is just the start of his season in Euroformula Open.?

Monger was announced as a new recruit to the British Racing Drivers Club’s SuperStars programme on Wednesday.