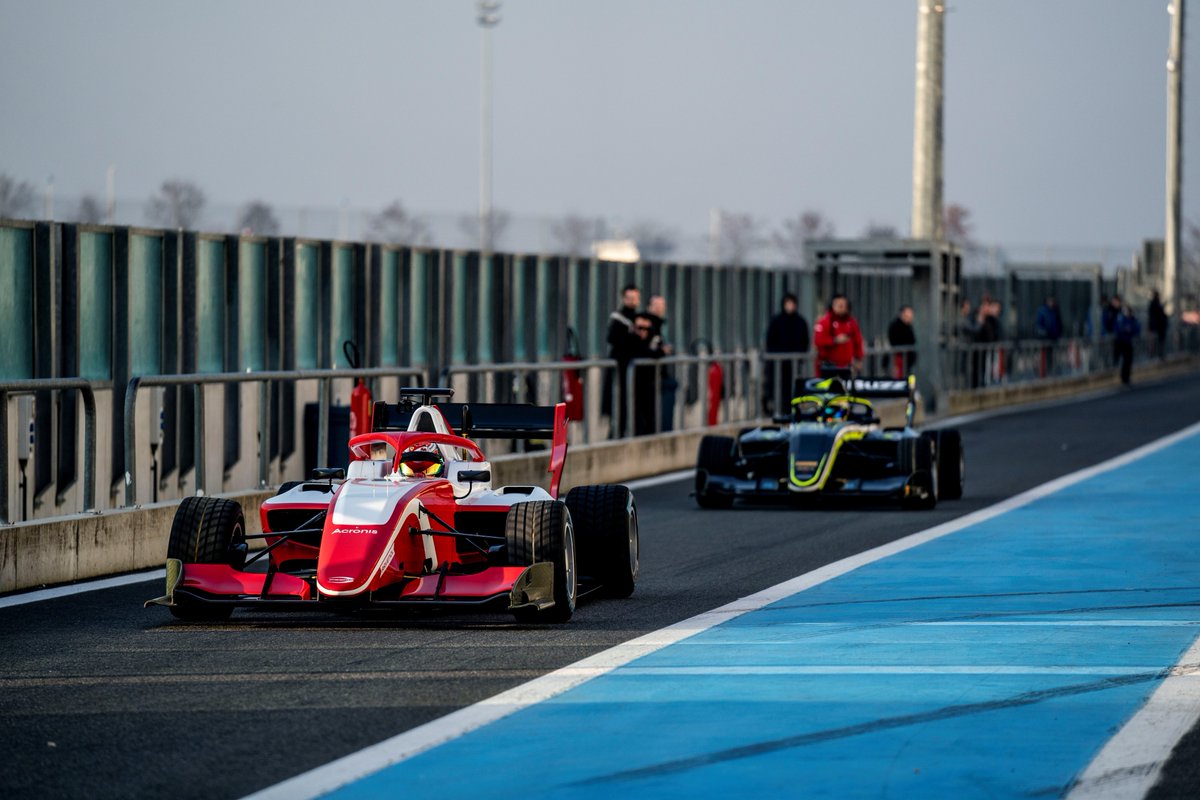 The FIA Formula 3 Championship held its first collective on-track running at Magny-Cours on Wednesday, with each team getting its first mileage with the new car.

Each of the 10 teams had one car to use, which they shared between up to three drivers.

Times were not released, but ART completed the most laps in the morning session and Prema the most during the afternoon, with both squads rotating between their three contracted drivers. 635 laps were turned in total between all of the teams.

?I am very pleased with how the shakedown went today,” said series technical director Didier Perrin.

Most of the 23 drivers in action have drives in the series confirmed, including Wednesday morning announcement Niko Kari, who was?joined by Pedro Piquet and Devlin DeFrancesco.

Fabio Scherer was the only one of the three freshly-revealed Sauber Junior Team drivers in action, while Carlin, Hitech, HWA and Jenzer ran two drivers.