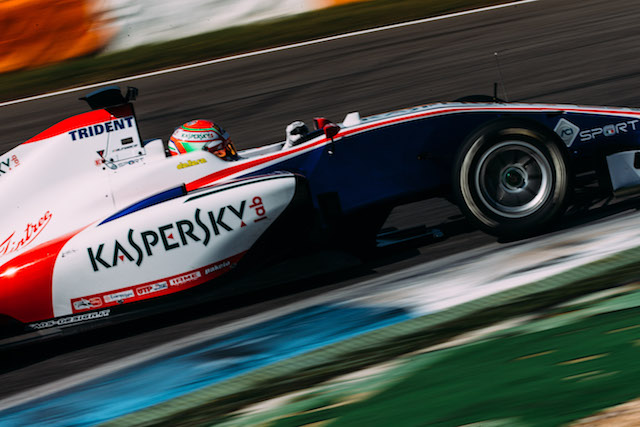 As on Wednesday, Trident driver Fuoco topped both of the day’s sessions. His 1m27.293s from the morning was the best lap of the three-day test.

He was almost half a second quicker than Arden’s?Jake Dennis, who?together with ART’s?Alex Albon occupied their rather customary second and third places respectively.

Fuoco topped the slower afternoon session with a time 0.999s slower than his morning mark, displacing team-mate Artur Janosz at the end of the day by just over two-and-a-half tenths.

There was one change to the line-up for the final day with Jenzer’s third car occupied for the first time this week by Chinese driver Hong Li Ye, last seen in Formula Renault Alps in 2014.

After propping up the times in the morning, he was 10th quickest in the afternoon despite causing a red flag with contact with the barrier at Turn 2. Stuvik, Jorg and Parry all triggered halts during the afternoon by stopping on track. A spin for?Konstantin Tereshchenko?brought an early stoppage in the morning, before further issues for Charles Leclerc, Fuoco and Janosz.