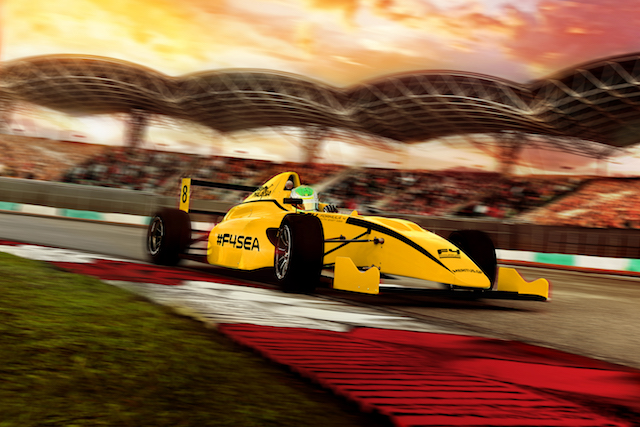 The new Formula 4 South East Asia Championship will use a Renault engine when it gets underway later this year.

Renault has developed the new F4R engine, based on a production unit of the same name, for use in FIA Formula 4.

The engine has undergone testing on circuits in France, while F4SEA has?also run the engine in hot conditions on its home track of Sepang in Malaysia.

In F4SEA, the Renault engine will be fitted to the Mygale F4 chassis that is also raced in Britain, Australia and China.

“We had to match a very tight specification list and are 100 per cent?satisfied with the outcome,” said Renault Sport Racing customer racing chief Jean-Pascal Dauce.

“The global environment and success of the FIA Formula 4 pushed Renault to launch the new F4R engine for 2016 and we are proud to have Formula 4 South East Asia as our first global client.?

“A budget of ?100,000 for 30 races makes F4SEA the most cost-effective F4 championship in the world, while our unique open data rule optimizes success and ensures talent wins,” he said.

“Our association with Renault Sport Racing means our young drivers will be ?on?the radar? of the Renault Sport Academy, and?F4SEA champions will be rewarded?with?an end-of-season Formula Renault 2.0 test.”

The F4SEA cars will be run centrally by top Malaysian?outfit Meritus.GP, which operated the preceding AsiaCup Series and as a team has claimed championship titles with Narain Karthikeyan, Takuma Sato and Rio Haryanto in the past.

The final AsiaCup Series champion Jordan Love tested?the F4SEA car at its Sepang launch in December, and has also had the chance to sample?an old Meritus GP2 Asia car at the circuit.

The first round of F4SEA will take place at Sepang on 6-7 August with further rounds planned across the region.