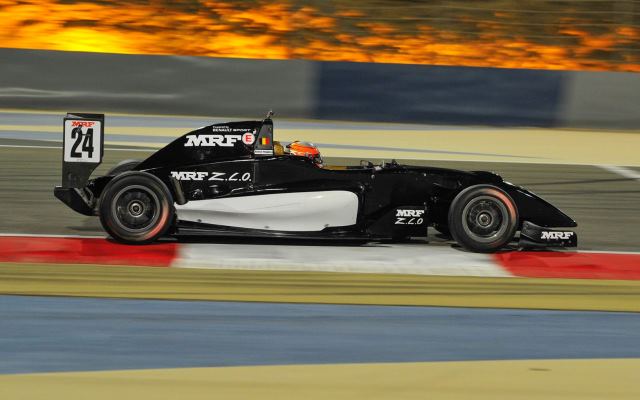 Alessio Picariello won from pole in the first of Friday’s two MRF Challenge races in Bahrain.

The 2013 ADAC Formel Masters champion was 1.9 seconds clear out front by the end of lap one and gradually extended that advantage to 3.7 seconds over the 10-lap duration.

Russian 16-year-old Nikita Troitskiy lost second place to Tatiana Calderon on the opening lap but regained on the second tour and finished three seconds further up the road.

Calderon held onto fourth under pressure from her European Formula 3 colleague Pietro Fittipaldi, while Matheus Leist was not far behind his fellow Brazilian in his first race in the MRF car after gaining spots on the first lap.

Sean Walkinshaw was a lonely sixth, while Harrison Newey was seventh after holding off the battling trio of Dylan Young, Sam Dejonghe and Max Fewtrell, who traded places throughout.

Tarun Reddy finished on the tail of that group in 11th having started from the pits after stalling from third on the formation lap.