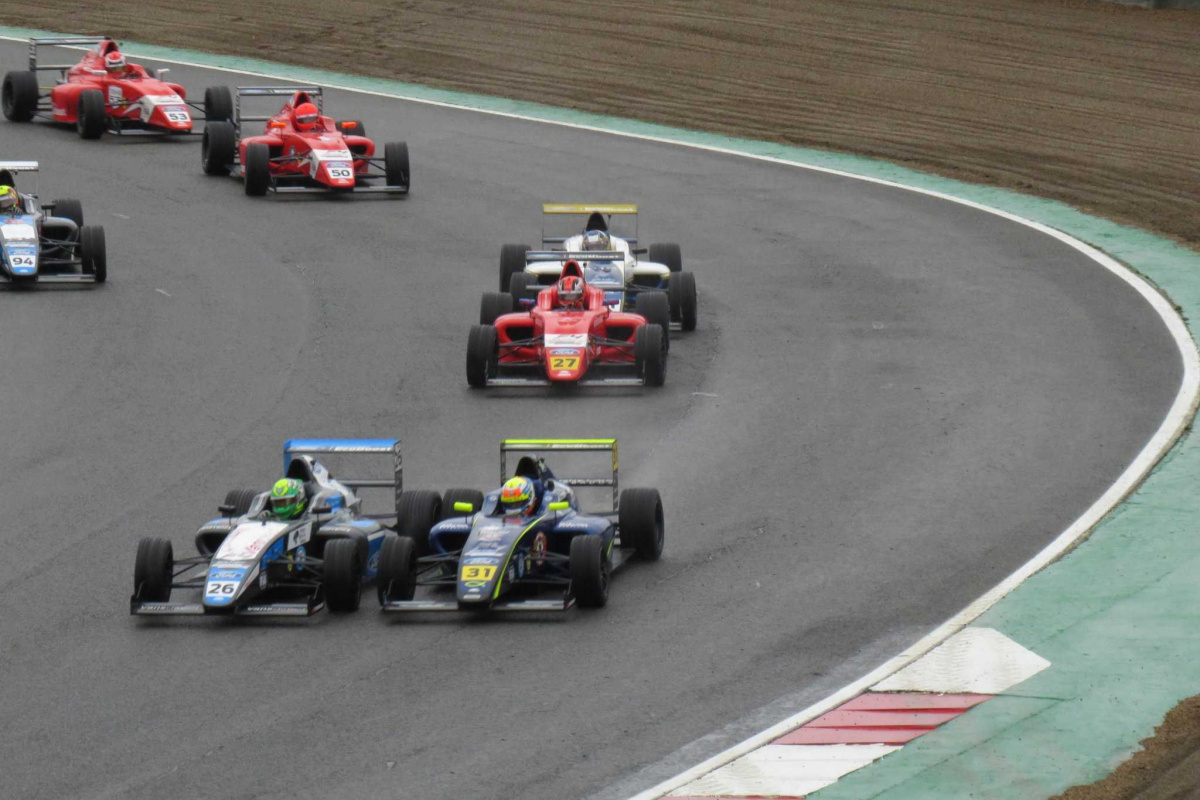 Zane Maloney won the opening race of the British Formula 4 decider at Brands Hatch after colliding with title rival Louis Foster on the opening lap.

Foster and Maloney both passed pole sitter Alex Connor off the line and were battling for position as they approached Paddock Hill Bend.

The two ran side by side, with Maloney on the outside of the corner, before making contact. Maloney ran through the gravel but managed to continue, while Foster span and beached his Double R Racing run car into the gravel.

The Carlin driver maintained the lead as the safety car was brought out to clear Foster?s car.

On the restart, Luke Browning stuck with Maloney, looming in the Carlin?s mirrors as he tried to find a way through. Maloney held firm and managed to build a small gap before Roberto Faria ran into the gravel and brought out the second safety car.

The race resumed with just over two minutes remaining. Maloney was able to pull away on the restart to finish just 1.172s ahead of Browning.

Sebastian Alvarez, the only other driver still in the championship fight, took third, losing 10 points to Maloney.

Connor came home fourth ahead of Bart Horsten and Carter Williams, who spent the second half of the race battling to find a way past Tommy Foster.

Foster defended well, collecting both JHR Developments drivers behind him, but ran slightly wide on the final lap and dropped back to eighth, behind Josh Skelton.