2015 will mark BRDC F4’s last year racing the MSV F4-013 chassis, with the series switching to an FIA-spec car next year.

Only then will the series be open to 15-year-old racers – and it’s safe to say BRDC F4’s current age limit has had a noticeable effect on the grid as the series had no chance to challenge MSA Formula for the signatures of star karters Enaam Ahmed, Lando Norris and Dan Ticktum.

Despite that,?MotorSport Vision have managed to get a solid lineup for their F4-013 car’s last hurrah, retaining the championship’s lead teams and getting 19 names on the grid for the season opener.

The BRDC F4 title went to the wire in both previous years of the series and this season could very well produce another classic. Below, we take a look at the drivers and teams making up the 2015 grid. 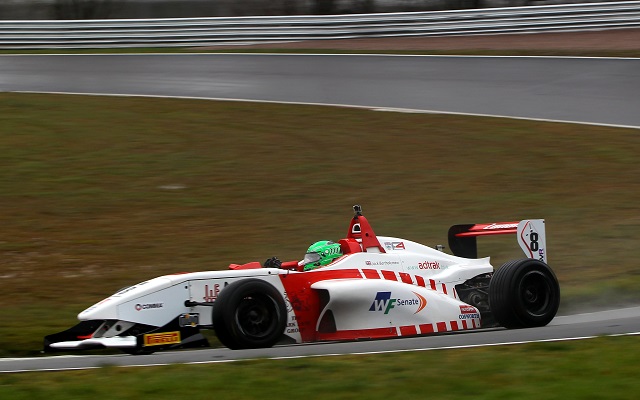 BRDC F4’s two-year history has seen two titles and 15 wins for Lanan Racing drivers, so it’s pretty much a given that the team will be right up there in 2015. However, unlike some of their noted rivals, Lanan have not retained any of their 2014 drivers and their new lineup will certainly need to adapt quick to stay in contention.

Their 2015 title push is likely to be led by Mexican racer Rodrigo Fonseca. He might’ve missed out on podiums in his debut season, but Fonseca was a force to be reckoned with in the Winter Series, taking two wins and claiming an overall third.

However, Lanan’s quickest representative in Wednesday’s pre-season test was newcomer Jack Bartholomew. And that was not surprising – the 16-year-old left karting with plenty of accomplishments, including runner-up in last year’s Super 1 series in Rotax Max and the win in the same class of Kartmasters Grand Prix. With Lanan’s support, Bartholomew should be challenging for wins before too long.

The lineup is completed by Chris Mealin – a Formula Ford 2014 graduate who was third in the Scholarship Class and took an overall podium at the very track BRDC F4 is opening at – Oulton Park. 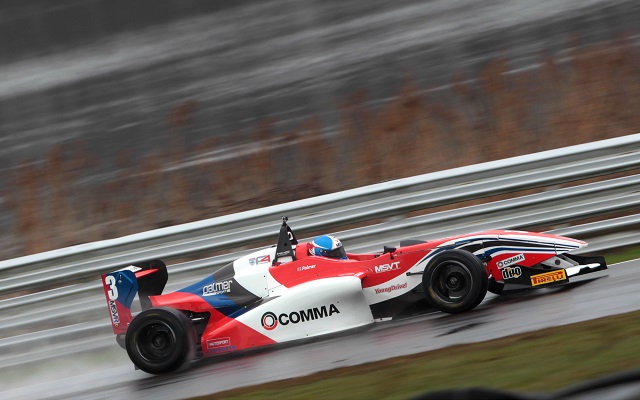 Last year, HHC were by far the biggest thorn in Lanan’s side as the two teams locked out the entirety of the top six. And in 2015, they have to be aiming to dethrone the reigning champions.

Certainly, it doesn’t seem that there’ll be any other acceptable result for the team, especially not after the re-signing of Will Palmer. The 18-year-old is both the highest-placed 2014 driver to return to the series and the reigning Winter Championship title holder. By most indications, the crown is his to lose.

Playing support to Palmer will be two rookies – Harri Newey and Sisa Ngebulana. Newey, son of F1 engineering legend Adrian, had a very respectable outing in the Winter Series and should be aiming for the occasional podium.

Ngebulana, meanwhile, has been a prominent karting driver in his native South Africa, but is up against a pretty huge career move and will surely need some time to adapt.

All three HHC drivers were within the top six in the pre-season test, which could be a rather worrisome sight for the North Yorkshire team’s rivals. 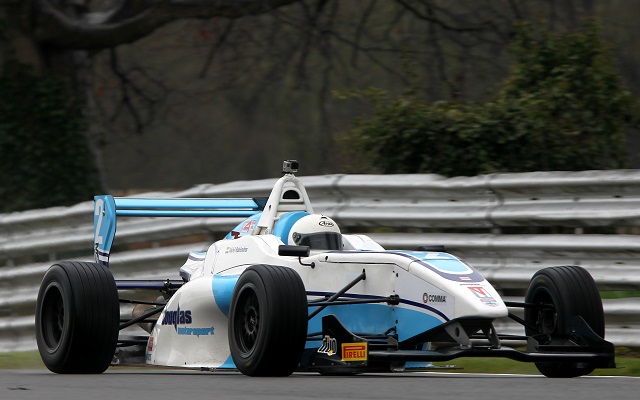 2013 Winter Series champions and race-winners in 2014, Douglas have scaled back down to two entries for 2015.

Again, they will be tackling the series with an international lineup, consisting of Indian Akhil Rabindra and Mexican Fernando Urrutia.

Rabindra, runner-up in the JK International Tyre series in his native country, could be “challenging for podiums” from the get-go, according to team boss Wayne Douglas. Given his lack of prior experience in Europe, however, that might be a tough ask.

Urrutia was second in the Panam GP Spring Series and already has BRDC F4 experience under his belt, finishing sixth in the Winter Series.

With the Protyre series that MGR won twice in the last two years closing down shop, BRDC F4 is now likely to be the squad’s priority on the UK scene.

Their first signing of 2015 is Argentinian racer Hernan Fallas, who raced in Formula Metropolitana for several years but is yet to compete in Europe.

He is joined by another rookie – Michael O’Brien, who made his motorsport debut last year and took a best finish of fourth in a part-time Formula Ford campaign.

SWR ran two very talented race-winners Jack Barlow and Matthew Graham in BRDC F4’s inaugural season, but their much tougher 2014 was notable mostly for a tie-in with the now-defunct Caterham F1 squad.

But they might be back in a big way in 2015, headed by returnee Jordan Albert. The 18-year-old was 11th in his debut season last year and took podiums in five Winter Series races out of eight. On Wednesday, he was within the top two in each of the four sessions and ended the day as the pacesetter. Surely, a title challenge is to follow.

The other signing is Zubair Hoque, who racked up good results on the British karting scene over the past few years and was fifth in the Winter Series.

One of just four teams to win races in both BRDC F4 seasons thus far (the others being Lanan, HHC and MGR), Hillspeed have fielded a fully-foreign lineup in 2014 and will continue doing so this year.

It should be noted that Lanzetti was very much on pace during the Wednesday test, even going as far as to top one of the sessions. 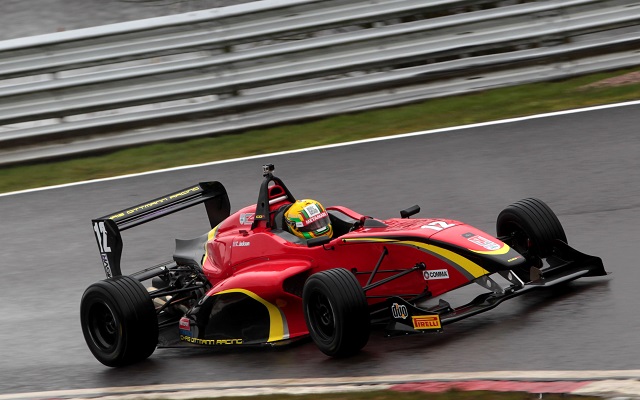 Despite having been with BRDC F4 from 2013, Chris Dittmann Racing are yet to win a race or even take a podium finish in the series. But that is sure to change this year.

Tom Jackson will be their sole entrant for the opening two rounds but should be a considerable threat by himself, with previous BRDC F4 experience and good pace in testing.

Omar Ismail found success in karting in Oxfordshire and Northamptonshire and could deliver solid results when turns 16 and joins the series from round three. 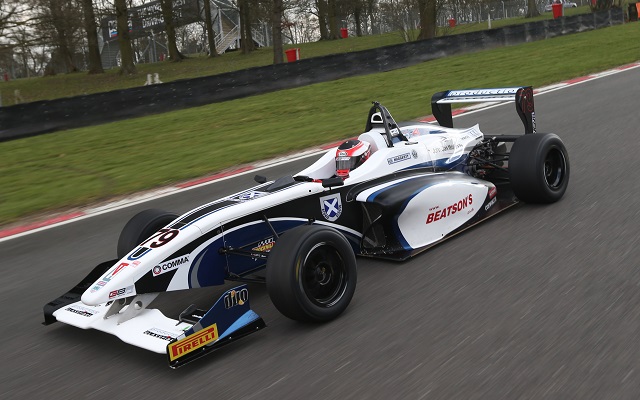 A fair amount of hype has surrounded BRDC F4’s acquisition of Ciaran Haggerty, the Scottish Formula Ford 1600 champion mentored by retired IndyCar legend Dario Franchitti. Haggerty will be run by Graham Brunton Racing with support from British GT champions Ecurie Ecosse and could very well be a dark horse in the series.

Connor Jupp, who was so nearly a race winner in BRDC F4’s Winter Series, was expected to run with Mectech, but appears to be absent from the lineup for Oulton Park.

Finally, funding issues have prompted Brazilian outfit PetroBall to withdraw from the series for 2015. The team had previously signed Gaetano di Mauro and Enzo Bortoleto, the former poised to be a sure-fire title contender.