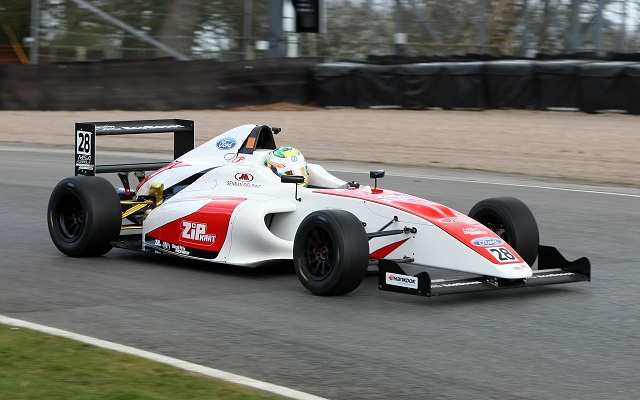 Sennan Fielding set the pace in the pre-event testing at Brands Hatch ahead of the first MSA Formula round.

Fielding has joined the series with new single-seater entrants JHR Developments after he finished fourth in BRDC F4 last year.

In the drier of two sessions on Friday, Fielding led by four hundredths of a second from Ginetta Junior graduate and world karting champion Lando Norris.

The running was brought to a premature end by a collision at Paddock Hill Bend between Alexandra Marinescu and Tarun Reddy after a spin for the former. Both were unhurt but Marinescu’s Falcon Motorsport-entered car was too badly damaged to take any further part in the weekend.

Norris had topped the earlier session on a wetter circuit, four seconds slower than he went in the afternoon.

Completing the top ten was Louise Richardson in her first drive of the MSA Formula car, with the family team.

Leist claimed third in the afternoon session, just three thousandths of a second slower than Norris, with Collard and Herta also within a tenth of the pace.