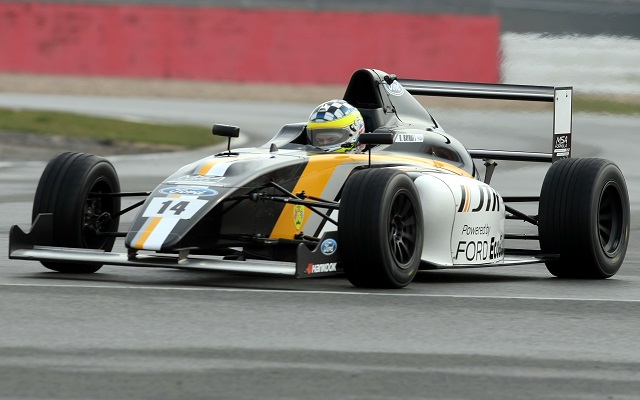 Dan Baybutt upstaged the favourites to claim a last-gasp pole position for the first ever MSA Formula race at Brands Hatch.

World karting champion Norris will start on pole for the third race of the weekend due to having the quickest second-best time.

The JTR drivers came on strong as the session reached its climax, with James Pull having moved up into second behind Norris on his penultimate lap before Baybutt knocked him down to third. Brazilian Matheus Leist led at one stage before being shuffled down to fourth.

Pull and Leist will move forward to second and third respectively on the grid for race three, with Baybutt back in fourth.

Dan Ticktum was fifth quickest, while Louise Richardson claimed a considerably impressive sixth for her family team at the chequered flag, just a day after driving the MSA Formula car for the first time.

Another late addition to the grid Jack Barlow wound up seventh for MBM Motorsport ahead of Enaam Ahmed, with Sennan Fielding and Tarun Reddy completing the top ten.

Race three will see Ahmed up in fifth ahead of Barlow, Ticktum, Fielding, Ricky Collard and Richardson.