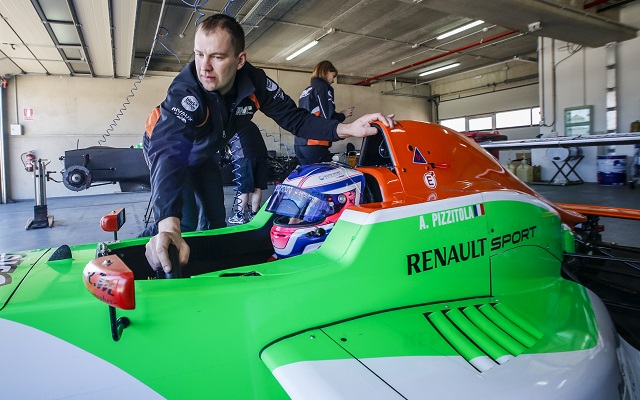 37 Formula Renault 2.0 hopefuls will take to the track during the second official pre-season Eurocup test that will take place on March 6-7 at Paul Ricard.

Again, teams’ champions Tech 1 Racing will run the biggest number of entrants in the test with five confirmed drivers. Anthoine Hubert, Egor Orudzhev and Vasily Romanov will represent the French team’s Eurocup contingent, while Akash Nandy and Patric Armand will be preparing for their participation in the 2014 FR2.0 Alps season.

Manor MP’s Eurocup veterans Andrea Pizzitola and Steijn Schothorst will participate in the test alongside Matthew Graham, who will test in the third Eurocup car, and Julio Moreno, who appears set to join the Dutch team in FR2.0 NEC.

ART Junior Team will field Levin Amweg, who’s signed on for the 2014 season, and Aurelien Panis in their Eurocup cars. Dutch driver Jeroen Slaghekke will also test with the team, having raced Road to Indy’s USF2000 in 2013 with a sophomore campaign on the cards for this year.

2012 Formula 2 runner-up Matheo Tuscher will once again test with China BRT by JCS, this time alongside British F3 National Class champion Sun Zheng. Victor Franzoni, who is signed on for USF2000, will test on day one in their third car, with the driver for day two yet to be announced.