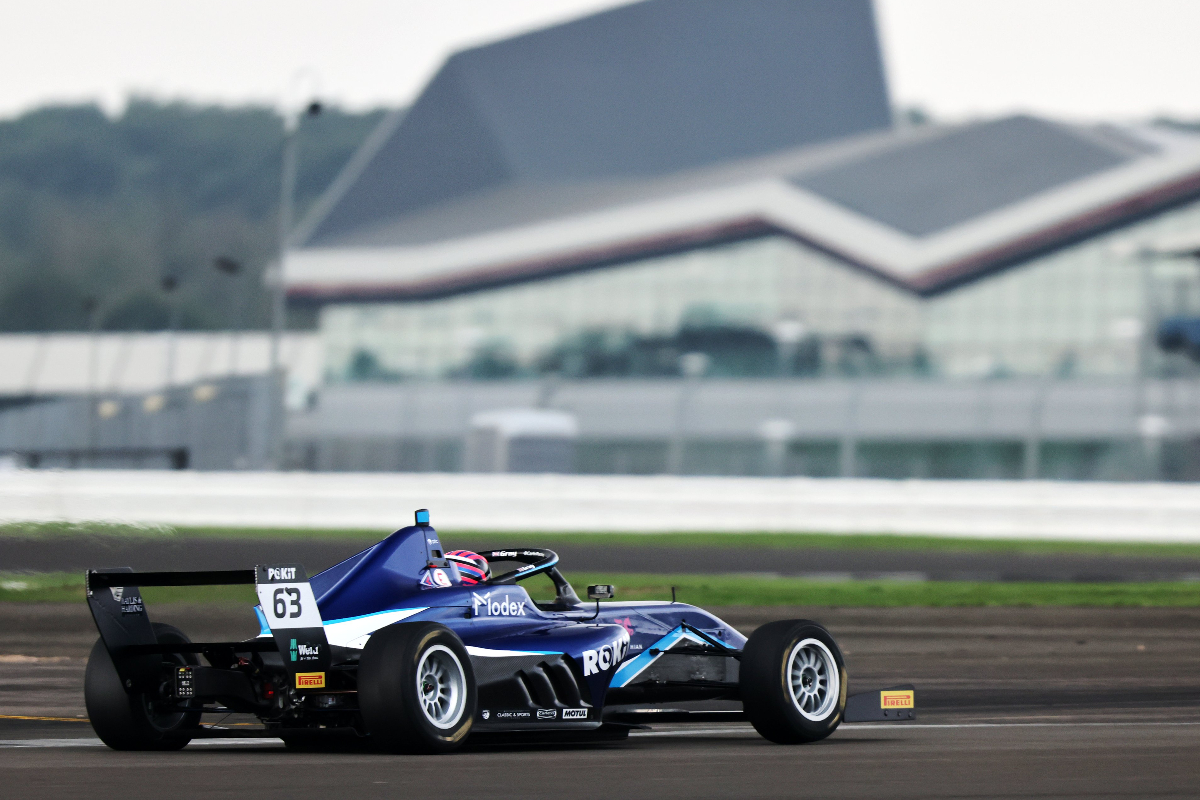 The Williams junior beat championship leader Alex Dunne by just 0.026 seconds to take his first pole position of the season, then by setting an identical laptime on his next tour he was able to secure pole for race three of the weekend as well.

Qualifying was haulted midway through when Hitech GP’s Daniel Mavyutov beached himself in the gravel at Copse, but the field was able to get out again for 10 minutes of running once the session restarted.

Laptimes tumbled through qualifying, with single-seater debutant James Higgins topping the times early on for the returning Fortec Motorsports team. Provisional pole changed hands almost a dozen times before the red flag stoppage, and Ugo Ugochuckwu, Dunne and Georgi Dimitrov all spent the first 10 minutes at the sharp end of the field.

It was Gray on top when red flags were waved, just seven hundreths of a second clear of Dunne.

Improvements continued in the second half of the session, but with smaller gains as drivers got closer to the limit. Joseph Loake went fastest with a 54.286s lap, only for it to be bettered by Gray moments later.

Carlin driver Gray ended the session with two 54.252s laps in a row.

Louis Sharp was fourth fastest, ahead of Aiden Neate and Ugochukwu.

Daniel Guinchard had been on a flying lap when the red flags were brought out and he had to abandon his lap. He would continue to improve in qualifying’s second half, eventually taking the chequered flag in seventh place and less than two tenths off pole.

An improvement on his final lap of the session put Oliver Stewart, meaning the Hitech driver will start from pole for the reversed-grid second race of the weekend.