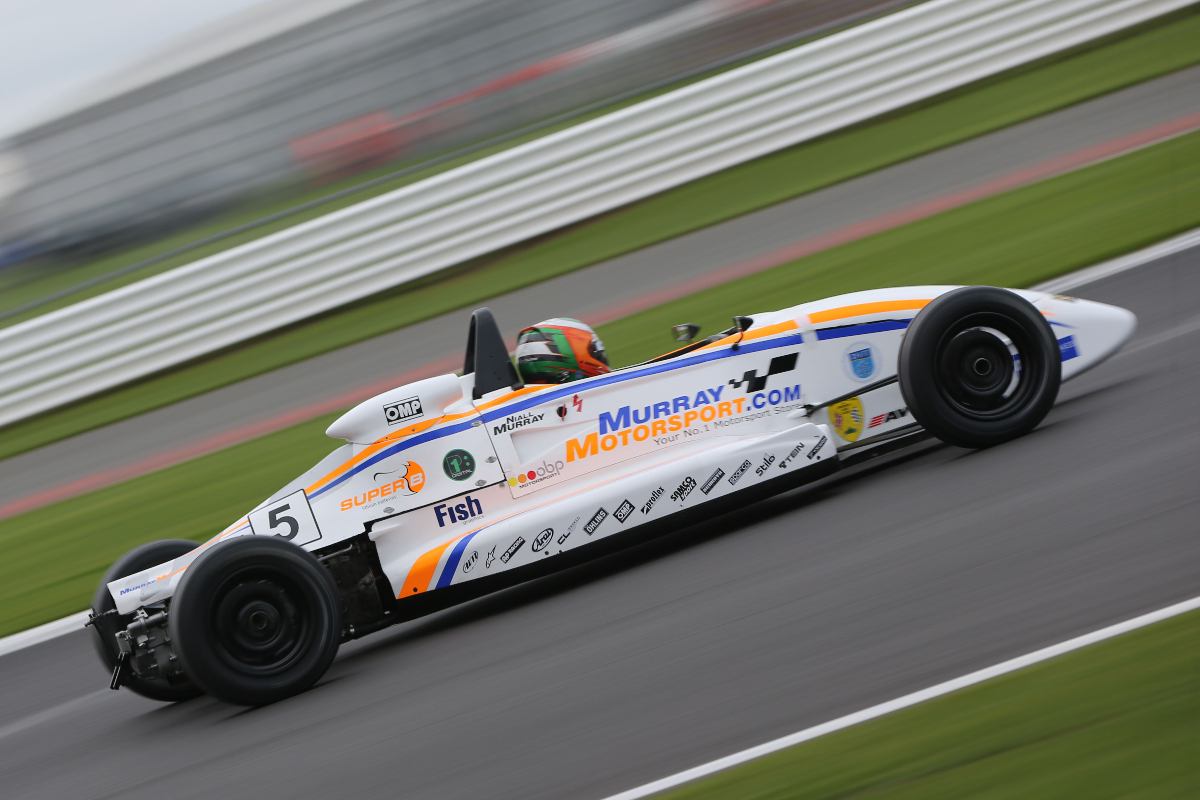 Niall Murray won a shortened opening BRSCC National Formula Ford 1600 race at Donington Park, as early drama thwarted Jordan Dempsey but did not stop him from being crowned champion.

With his car repaired after a collision with Kevin Mills Racing team-mate Michael Eastwell in qualifying, Dempsey led away from pole at the start while Murray tried to challenge Ammonite Motorsport’s Colin Queen for second into Redgate.

Queen was able to keep the position, and then moved into the lead into Old Hairpin when Dempsey went off the road and suffered a bent track rod.

After returning to track Dempsey lost further ground running wide at Macleans and eventually limped home in 34th after making an early pitstop.

Series champion and returnee Murray took the lead away from Queen on lap two, and the pair then remained close together over the next couple of laps.

Queen’s team-mates Shawn Rashid and Andre Lafond then closed in on the lead battle after dispatching Oldfield Motorsport’s Lucas Romanek.

But the four-way fight for victory was halted with a third of the 15-minute encounter remaining due to the amount of gravel dragged onto the circuit at the chicane.

With Murray running as a guest entrant, Queen took maximum National points in second to keep his remote title hopes alive with two races to go, and Rashid completed the podium.

Romanek came home fifth, while B-M Racing’s Rory Smith finished sixth after an early battle with team-mate Jamie Sharp, who made an error at Coppice and slipped back to 11th.