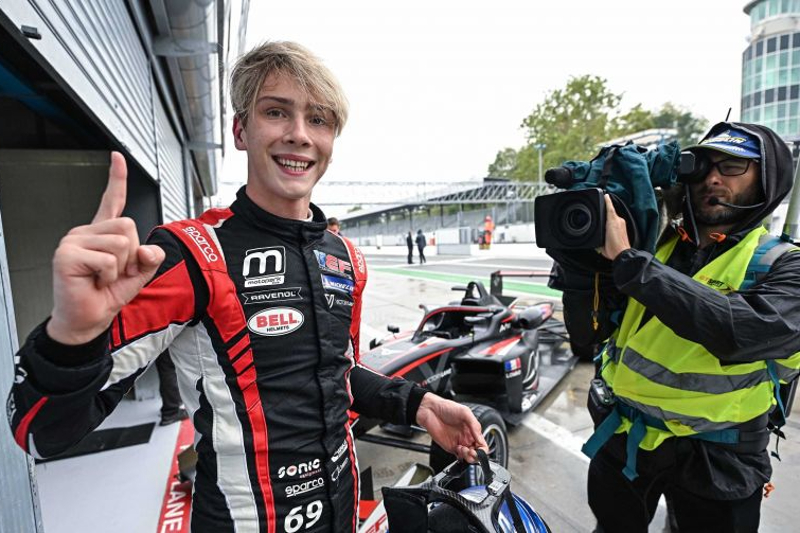 Vlad Lomko dominated the opening Euroformula race at Monza from pole position, winning by 12.275 seconds in the wet.

There was no opposition to Lomko through the race, as fellow front row man and CryptoTower Racing Team team-mate Christian Mansell was slow off the line and passed by Frederick Lubin into the opening corner.

Lubin was immediately gapped by Lomko, but had enough pace to hold off pressure from Mansell through the 17-lap race.

Only in the closing laps did Mansell actually get close enough to think about making an overtake, looking to Lubin’s inside at the Ascari chicane on one occassion, but there was not enough grip offline to make passes anywhere other than braking for the first two chicanes.

Championship leader Oliver Goethe ran in fourth place until a few laps from the end where he spun at the second chicane and got his rear wheels beached in the gravel. He lost a minute-and-a-half before he was able to get going again, and finished a distant sixth behind BVM Racing’s Francesco Simonazzi, who had been on his tail prior to the spin, and CryptoTower’s Josh Mason.

Motopark’s Alex Garcia picked up rear-end damage to his car and retired in the pits at the end of the opening lap, while a tentative Vladimir Netusil finished a twice lapped seventh place.