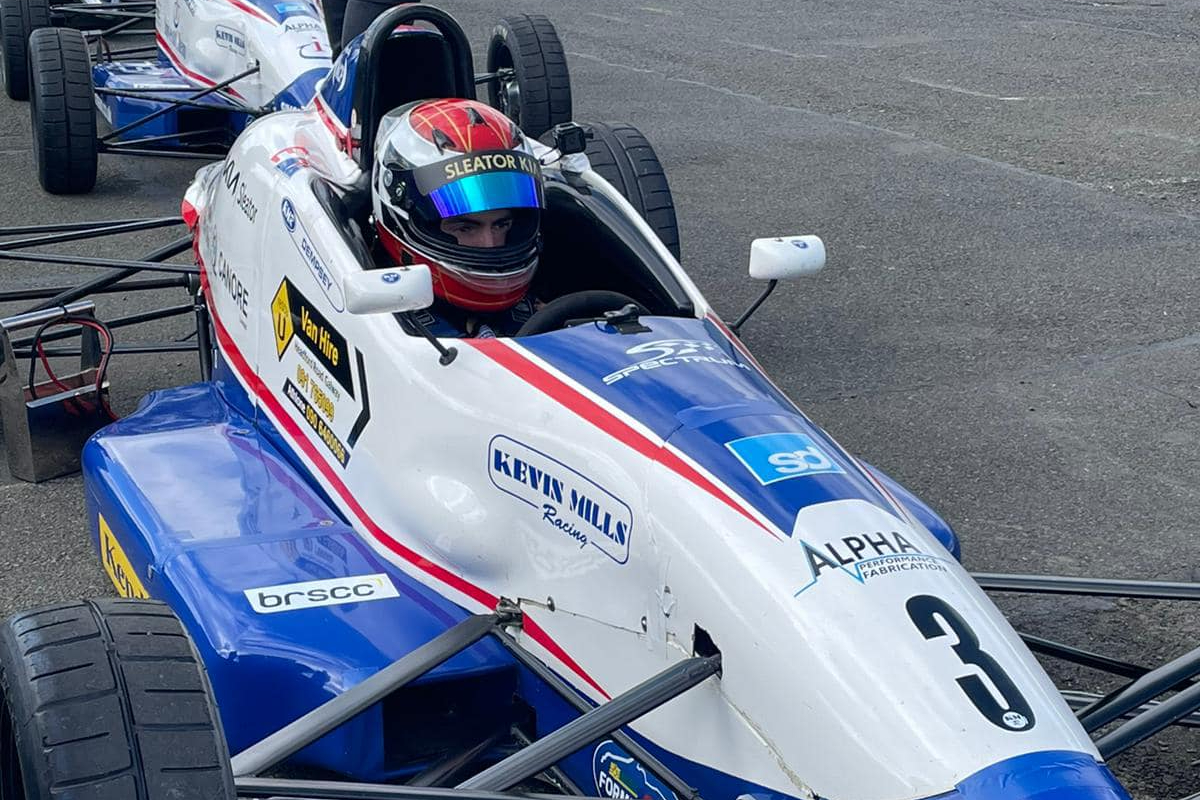 Kevin Mills Racing’s Jordan Dempsey boosted his hopes of winning the BRSCC National Formula Ford 1600 title by taking pole in qualifying at the season’s final round at Donington Park.

Queen set an early benchmark of 1m40.450s before improving to 1m39.393s to lead two-time FFord Festival winner Niall Murray, who was a late addition to the entry list for Team Dolan.

Dempsey then moved into second, 0.016 seconds behind Queen, before topping the times with a 1m39.247s two minutes before the end of qualifying. Queen improved late on but had to settle for second by 0.101s, with Murray remaining in third.

Ammonite’s Shawn Rashid, who took a maiden win last time out, was 0.033s behind Murray in fourth, with his team-mate Andre Lafond fifth.

Callum Grant was fastest in a separate qualifying session for FFord’s Northern & Super Classic championship in a Van Diemen RF91 with a time of 1m42.241s.