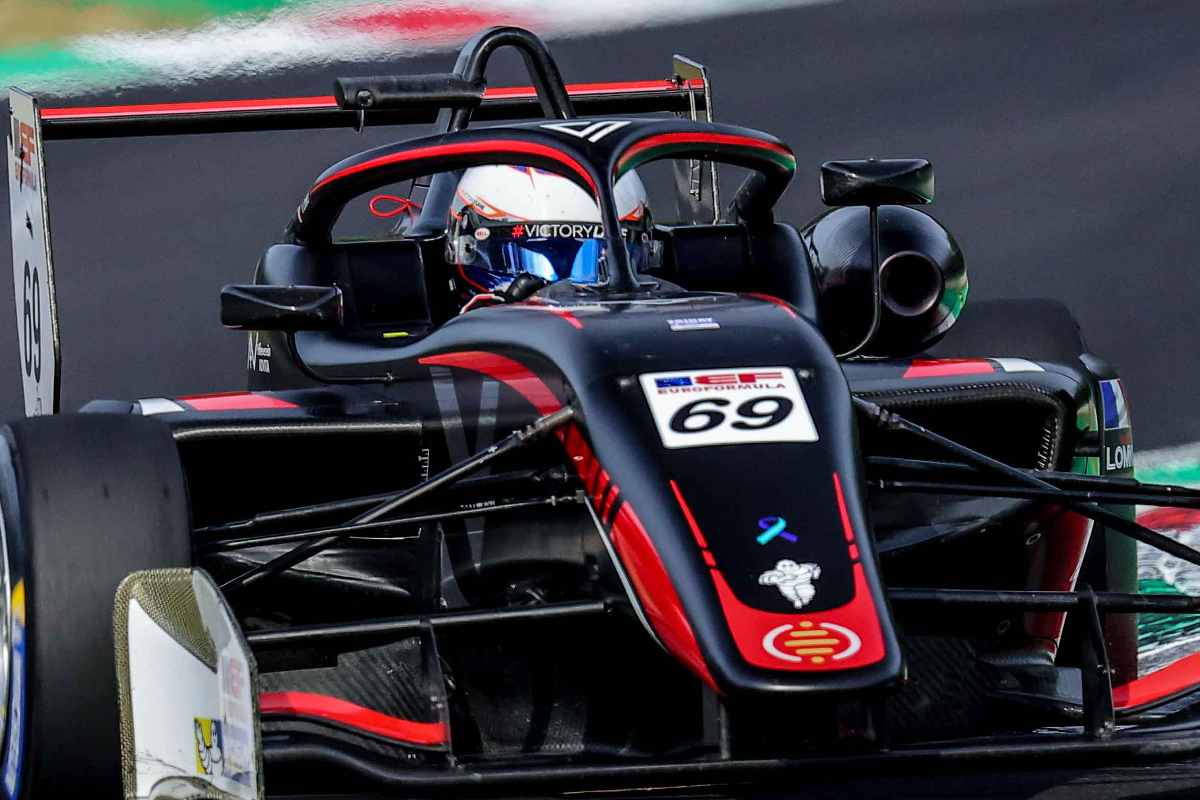 Vlad Lomko claimed his second Euroformula pole of the season in a wet qualifying session at Monza.

Drivers headed out at the start of the Saturday morning session on slick tyres, but it did not take long for everyone to pit for grooved tyres once they realised how slippery the track already was and the fact that more rain was on its way.

Lomko, driving for Motopark’s Japanese offshoot CryptoTower Racing Team, was fastest on slicks as well as after the switch to grooved tyres, a switch Effective Racing’s Vladimir Netusil did not get to make as he stopped at the side of the track on his first lap of the session.

Lomko and Mansell then lapped in the 1m58s, with Lomko improving again to set two laps in the 1m57s. Mansell got back within half a second of him with seven-and-a-half minutes to go of qualifying, but Lomko had more pace in hand and on his final run set a 1m56.958s.

Mansell improved in the final minute but was 0.685 seconds shy of Lomko’s benchmark lap, and Motopark’s Oliver Goethe – who had missed free practice due to being at Jerez on Friday for FIA Formula 3 post-season testing – took third place on the race one grid with a 1m57.704s lap at the very end of qualifying.

That shuffled his team-mate Frederick Lubin down to fourth, although he also improved as the chequered flag came out, and the solo BVM entry of Simonazzi qualified fifth.

Josh Mason was sixth, and Alex Garcia – another to miss practice for FIA F3 testing – was four seconds off the pace in seventh.