Home Featured What we know about F2 and F3 for 2023, and how EFO’s reveal fits in
FeaturesFIA F3 ChampionshipFormula 2 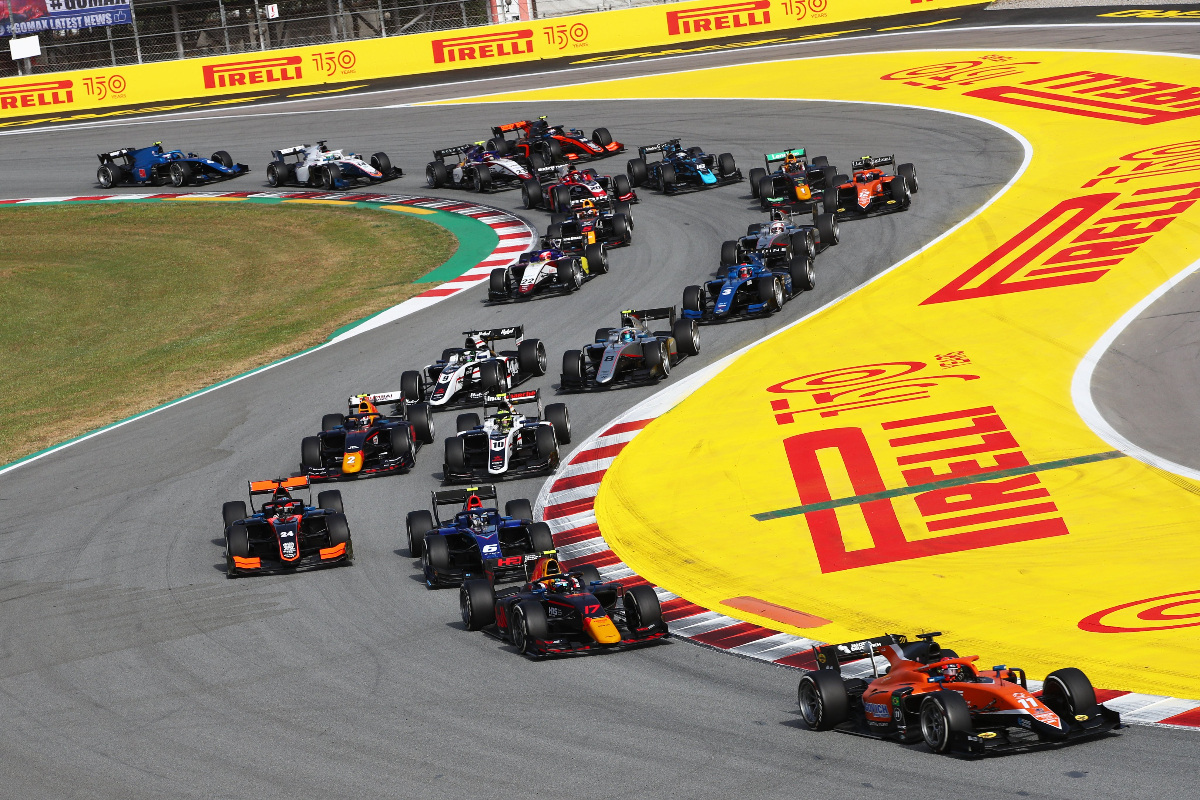 Euroformula’s 2023 calendar announcement on Thursday confirmed what was expected about the calendars of several other junior single-seater series, with schedules set to be busier than ever next year

The disappearance of the Pau Grand Prix from the Euroformula calendar next year, having featured in 2019 and 2022 and been part of Euroformula’s plans in the years between where it was cancelled due to the COVID-19 pandemic, all but confirms that the famed event will become part of the Formula Regional European Championship next year.

Formula Scout learned of those plans at this year’s event in May, and it is also understood that Monaco will be dropped from the FREC schedule to accommodate the French street race. The domino effect of that is a slot opens up on the support bill of the Monaco Grand Prix, recently confirmed to be taking place for the next three years thanks to a new deal between Formula 1 and the Automobile Club of Monaco, and it is believed that the FIA Formula 3 Championship is lining up to take FREC’s place on the streets of the harbourside micronation for the first time since its predecessor GP3 went there in 2012.

FIA F3 has a 30-car field and there is not room in Monaco for that many cars to race, meaning the series would have to find a solution to ensure that everyone who pays their entry fee is able to compete. It could copy the strategy of FREC, which splits qualifying into two groups of cars to reduce the amount of traffic on track and then uses the combined results to decide which drivers get to enter both races. The group of drivers at the bottom of the timesheets only get to do one race each, which in F3’s case may look like guaranteeing the top 26 in qualifying a spot on the grid of both races, while the back row is filled by the slowest two drivers in the sprint race and then the 27th and 28th-placed qualifiers for the feature race.

The issue is that the two races are of different lengths and carry different points value, so a driver who – regardless of the fact they would be starting from the back of the grid – only gets to contest the race where they would earn 10 points for victory rather than the one where they would earn 25 would feel discriminated against. It’s a problem to consider if FIA F3 does pursue the Monaco spot as expected. 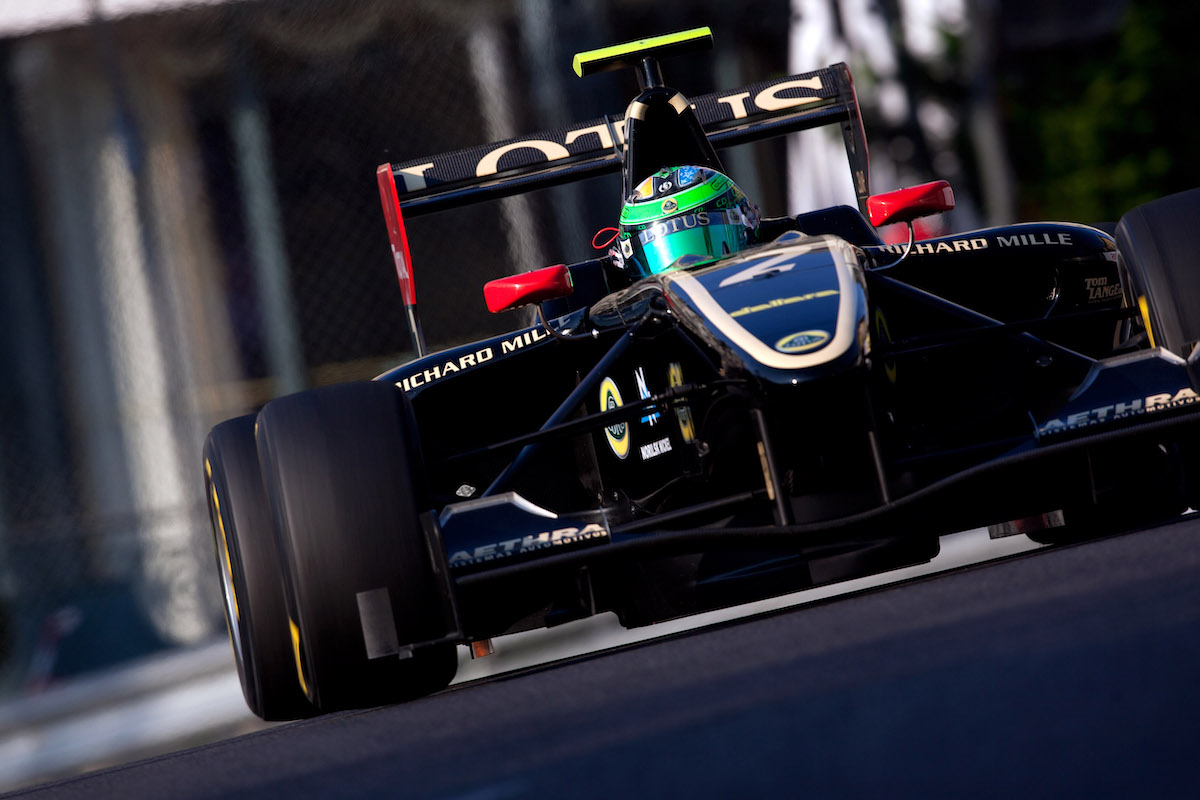 Not much has been said publicly about the make-up of the Formula 2 and F3 calendars for next year bar both joining the Australian Grand Prix in Melbourne for the first time on April 1/2, but before F1’s announcement this week of its record-length 24-round schedule, F2 and F3’s promoter Bruno Michel broached the topic of what’s next for his series in a session with select media including Formula Scout.

“We’re open to any kind of place, to be honest,” Michel said when asked about taking F3 to Asia and North America.

“We would be very happy to go and race in America at some point. Now, we have two things that we have to take into consideration: number one is the number of races that we want to do over a full season, and at the end of the day a lot of promoters would like us to come but I don’t want to do a 24 race [events] season for F2, it wouldn’t make any sense.

“So we need to limit the number of races we’re going to. And the second thing, of course, is the freight. The freight situation and the cost, because we’re covering the freight for the team, and I have to be sure that they can go in places where I can recover my freight costs. So that’s also something that is quite important and that’s part of the agreement we have with Australia.

“If we were deciding to go only on flyaways, I’m sure there would be people criticising us for not going to the old circuits. So that’s always something that we have to wait.

“But of course every year before putting out the calendar, we discuss that and we think about the whole picture. And it’s changing year-after-year, which is good as well.” 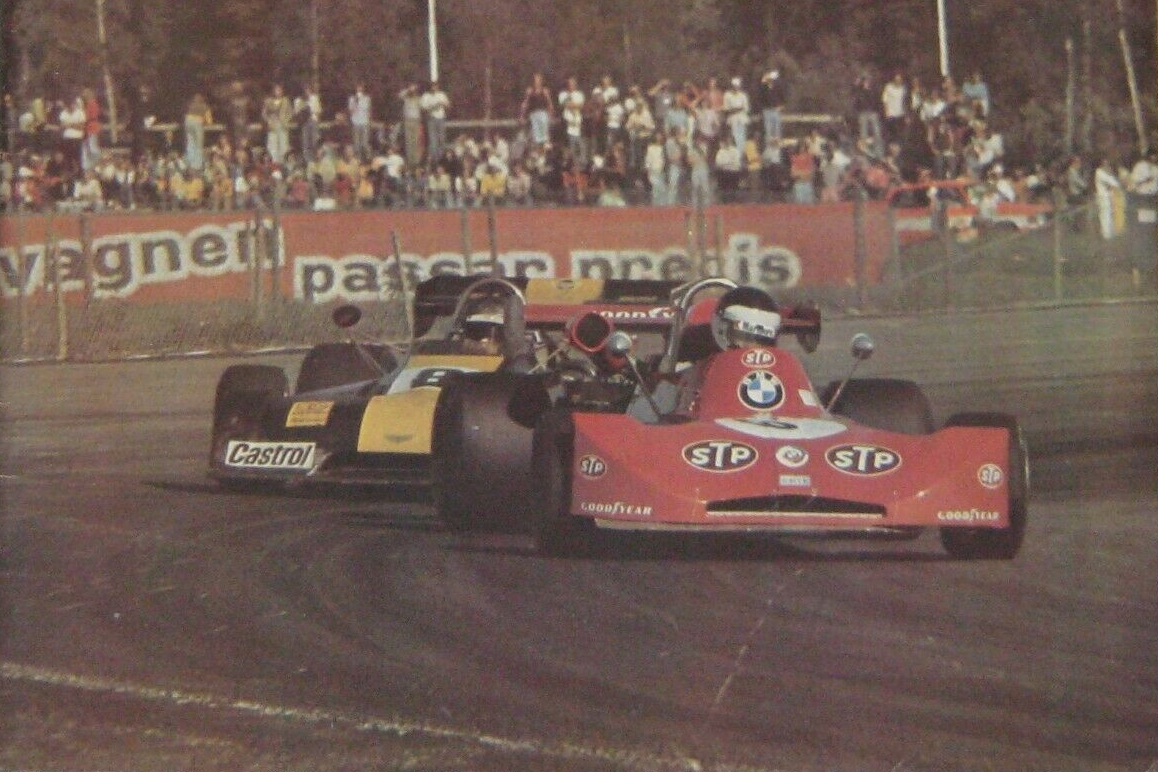 The history of F1’s primary feeder series can be traced back to the creation of the European F2 championship in 1967. Until it was succeeded by International Formula 3000 in 1985, it usually raced independently of F1 and that meant it could experiment with going to different countries. However it stuck to western European, only going as east as Austria, until 1971 when it visited Sweden’s Mantorp Park circuit for the first time.

More Swedish rounds followed in the early 1970s but had dropped off the calendar by the middle of the decade before Mantorp Park returned to the schedule in 1981 with Swedish talent very much at the fore of the championship.

F3000 ended its first year with a historic non-championship trip to the Carribean for the Curacao Grand Prix, which you can read all about here, and there were other high-profile events that were made possible by being invitationals rather than part of the series’ FIA-influenced schedule.

The 1992 Buenos Aires Grand Prix ran to the series’ regulations and so it was decided to award the F3000 World Cup to the winner, then in 1995 there was a race at Kyalami in South Africa. That circuit could return to F1 in the coming years, and would be a target destination for F2 (if freight costs could be covered) if it does.

In 1997 the Helsinki Thunder street race in Finland was part of the calendar, and the 2001 and ’02 seasons kicked off at Interlagos. However it wasn’t until Michel and former Renault F1 boss Flavio Briatore created GP2 for 2005 that junior single-seaters started to truly follow F1 around the world.

GP2’s inaugural season headed to Turkey and Bahrain, with both eventually becoming calendar mainstays, then a sister Asian series was set up in 2008 so the burgeoning interest from drivers, teams and sponsors on the continent could be maximised. 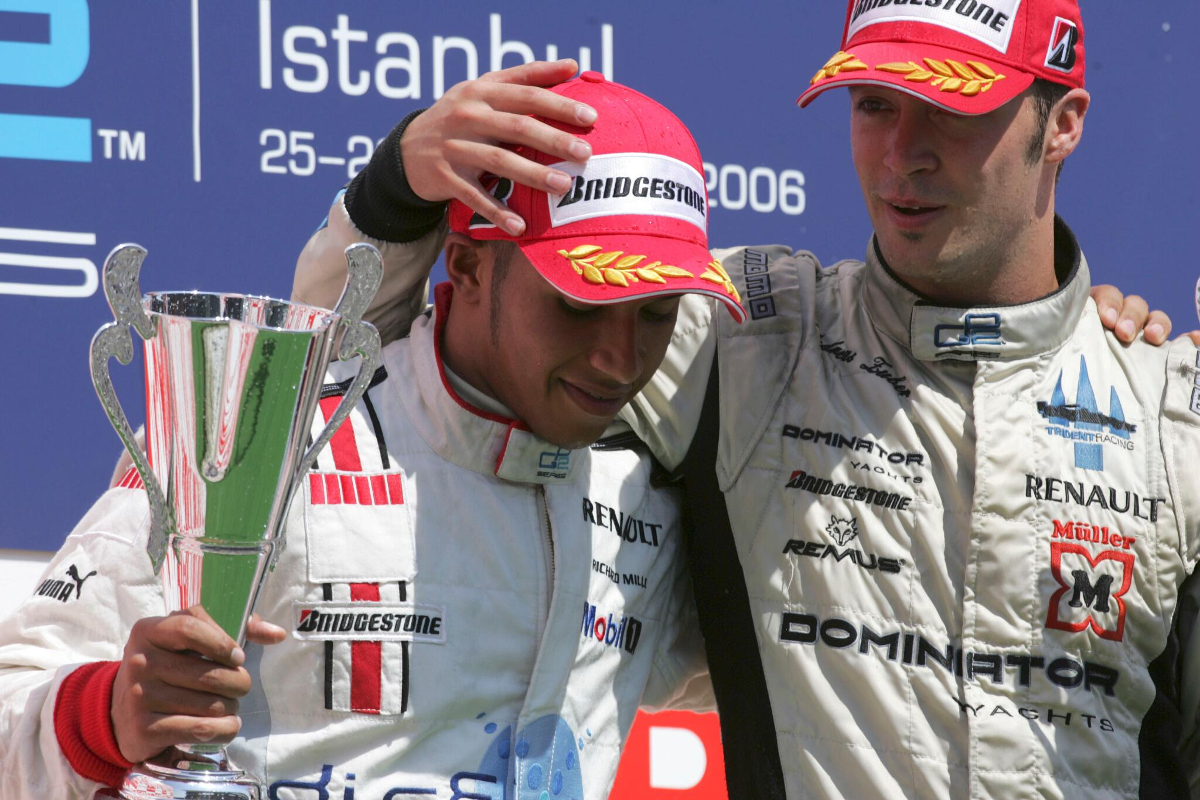 GP2 Asia went to Dubai, Indonesia, Malaysia and Bahrain for its first season, then visited China and Qatar in the next. Its Emirati and Qatari trips ended up pre-empting F1’s expansion into that area of the Arab peninsula and provided useful intel for the world championship to look at before eventually making its own decision to race in more Middle Eastern countries.

Once F1’s own expansion into Asia occurred, GP2 Asia switched to becoming a support series until 2012 when it was absorbed into the main GP2 calendar and has since established the norm of Bahrain and Abu Dhabi bookending each year.

That included racing in Singapore for two years, then going to Sochi to support the Russian Grand Prix and sometimes with GP3 (which would later become FIA F3 just as GP2 evolved into F2) in tow. Azerbaijan’s Baku F1 circuit was debuted with a stunning double win by Antonio Giovinazzi in 2016, cementing its place on the schedule for years to come.

But with more interest in F2 than ever before, particularly from fans and race promoters, the scale of ambition actually grew during the COVID-19 pandemic – when races were frequently being cancelled – and plans were made to control costs while also bringing the series to new nations. F2’s solution in 2021, as Saudi Arabia’s Jeddah street circuit joined, was to cut the calendar to eight rounds and host three races per event rather than two.

Broadly speaking those changes were not popular, and for much of the season the teams were still waiting on the quantification of costs to see how economically efficient the revamp of the series had been.

Perhaps the answer to that laid in the 2022 calendar, which expanded F2 to a record-length 14-round schedule. With the return of a two-race weekend format, it means this year’s drivers get to race 28 times. 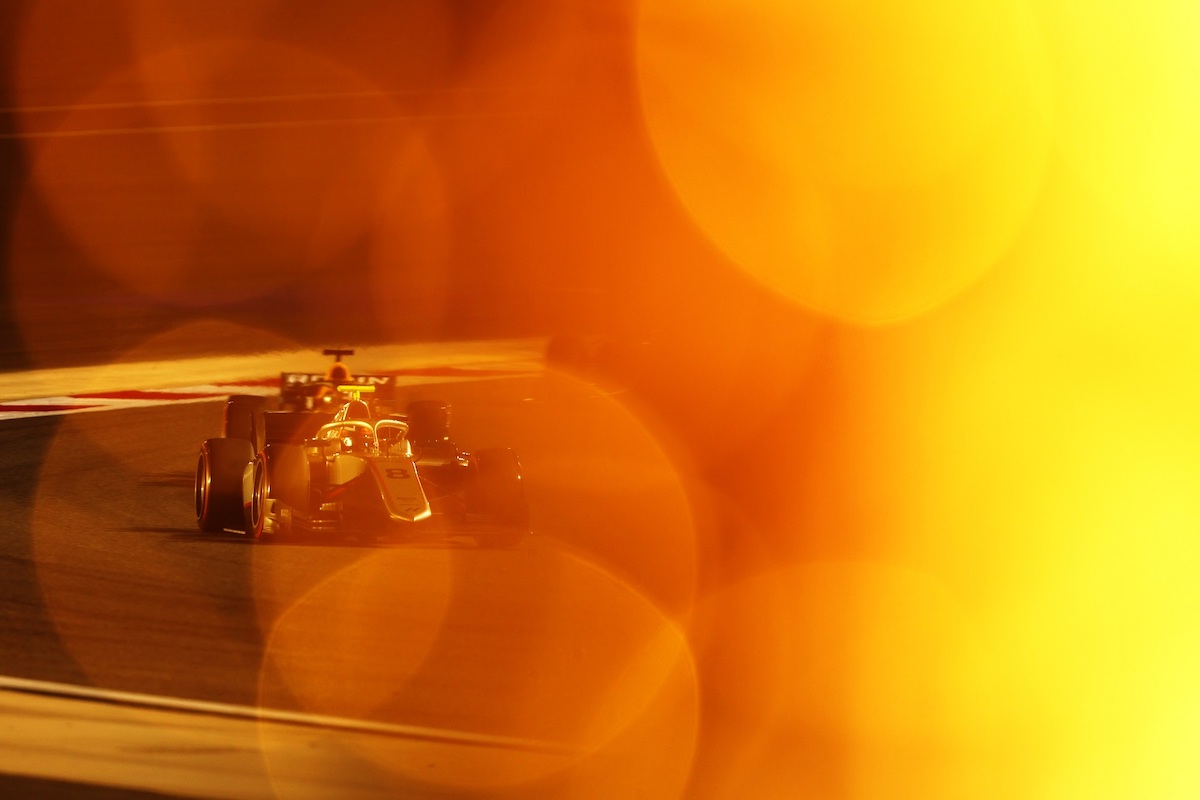 Bahrain is likely to host the pre-season test for 2023, and therefore quite probably the season opener too, then it’s guaranteed the next event will be held on a street circuit as if F2 doesn’t go to Jeddah on March 17-19 then its next event will be the ambitious Melbourne trip on April 1/2.

After that, there could be two more street circuit rounds before the series visits a ‘conventional’ track and that might not be until June. In a season which will run to 14 rounds again, set against rising costs of living, production and transportation, and the falling value of the British pound, the damage bills that may be racked up by teams and drivers (and which will cost Dallara a lot to make sure adequate spares are shipped out across the globe to meet potential demand) early in the season could be catastrophic for budgets. Also, circuits like Jeddah and Baku are hard on engines as well due to the lengthy periods spent at full throttle every lap. It’s not unfeasible to have more mid-season driver line-up changes than ever before.

“Of course costs are always an absolute key issue, I absolutely agree,” Michel said. “This year of course the freight costs has been a major issue compared to what we have planned. The good things for the teams is that we’re covering the freight costs. So we took the last [cost] of the teams, which is good in certain way, and that’s why we could afford to go with 14 races and we’re going to go along with the same number of races in 2023. I cannot yet tell you about the calendar because we’re still working on it.

Michel also says “absolutely” that “it’s possible” for FIA F3 to expand to 14 rounds too in the coming years.

There’s a few more pieces of the puzzle to fall into play for 2023, and the calendar jigsaw could still be thrown totally in the air by global events. And that doesn’t just apply to F2 and F3, but also the dates that will be available for series further down the single-seater ladder and the championships that they support.