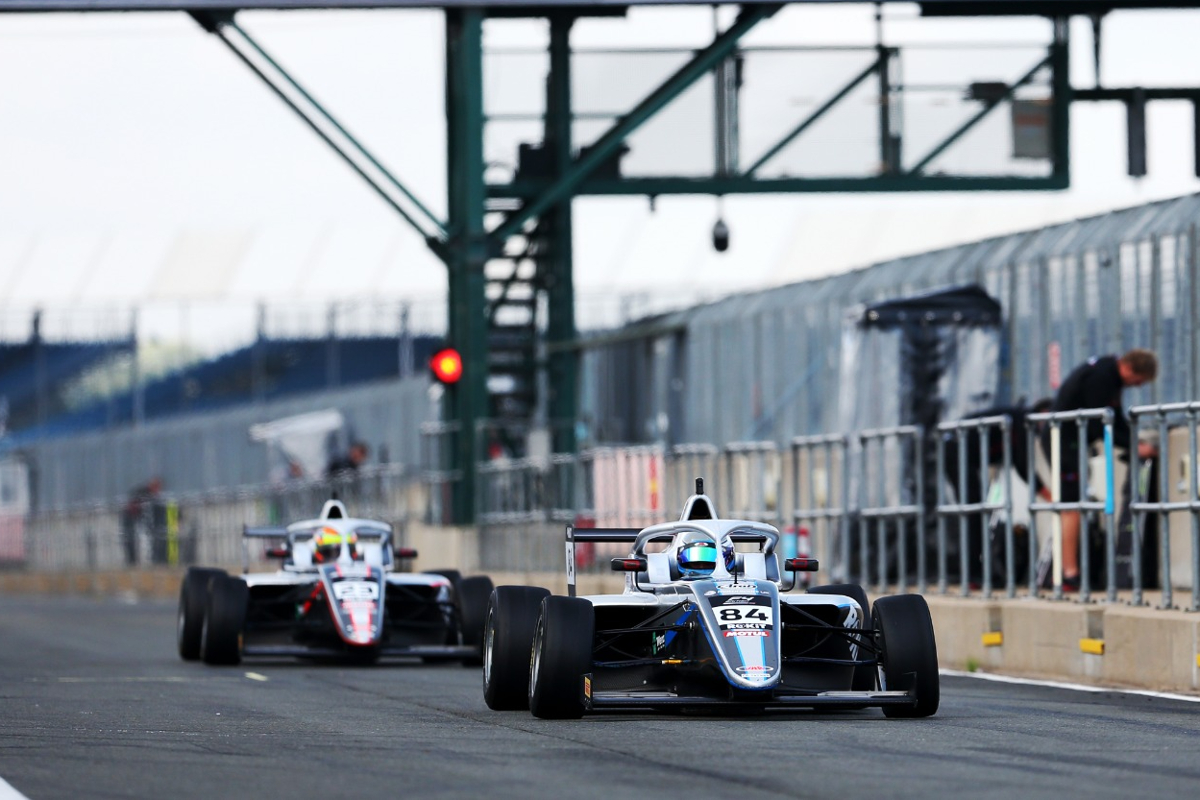 JHR Developments’ Joseph Loake was the pacesetter in both of British Formula 4’s free practice sessions on Silverstone’s National layout on Friday.

The expanded 20-car field had been on track the day before for four test sessions, and were back out again on Friday morning.

In the final 10 minutes it came down to a fight between Dunne and Loake for top spot, and Loake prevailed by 0.109 seconds with a 54.898s lap.

He was able to improve on that in the afternoon session, as Dunne once again was his closest opponent and set a 54.495s lap in the middle of FP2 that looked unlikely to be beaten until Loake went faster by 0.015s with his penultimate lap of the day.

Every driver set their best lap of the day in FP2, and the highest-placed of this weekend’s debutants was Higgins in 13th.

In addition to several track sessions on Brands Hatch’s Grand Prix layout before the season finale there on October 8/9, British F4 has organised further running for teams with a test at Snetterton on October 27/28.

Dubbed the ‘New Driver Test’, it aims to attract drivers who are looking to compete in British F4 next season but have not raced in the series this year.