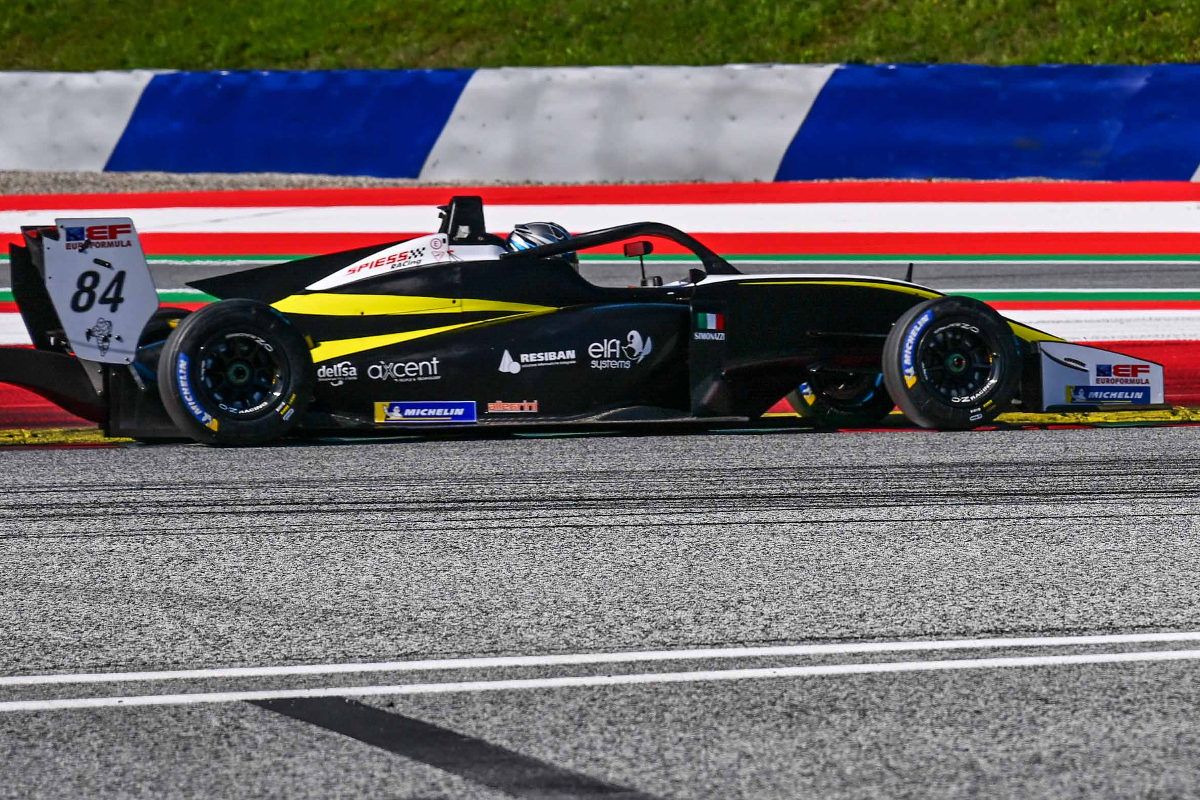 BVM Racing’s Francesco Simonazzi was fastest in both Euroformula practice sessions at Monza, as only six cars took part.

Motopark was without its points leader Oliver Goethe and Alex Garcia as they were contesting the FIA Formula 3 post-season test at Jerez, although Effective Racing and Vladimir Netusil returned to the paddock after missing the last round.

Drivex School was absent, and was the local Race Performance Motorsport team which has courted a Euroformula entry having bought two Dallara 320 chassis.

The opening practice was conducted on used tyres from previous rounds, and the session was used by Motopark and its Japanese offshoot CryptoTower Racing Team to practice the slipstream stategy between their drivers for qualifying.

CryptoTower’s Vlad Lomko and Simonazzi traded top spot through FP1, until Simonazzi settled into a groove on his second run where he lowered the pace with successive laps and at one point was 0.941 seconds up on everyone else.

The final runs began with seven minutes to go of the 40-minute session, and Motopark’s Frederick Lubin jumped to second place. CryptoTower’s Christian Mansell then took over the spot, and Lubin responded by going fastest of all with just over three minutes remaining.

A minute later Simonazzi reclaimed first place with a 1m44.381s lap, and improved further in the little time left after to end FP1 on 1m43.835s.

Mansell was 0.626s slower in second place, with Lubin and CryptoTower’s Josh Mason both within a second of Simonazzi in third and fourth.

Mansell was the pacesetter early in FP2, as fresh tyres were used for the first and possibly last time this weekend as rain is expected to fall on Saturday and Sundau.

A 1m44.555s lap from Lomko put him ahead of Mansell 14 minutes into FP2, as the Motopark/CryptoTower quartet improved with the aid of slipstreams.

Lomko lowered the benchmark further to 1m44.136s, with Simonazzi a second slower than the others on track as he was without the aid of a tow.

However in the second half of the session he came to the fore, bettering Lomko by 0.028s, then later on breaking into the 1m43s again.

It looked like his 1m43.503s lap might be beaten at the very end as Lubin went fastest in the first two sectors, but ended up just 0.057s short of matching the fastest lap.

There were yellow flags at turn five in the final minute after Netusil came to a stop there.