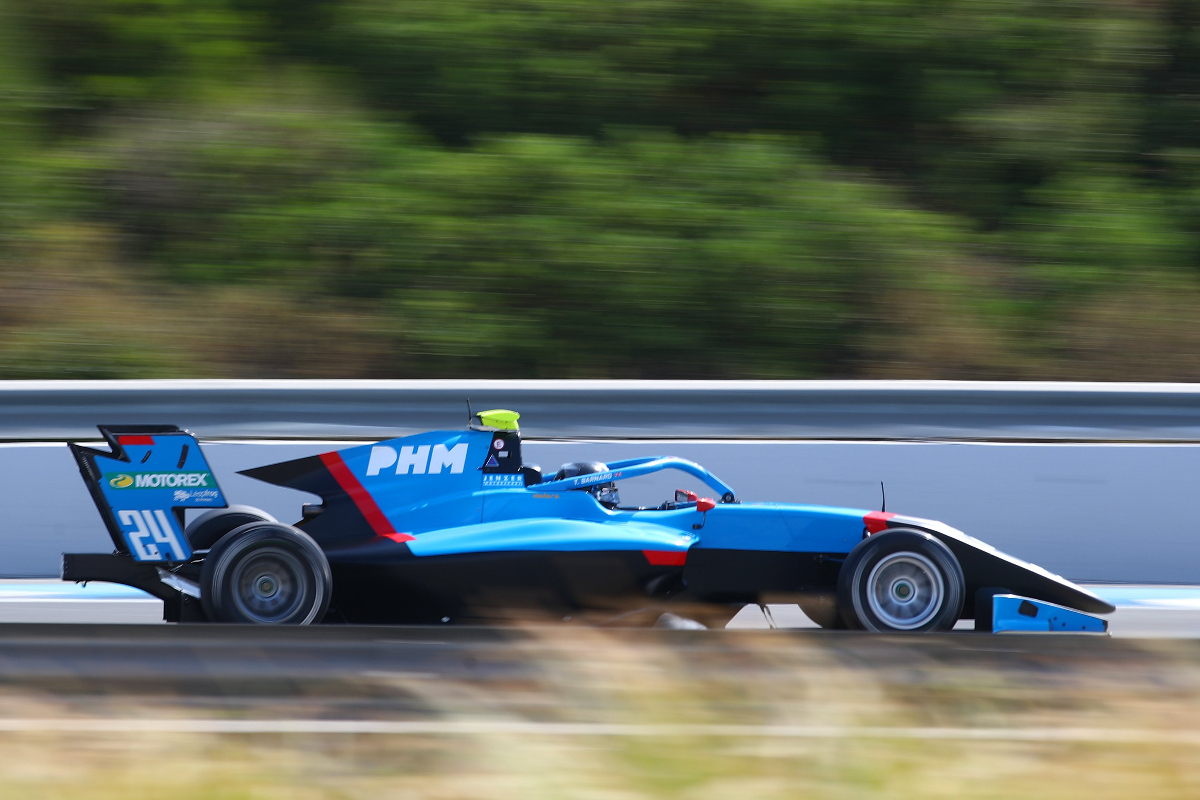 As teams reached the end of their tyre allocations, most of the running completed on Friday afternoon had a focus on long-run pace, and Barnard only set 17 laps – less than half of what most drivers were doing – with his fastest time coming on just his second flying lap.

That was set in the opening 10 minutes of the three-hour session, and he initially had an advantage of over half a second at the top of the times with his 1m31.280s effort.

Nikita Bedrin was second fastest at this point, and the two Jenzer drivers both had the logo of their ADAC Formula 4 team PHM Racing on the side of their cars. PHM is rumoured to be interested in entering FIA F3 in the near future.

Campos Racing’s Hugh Barter and Pepe Marti demoted Bedrin to fourth place after 20 minutes, then later in the first hour they improved and swapped places in second and third with Marti lapping 0.21s slower than Barnard.

Having only set five laps total in the first hour, Barnard set another six (including the outlap) in the second hour as most spent their time in the pits. The only change was MP Motorsport’s Franco Colapinto rising to 10th place.

None of the drivers in the top 10 at that point would improve after that, with further lengthy spells spent pit-bound. Barnard set another six laps, while Campos and Prema’s driver were in and out of the pits until they surpassed the 50-lap mark.

Another late improver was Joel Granfors, with the Carlin driving jumping to 10th towards the very end of the session.