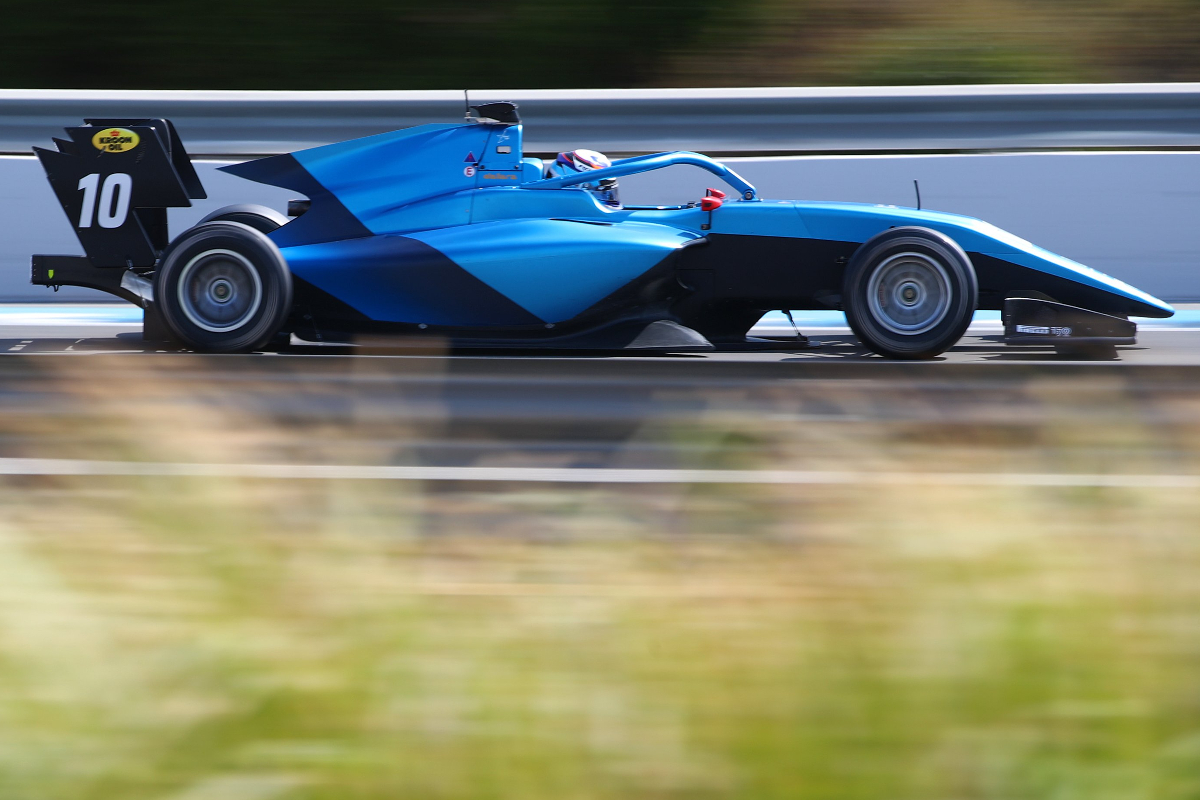 Trident’s Oliver Goethe set the early pace, but he was closely matched by Hitech GP’s Sebastian Montoya who soon took over at the top. He was in first place with a 1m30.759s lap when the first red flag stoppage of the session occurred after just 10 minutes, and when track action resumed it was Gabriel Bortoleto who went fastest and became the first driver to break into the 1m29s.

He was shuffled down to third place after 50 minutes by Colapinto and Hitech’s Gabriele Mini, but Bortoleto improved to get back into second place.

The second red flag period came at the end of the first hour, and was caused by ART Grand Prix’s Roberto Faria. Goethe had demoted test team-mate Bortoleto back to third by the time of the red flag, and following the restart there was little track action with Colapinto being one of the few drivers to set laps in the half-hour that followed.

Hitech then sent its drivers out for a short run, and once again at the end of the second hour with Colapinto also heading out once more.

Only in the final 25 minutes did the circuit become busy again, but then then red flags were waved again with 10 minutes to go as Charouz Racing System’s Nicola Mariangeli went off. Carlin’s Hadrien David also had an off during the session.

A quick turnaround meant green flags were waved once more with seven minutes to go, but none of the drivers who returned to track were able to improve their pace, meaning Colapinto ended the morning on top.