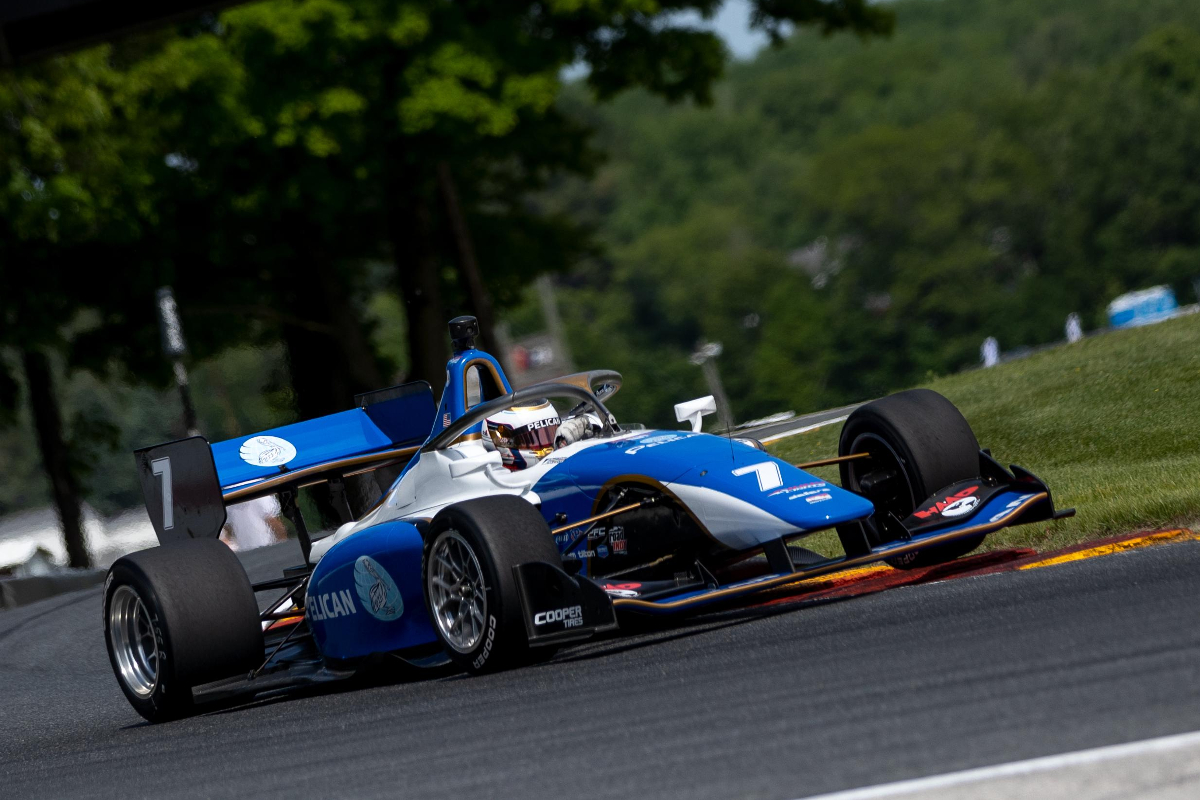 Christian Bogle will remain in Indy Lights for a third season next year, and stay with the HMD Motorsports team he raced for in 2022.

The 21-year-old American is still hunting for his first podium in the series, with a seventh place being the best result of his rookie campaign with Carlin and then a fourth place in Detroit being the highlight of this season.

In both years he has come 11th in the standings, and scored more points this year despite the season being six races shorter than in 2021, and his best qualifying result has been a seventh place which he achieved on the Iowa oval this July.

“I learned a lot the past season, and I think consistency is key for me to continue the upward trend,” Bogle said.

“I will be working with my same engineer for the second consecutive season which is something that I have not been able to do in the past and the same with my coach. HMD Motorsports is a proven winner, and I look forward to another season in Indy Lights.”

Bogle’s path to Indy Lights began with a part-time United States Formula 4 campaign in 2018, then two seaons in USF2000 in which his best result was a sixth place. Alongside that he was twice a winner in US F4 in 2019, putting him 10th in the standings despite missing two of the series’ six rounds, and he did a half-season in Formula Regional Americas last year.

“I did not get a chance to start in karting like a lot of my competition and really jumped into car racing just four years ago,” added Bogle. “Jumping around from team to team for a while was tough, but I have found my home at HMD Motorsports and love it here. It was my best season in Indy Lights to date and while it was good, we still have a lot to improve on.”

The growing HMD team now has two drivers signed for 2023, with Indy Pro 2000 race-winner Josh Green slotting into one of as many as eight cars it could be fielding in Indy Lights next year.