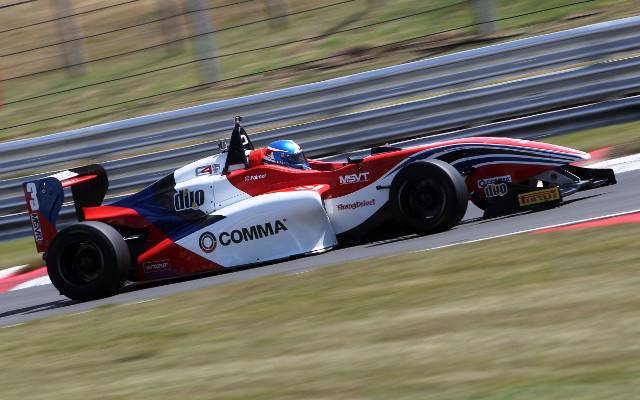 The HHC driver was the man to beat during the session, improving on his benchmark several times to eventually end up two tenths in the clear.

He will be joined on the front row by Fernando Urrutia, who demoted his fellow Mexican Rodrigo Fonseca to third.

Telmex-backed Fonseca was still fastest of those fighting for the runner-up spot in the standings though, with Harrison Newey and Tom Jackson only 10th and 15th respectively.

Ciaran Haggerty took fourth ahead of Sisa Ngebulana, whose session ended prematurely with an off in the gravel at Paddock Hill, bringing out a red flag.