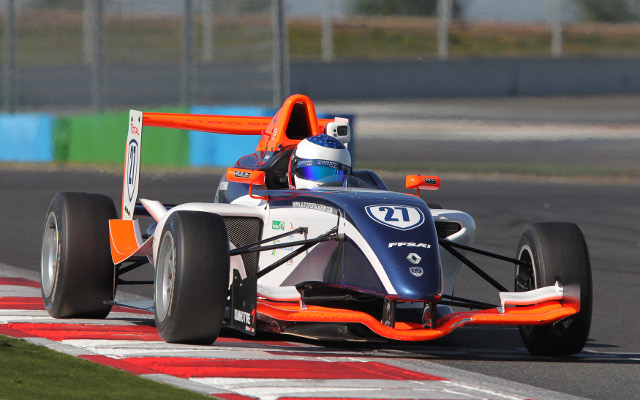 Giuliano Alesi picked up his first French F4 victory since his debut weekend in April in the opening race of the weekend at Navarra in Spain.

Starting from second on the grid, the son of Jean Alesi took first place away from points leader Valentin Moineault at the inside of Turn 1, with Julien Andlauer also following him past.

The 16-year-old led Moineault by 1.3 seconds at the chequered flag. Gabriel Aubry finished close behind Moineault in third.

Kami Laliberte finished in fourth place, while fifth for much of the distance was Nerses Isaakyan after a superb opening lap from 10th on the grid, but the Russian spun on lap eight.

There was another spinner on the final lap with Simo Laaksonen falling from eighth to 11th, behind Isaakyan, Yifei Ye and Louis Gachot.