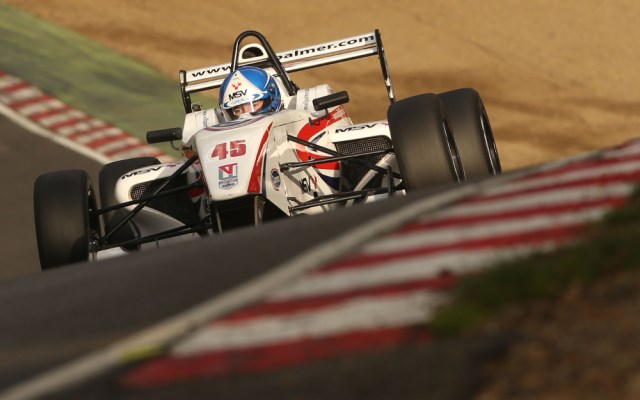 Will Palmer will race for HHC Motorsport in the BRDC F4 Championship this year, the series has confirmed.

Palmer, the son of category chief Jonathan Palmer and younger brother of GP2 contender Jolyon, made his single-seater debut in the BRDC F4 Winter Championship last November and won a race on his way to fifth in the standings.

He spent two years in the Ginetta Junior Championship with HHC, finishing third in the 2013 standings before remaining with the squad for his move into BRDC F4. HHC took another Ginetta Junior graduate Charlie Robertson to third in the maiden BRDC F4 season last year.

“I’m really excited to be moving into Formula 4 next year with HHC Motorsport,” said 16-year-old Palmer. “Formula 4 was the obvious choice for me, especially after how competitive the series proved to be in its first year.

“I’m also really pleased to be continuing with HHC for what will be my third year driving for them. They are a great group of guys and we proved we could be very strong together in the Winter Championship last year, so hopefully we can build on that and be challenging for podiums and a win or two. It?s going to be a very competitive season with many strong and experienced drivers, and I?m aiming to finish inside the top six of the championship.”

“It?s great to continue our relationship with Will Palmer,” said Kemp. “He?s developed a lot with us and did a great job in the two years with us in Ginetta Juniors.

“He did a truly fantastic job in the F4 Winter Series and to get a win in just his second weekend in single seaters was outstanding. I am looking forward to working with him once more, and seeing him play a key role in our push for the 2014 F4 Championship.”