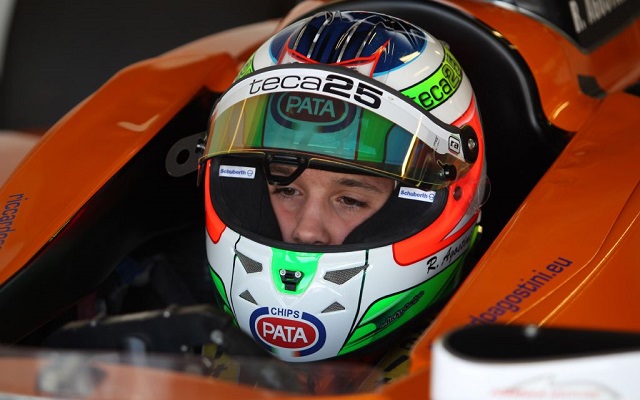 Riccardo Agostini has officially announced a switch to the FIA F3 European Championship for 2014, where he will join Italian squad EuroInternational.

The 19-year-old racer from Padua joins European F3 on the heels of a limited 2013 campaign, during which he contested the first half of the Auto GP season. After securing a maiden pole in the opening round and taking a podium at the Hungaroring, Agostini left the series, having at the time occupied fifth in the standings. He then went on to participate in a one-off in Formula Renault 3.5, where he retired from both races.

Agostini’s prior achievements include a race victory in the 2010 Formula Abarth season and the 2012 Italian F3 title.

EuroInternational finished fifth in the 2013 European F3 teams’ classification, despite running only Tom Blomqvist for all but one round.

It is yet unclear whether the team will field a second car for 2014. Should the second seat materialize, EuroInternational are likely to hire promising youngster Santino Ferrucci to complete their lineup.