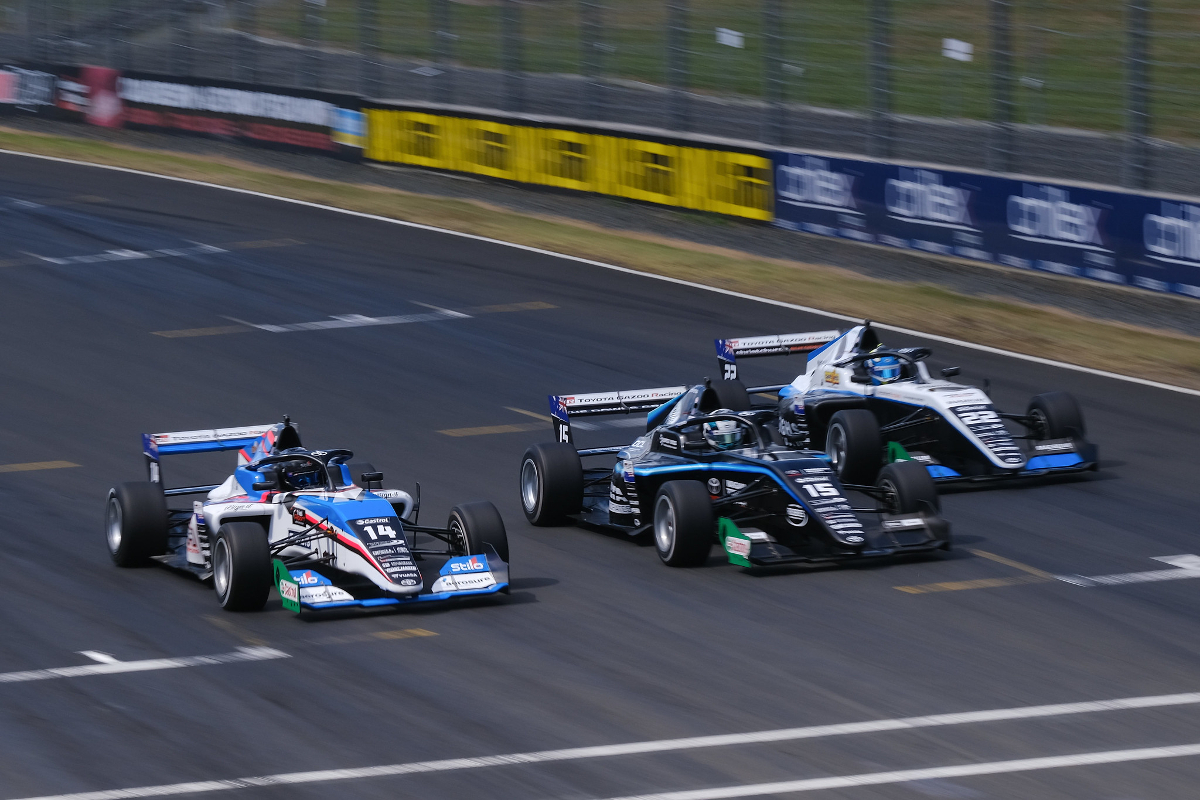 The Toyota Racing Series has a new name for 2023 and foreign drivers for the first time since 2020, but it may well be the local talents who come out on top in the battle to be champion

After two years of severe pandemic disruption – with the 2021 season only being open to local drivers and the 2022 campaign being cancelled entirely – the Toyota Racing Series is finally back this weekend but with a fresh look.

It has adopted the Formula Regional Oceania name and recieved a boost in its superlicence points value from the FIA for its comeback season, the New Zealand Grand Prix (one of only two national grand prix races in junior single-seater racing) returns as part of the calendar, and the reduction in pandemic restrictions means foreign drivers are taking part once again.

Who could be putting their name on New Zealand’s most important racing trophies in 2023?

It’s been a long time since Hedge won the New Zealand Formula Ford title, and that earned him a spot in the Road to Indy Shootout. He didn’t win that, and nor did he then step up to TRS as he moved into its sister series for Toyota 86 sportscars. 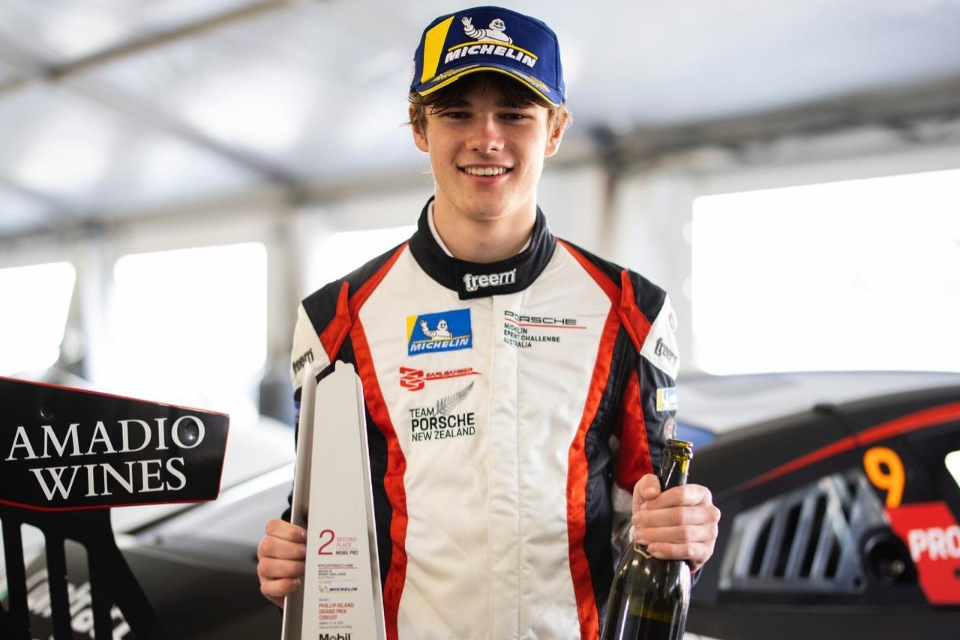 After a year in Australian FFord his single-seater career was then put on pause during the COVID-19 pandemic, as too was TRS come 2022, although he did get to contest the 2021 FRegional European Championship finale.

That experience will now come handy 14-and-a-half months on, as TRS has been a FRegional-spec series since 2020.

After his Toyota 86 success, Hedge got picked up by Le Mans 24 Hours winner Earl Bamber to be in his young talent-focused Porsche team, and came sixth in his rookie Carrera Cup Australia season last year.

The American began his single-seater career in 2019, starting off in the Lucas Oil Formula Car Race Series. Late in the year he moved into NACAM Formula 4, where he claimed one podium apiece in 2020 and ’21 before going to British F4 with Arden.

He took two podiums en route to 18th in the points, and stayed with the team for his 2022 step up to GB3 where he claimed a podium and fastest lap but was 22nd in the standings. He fared even worse with Evans GP in FRegional Asia, coming 33rd.

Quinn is the son of three-time Australian GT champion Klark Quinn and grandson of Tony Quinn, who owns TRS venues Highlands Motorsport Park and Hampton Downs and in his class was 24H Series champion in 2008.

The youngest Quinn only began racing in 2021, combining silhouette tin-top action with FFord in his home country. He won in the Queensland championship’s Duratec class, then last year went into Australian FFord and came fourth with three wins.

Quinn has also cameoed in the Victorian state championship, and continued to race in the silhoutte-based Aussie Racing Cars series. His long-term ambition is to become a factory driver in GT sportscars. 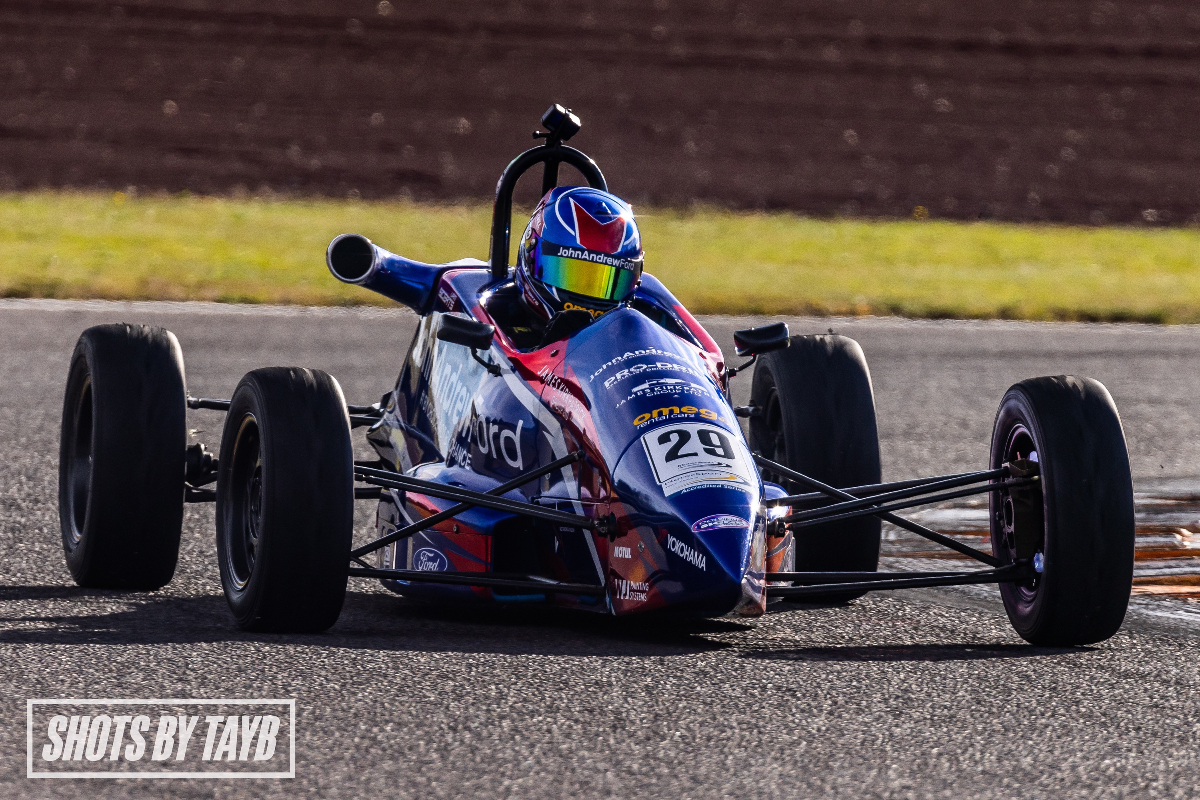 Sceats [pictured above] dominated the first half of the two-round 2022 NZ FFord season, with four wins and four fastest laps out of four at Taupo, but a smoking car in the title decider forced him to retire and dropped him to third in the points.

The teenager’s FFord experience has been concentrated primarily on New Zealand’s North Island tracks, so expect him to perform better at Manfeild, Hampton Downs and Taupo.

Wurz made his F4 debut with Prema in the summer of 2021, but single-seaters wasn’t his focus until the winter when he won the first ever race for second-generation F4 cars, on the F1 support bill in Abu Dhabi, then won the F4 United Arab Emirates title two months later.

Starting 2022 with two wins and three poles was encouraging, but his follow-up Italian F4 campaign with Prema only added one of each to that tally and he was a distant fourth in the standings. He also made the podium in ADAC and Spanish F4. 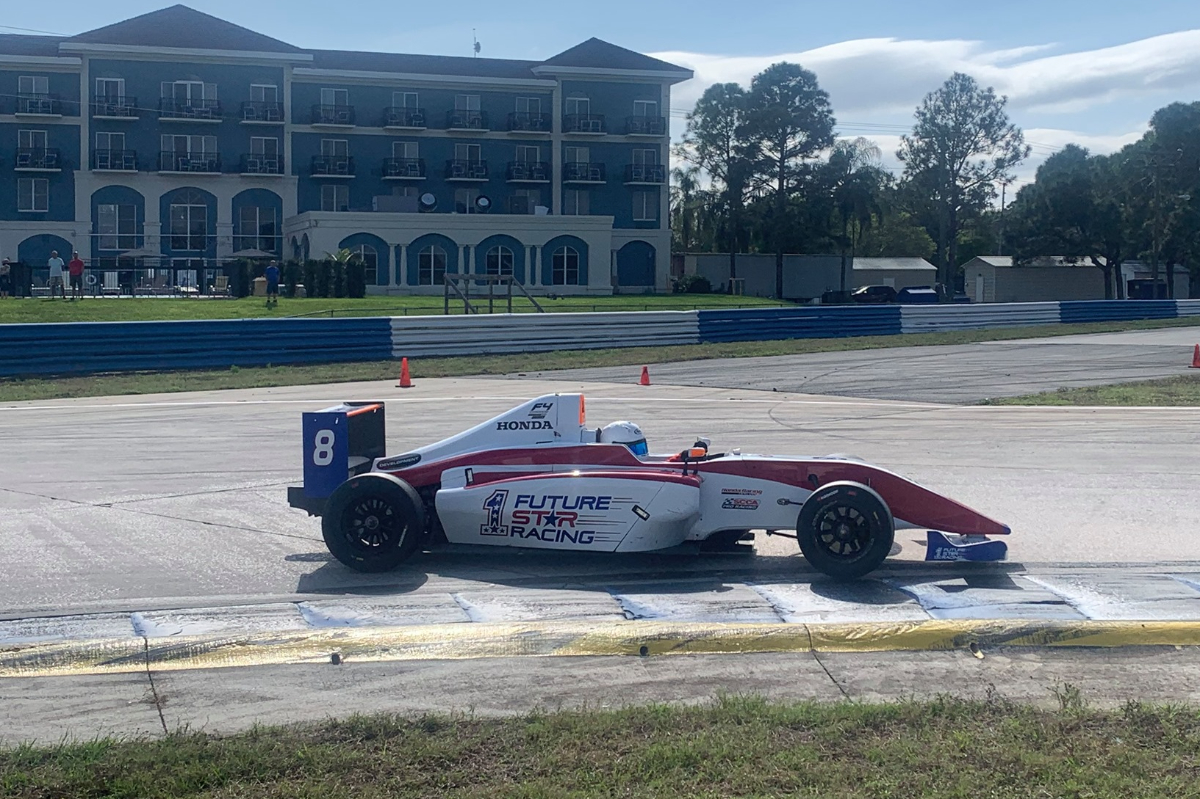 With no word on if W Series will take place in 2023, several of its drivers from last year are looking for opportunities in F4 to put themselves in contention for a seat in the new all-women F1 Academy series.

Chambers, who was born in China, raced in several F4 series in 2021 and was supported by ex-IndyCar stars Al Unser Jr and Sarah Fisher and a diversity scholarship from the United States F4 championship. Her best result was a podium in F4 Eastern.

Morris became North Island FFord champion last year in dramatic fashion, winning the title on victory countback after finishing level on points with Hayden Bakkerus. That earned her a prize test in a previous-generation TRS car, and she has since driven the current-spec FRegional machine several times.

She also came fourth in New Zealand FFord, and her experience of the South Island championship means the only track she hasn’t raced on is Highlands Motorsport Park, where the season opener takes place. Like the other FFord graduates, however, FRegional Oceania will mark her slicks-and-wings debut.

Shehan has raced in F4 for two years, first at Team Crosslink and then in a car co-run by it and Kiwi Motorsport. While that team is doing FRegional Oceania, Shehan will instead be racing for Giles as its team boss Stephen Giles was his F4 engineer.

He scored three times as a US F4 rookie, then won two races and claimed six other podiums en route to fourth in the 2022 standings. Crosslink/Kiwi also entered him in the F4-spec USF Juniors series for two rounds, where he got a top-five result. 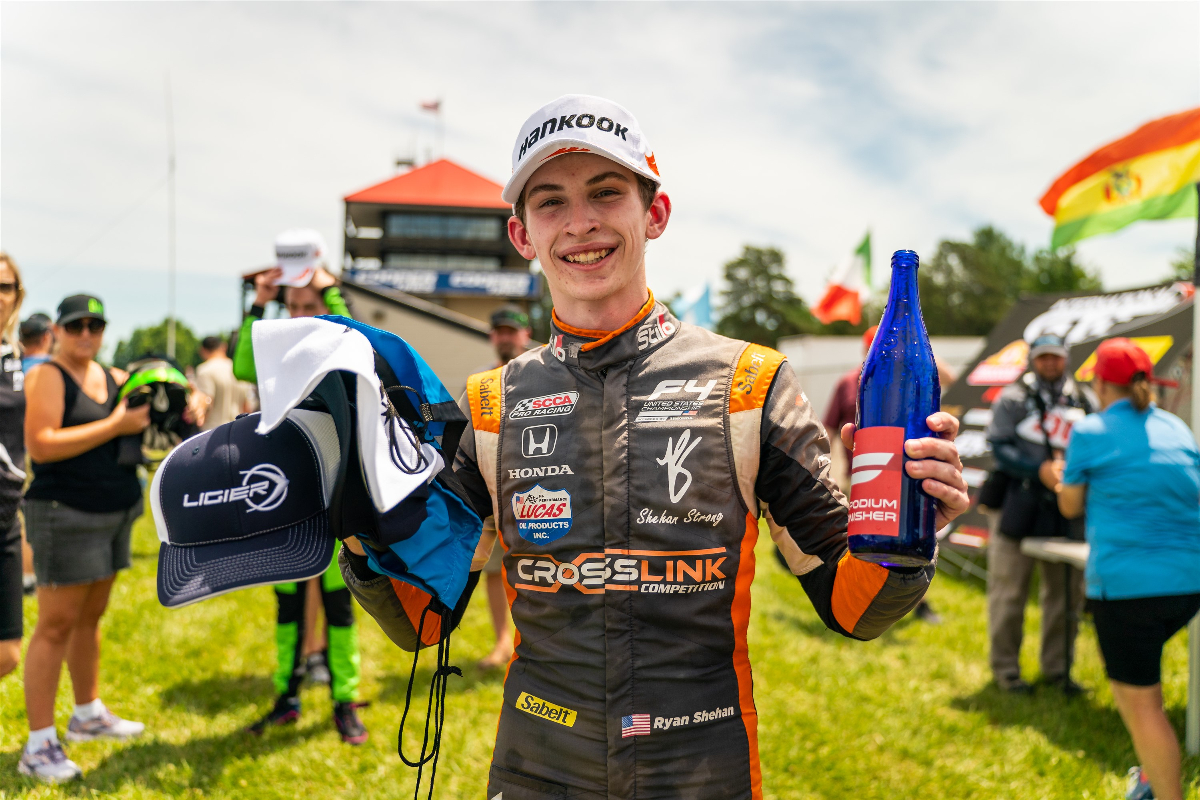 The Irishman made his single-seater debut in British F4 last year with Argenti Motorsport, and his best result was a fifth place. He will be racing part-time in FRegional Oceania, joining the grid for rounds three to five to see out the season.

Abel is an interesting addition to the grid as a driver who’s already far further up the single-seater ladder but looking for the challenge that TRS/FRegional Oceania has famously offered over the years.

He has spent all of his career to date in the USA, and most of it being run by his family’s Abel Motorsports team, so joining another team for a full series will be a new situation for him.

Fecury is one of the least experienced drivers with only a year of car racing under his belt, although it is in slicks-and-wings machines. Like Shehan, he spent 2022 with Crosslink/Kiwi in F4 and garnered a best result of 10th place from doing the full US F4 season and three USF Juniors rounds. After FRegional Oceania, he will go back to USF Juniors with DEForce Racing. 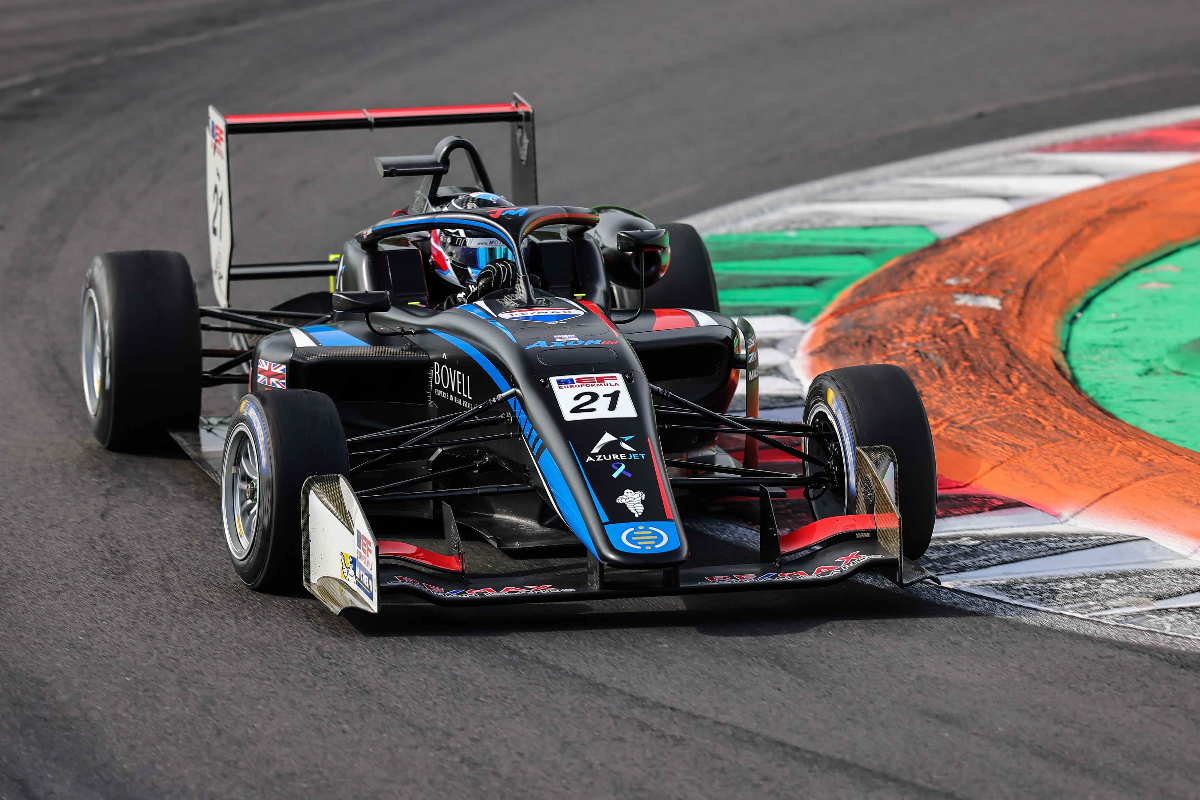 Mason’s confidence in high-downforce machinery grew in 2022, having previously always looked more comfortable with a low-downforce set-up. With CryptoTower Racing Team, the Japanese satellite operation of the dominant Motopark team, he was able to win three reversed-grid races in Euroformula last year and come fifth in the standings.

In BRDC British Formula 3, a series whose car had several similarities to a FRegional chassis, he won twice in three seasons.

McLennan did karting and junior motocross before progressing into single-seaters in FFord, and came 20th in last year’s Australian championship. He also raced in Porsches, and had initially signed with MTEC Motorsport for FRegional Oceania.

However last month the team withdrew from the upcoming season, citing signed “drivers pulling out” as the reason, and McLennan’s place on the grid was only secured after he signed with Kiwi Motorsport days before 2022 ended.

Having waited over a year for the opportunity, Penrose will finally get to use his prize New Zealand GP drive.

Two years ago he won a seven-driver shootout organised by oil supplier Castrol to recieve a fully-funded NZ GP seat and become the event’s ambassador. However the nation’s COVID-19 restrictions led to the 2022 race being cancelled. 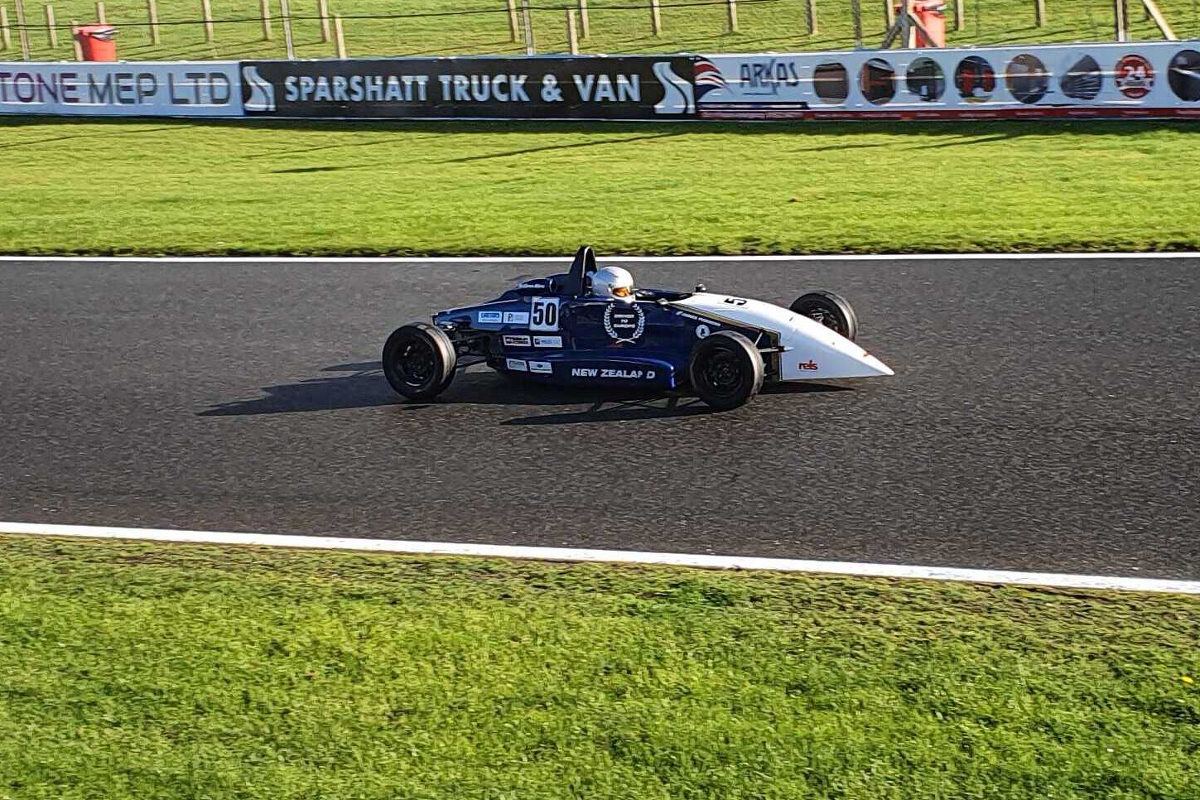 This year the grand prix will take place at Hampton Downs, for the second time in its history, and do so on the full international layout of the track. It will be the third race of FRegional Oceania’s penultimate round on February 5.

Penrose will not only get to contest the grand prix, but the full season. He was secondary class champion in the 2019 New Zealand and South Island FFord championships in 2019, and two years on won both series and the NZ FFord Festival in the top class. With the backing of the ‘Driver to Europe’ scheme, he then got to travel to England in 2022 for the FFord Festival and Walter Hayes Trophy. He came 20th in the former and a penalised 21st at the latter after finishing ninth on the road.

Callum Crawley, the Castrol shootout runner-up, also recieved NZ$15,000 to use towards a NZ GP drive. He came 15th in NZ FFord last year, having missed a round, has not raced since and is yet to announce if he will appear in FRegional Oceania.