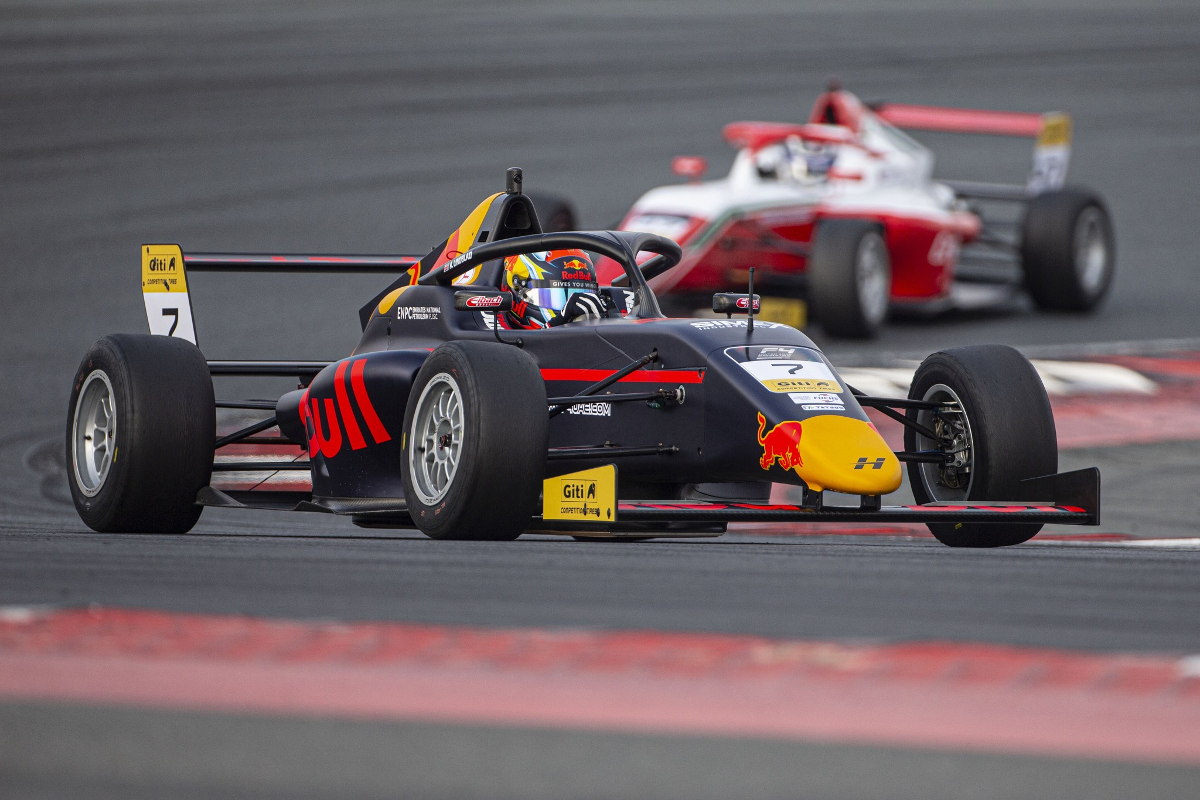 The pole contenders did not come to the fore until late on in either session, with Sainteloc Racing’ Theophile Nael first to set a representative effort in Q1.

R-ace GP’s Zachary David knocked him off top spot by being first into the 2m02s, then session-topping improvments quickly came in from Hitech GP’s James Piszyck and Lindblad.

MP Motorsport’s Valerio Rinicella pushed Lindblad into second place by lapping sub-2m02s, and went into the second half of the 15-minute session on provisional pole.

With just over five minutes remaining, McLaren junior Ugochukwu went fastest by 0.091 seconds, and it looked like the Prema driver would take pole until Red Bull junior Lindblad posted a 2m01.685s.

Ugochukwu left it very late to respond, starting his final flying lap a minute before the chequered flag was waved and finishing it a minute after the session ended. It did the trick, as he claimed pole by 0.069s.

Rinicella was shuffled down to fourth behind Mumbai Falcons’ Ferrari junior Tuukka Taponen, and in fifth place was Pinnacle VAR’s Brando Badoer who was the last driver within a second of pole.

In a massive 39-car field, leaving previous little room on track, impressively the top 20 were covered by a second on pace and all but three drivers were within two seconds of pole.

There was less going on at the top of the times in Q2, with David leading the way at first, Nael bringing the pace into the 2m01s and then Lindblad going fastest.

Badoer was 0.060s further back in third, with Ugochukwu and R-ace’s Jesse Carrasquedo Jr fourth and fifth.

Carlin ran two cars for Dion Gowda and Fernando Barrichello, and Gowda managed to qualify in the top 10 for his debut in single-seater racing.

The British team is still yet to make its scheduled announcement on social media saying it will actually be competing in the series, but has privately confirmed to Formula Scout it will be.

Barrichello was announced as one of Xcel Motorsport’s drivers and the team is still claiming him as its own, although Xcel personnel are working on his car in Carlin’s paddock awning.