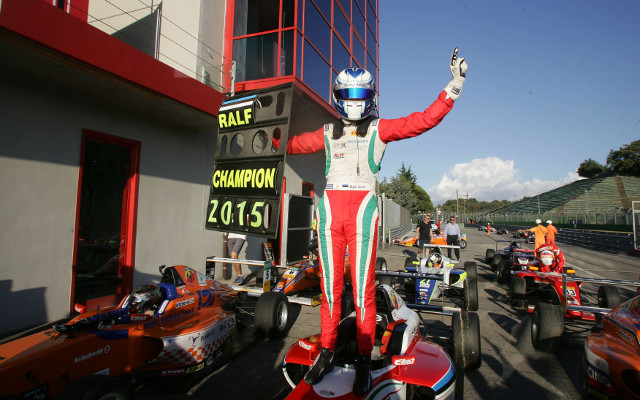 Estonian drivers Ralf Aron and Martin Rump added their names to the growing list of 2015 champions in junior single-seaters last weekend, both crowning dominant seasons by securing titles with a round to spare.

The duo were both propelled into single-seaters in the same way: through the Scuderia Nordica squad in Formula Renault 1.6. Both were leading contenders in parallel campaigns across the NEC and Nordic series.

Rump had led both championships and won 10 races but ended up missing out on taking a title, losing the NEC battle by a single point when his rival was handed a win in the final race by a team-mate.

Aron matched Rump’s second place in the FR1.6 NEC standings last year and had a strong run in the Nordic category too, taking seven wins in all.

Rump’s 2014 began brightly with wins in the Toyota Racing Series in New Zealand but his graduation to Formula Renault 2.0 didn’t work out, scoring points just once (for what it’s worth, the 2014 FR1.6 NEC champion Anton de Pasquale has matched that record exactly so far in his rookie year).

With budget evidently tight, Rump headed off to China this year and has dominated proceedings, winning seven of the 15 FMCS races held so far. That included hat-tricks on new ground in Taiwan and on the streets of Kuala Lumpur.

It remains to be seen whether that success can lead to a return to the European ranks. If not, he’s been in a good environment this year to land alternative opportunities.

The VW-backed FMCS runs in association with various GT series in Asia, and Rump recently got to the test in the Audi R8 LMS Cup. Also, he’s been driving for KCMG, a quickly-expanding squad with operations in Japan and in the World Endurance Championship. 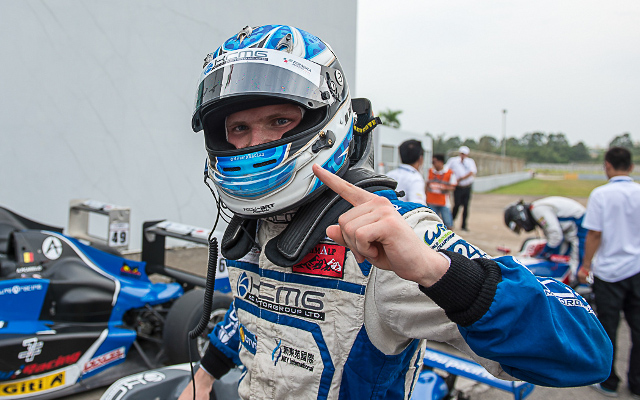 For Aron, switching to Italian F4 with Prema Powerteam became an obvious route for 2015 when he took part in the Adria Trophy event last November and won it. He was the driver to beat from the off, and won the two main races at four of the six rounds held so far.

He has been appearing on a selected basis in the German ADAC series too, and although he hasn’t been quite so strong in a more competitive field, he’s won a race there too.

It’s becoming a given that champions in the FIA’s F4 ranks should graduate to F3 for the following season. His ties to Prema make getting a competitive seat certainly possible, although there’s bound to be plenty of opposition for the Italian squad’s places.

Estonia might not have produced an F1 driver yet, but it’s building an increasingly impressive strike-rate in junior single-seaters.

Former British F3 champion Marko Asmer was a test driver for BMW Sauber, and has since taken to nurturing other young Estonians with Aron his latest focus. Kevin Korjus tested for Lotus/Renault, having claimed the Eurocup FR2.0 title and won races in FR3.5 before a lack of funding derailed his career.

This year, Rump and Aron have proven their potential too.

Antonio Giovinazzi lives up to his status as pre-weekend favourite to win both the qualification race and main event, although Sergio Sette Camara leads the way in practice and qualifying before a poor getaway on Saturday. He completes Sunday’s podium behind George Russell. 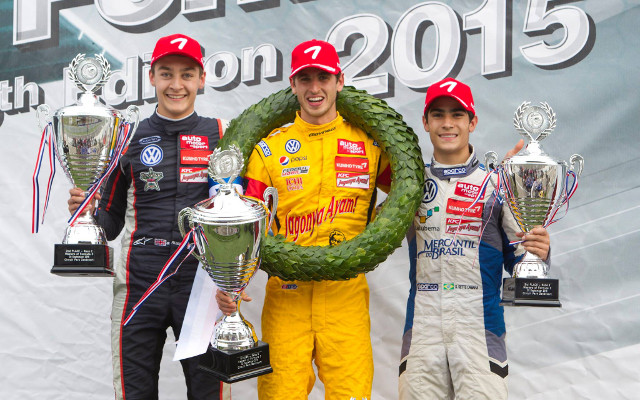 Ukyo Sasahara?beats?Louis Deletraz to win race one, then they find the gravel together fighting over the lead in race two. That hands a second win of the year to?Max Defourny ahead of?Jehan Daruvala. Deletraz’s nearest title rival Kevin Jorg is third in both races.

Ralf Aron wraps up the title with a round to spare by winning the two main races for the fourth time this year, ahead of Robert Shwartzman on both occasions. Aron is fourth in the reverse-grid race two, which has just two green-flag laps and is won by Kevin Kanayet.

Martin Rump wraps up the title after victory in race one and second place in the other two races. Ex-ADAC Formel Masters champion Alessio Picariello wins those on his second weekend – and the third for the Absolute Racing team – in the series.

Sho Tsuboi takes his fourth and fifth straight wins to move into the points lead past?Tadasuke Makino, who is second in race one and then third in race two, trading places with?Shunsuke Kouno.