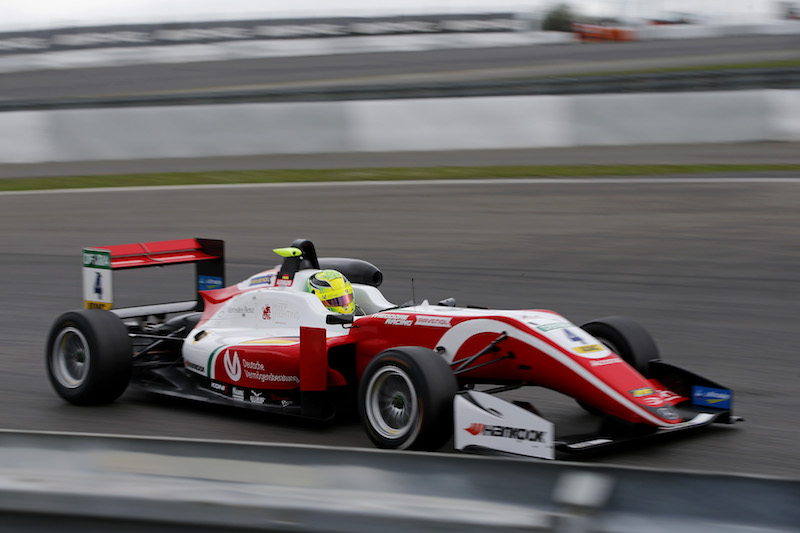 Considering this year’s FIA European Formula 3 season started as arguably the most open, and competitive title race in the series’ history, it came as a huge shock when Mick Schumacher resoundingly dominated the second half of the season.

The Prema Powerteam driver romped to five consecutive pole positions and race victories to turn a 36 point deficit to Motopark’s Red Bull junior Dan Ticktum into a 49-point lead in just two rounds. It was a devastating?tidal surge in form for Schumacher, which changed the multi-driver title race into a one-man show.

With such a huge swing in performance and points in only a small space of time for Schumacher, the question has to be raised over who was the best driver over the entire course of the season? The driver with the most points is the obvious answer, but a deeper insight into the statistics of the 10-round season demonstrates the potential for a different conclusion.

Let’s consider the opening four rounds, when Schumacher was the 13th best qualifier on average, suggesting the biggest weakness from his maiden season – one lap pace – had yet to be rectified. He was never the top Prema driver, while Ticktum (in the title hunt throughout) earned seven front rows from 12 qualifying sessions, including five pole positions.

Schumacher had marginally better fortune in the races, which included an excellent charge from ninth to third for his first podium of the season in the third Hungaroring race.

However, there were still rookie-like inconsistencies and bad luck such as his clash with Artem Petrov and Sacha Fenestraz at the Norisring, and over-zealousness at Zandvoort – where he battled three-wide for the lead into Tarzan on the first lap. 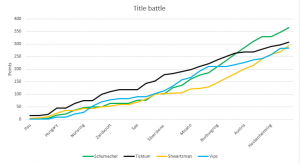 In comparison to Ticktum though, points lost due to mistakes and technical failures early in the season was minimal.

The Briton was mugged for second place by Ralf Aron on the restart of the Pau season opener, dropped out of third place in Hungary due to a long brake pedal, and stalled from fifth on the grid at the Norisring where some questionably slow reactions from Ameya Vaidyanathan led to an instant retirement for both.

A blown clutch led to a jump-start in the final Zandvoort race, costing him a victory. The total possible missed points just from those four incidents is 53, not mentioning his trip down the escape road during Pau qualifying or his loose headrest in race two.

Interestingly even with that 53-point swing in Ticktum’s favour, it wouldn’t have been enough to secure the title, suggesting that those early-season mistakes were costly, but there was something more which stopped the driver who had a qualifying average three places better than next best Marcus Armstrong after 12 races from taking this year’s crown.

It’s in those next 18 races where Ticktum and his fellow title rivals at the time lost the fight. Hitech GP and Carlin were consistently inconsistent, ruling their drivers out of championship contention and leaving Prema’s quintet to fight Motopark team-mates Ticktum and Juri Vips.

With two years of F3 experience already under their belt, Guan Yu Zhou and Ralf Aron were Prema’s most experienced drivers but were ultimately outshone by their less-experienced team-mates. Both enjoyed their best seasons to date, but the lack of major improvement year-to-year makes it difficult to consider them as elite prospects going forward. 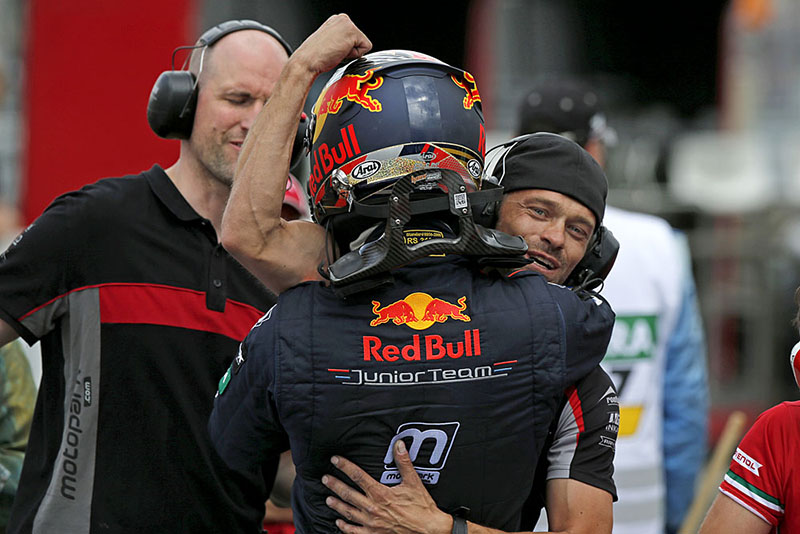 Zhou picked up two wins, including a maiden victory in the very first race of the year, while Aron won four times but had just four other podium finishes. Chinese man Zhou was the slightly better of the two, showing great raw pace but struggling to build momentum with torrid bad luck. There’s still plenty of untapped potential in the 19-year-old, which will hopefully be realised in a likely F2 debut next year.

Reigning Italian Formula 4 champion Armstrong was the strongest qualifier by the end of the season, with a average starting spot of 5.4, edging Ticktum by 0.3 positions. However he also retired nine times, more than anyone else; a handful of those caused by collisions with Ticktum.

He was superbly quick at the Norisring and barring a disastrous pointless last weekend of the season, he would have surely taken third in the drivers’ championship.

But perhaps one of the most out of position drivers for most of 2018 was Vips. Discounting his first two weekends, Vips had the best qualifying average on the grid – he started in the top 10 in each of the remaining 24 races. Ticktum used his superior experience to hold the advantage early in the season, but Vips soon turned the tables, and Ticktum was only the top Motopark driver in qualifying five times over the final 18 races.

Once Schumacher began his steamrolling, Ticktum’s head seemed to drop and the mistakes soon added up. He finished on the podium three times in the second half of the season, while Vips?picked up wins at Silverstone, Misano (after destroying the competition in qualifying) and at Hockenheim. 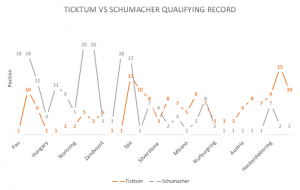 Vips absolutely had the pace to win the title but lacked the consistency or experience needed to string a title campaign together – also not helped by his deal with Motopark taking a while to come together in the off season at the expense of vital track time.

The signs were there from the Norisring, where he took on fellow rookie Enaam Ahmed in a thrilling wheel-to-wheel duel and triumphed to take his maiden F3 win.

By the time the season finale rolled around, Vips looked a much more complete driver than the one which lined up at Pau. He was still rough around the edges, but the way he drove back from Aron ‘deliberately’ colliding with him in the final race of the season – charging from 22th to ninth with a damaged pushrod – was a testament to his exquisite racecraft and raw speed.

It can be argued Vips has the highest potential from an incredibly talented field of drivers this year, and it comes as little surprise that Red Bull has added him to its roster. It’s a shame he and ‘fellow’ Red Bull junior Ticktum will almost certainly head to different championships next year.

Whether Schumacher received some kind of engine boost?or not,?the way he was able to dominate the final part of the season, with almost zero errors and nearly maximum points on two occasions, was impressive. However, it would be naive to expect a similar level of dominance or title success in Formula 2 – his next destination. That will be a true test of his ability without the question marks of Mercedes engine favouritism.

Schumacher did an excellent job to steal the title and make the most of his machinery, and he walks away with the headlines and the championship trophy. But teams and close observers will know that Vips, Ticktum and Armstrong were the most exciting prospects to come out of the final year of European F3 as we know it. 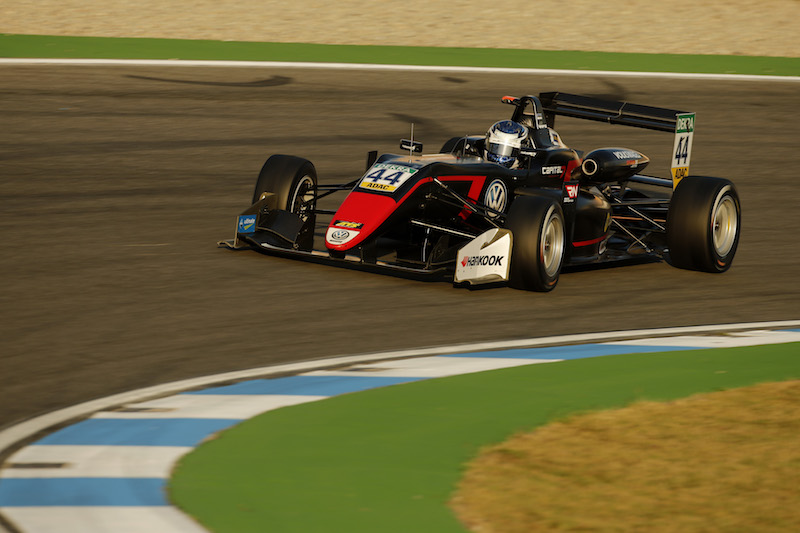 Those outside of the title battle

Despite being a rookie, Alex Palou came into this year with plenty of experience of similar-powered cars. His great one-lap pace from GP3 and Formula V8 3.5 was shown from the off, with two front-row starts at Pau.

It was one of his more consistent seasons, with seven podium finishes. He shaded Hitech team-mate Ahmed by 30 points, but unlike double Hungaroring winner Ahmed, a race win eluded him. Ahmed also won their intra-team qualifying battle 16-14.

Hitech’s third driver Ben Hingeley wasn’t able to match his team-mates, with fourth place at the season opener at Pau – following a strong wet qualifying performance – proving to be his best result of the year by some way.

After Lando Norris became the first non-Prema ran champion last year since the championship was relaunched, Carlin had high expectations for 2018, but failed to come anywhere near the lofty heights of 2017 with continuous tyre issues.

Jehan Daruvala was the best of the seven drivers to race for the team in both qualifying and races, but it was still only good enough for 10th in the drivers’ championship – barring 2016, the lowest place of any lead-Carlin driver in the current F3 era.

Sacha Fenestraz finished one place behind the Force India junior, but it was a disappointing year for the 2017 Formula Renault Eurocup champion. His brilliant win from pole at Pau was unfortunately never repeated. 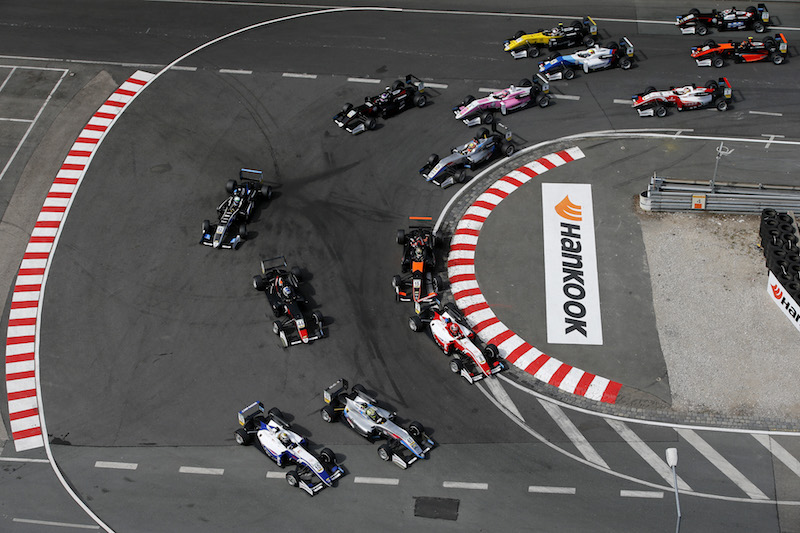 It was a horrid year for Ferdinand Habsburg – 13th in the standings and just one podium: a testament to Carlin’s struggles this year rather than its own drivers’ shortcomings.?Nikita Troitskiy wins the award for biggest shock win of the year at Zandvoort, while the only accolade Vaidyanathan gained from this year was slowest reactions.

Fabio Scherer and Jonathan Aberdein matched their Motopark team-mates Vips and Ticktum on occasion, but they were few and far between. Together they picked up four podiums. Marino Sato improved on his 2017 points tally of one point, by taking 31.5 points this year.

A podium at the Norisring for Keyvan Andres marked?Van Amersfoort Racing’s only highlight of a tough season. Artem Petrov started the season as second-best but had the tables turned on Andres by the end of the year. Sophia Florsch’s half-season was solid if unspectacular, but was encouraging considering her lack of track time and less favourable equipment.