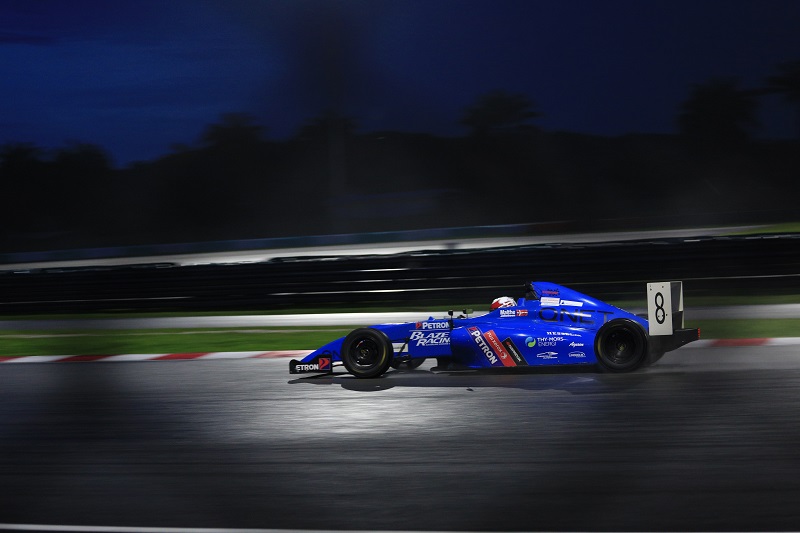 Formula 4 South East Asia champion Alessandro Ghiretti shared the wins with Kane Shepherd and Malthe Jakobsen in the final round of the season at Sepang.

Ghiretti won the first race fairly easily from pole after his rival Kane Shepherd opted to save his tyres, backing off on lap nine after a long time spent on the leader’s tail. Danish F4 regular Jakobsen was a distant third. Luke Thompson came out on top in the race-long fight for fourth place, ahead of Muizz Musyaffa and British F4 driver Lucca Allen.

The reversed grid for the second race enabled the first standout rookie performance of the day. Omani Shihab al Habsi took the lead from third on the grid, pushing past poleman Adam Khalid, who struggled with car issues all day, and W Series hopeful Shahkirah Shaharul. He led for three quarters of the race, but then lost victory to the pursuing Shepherd after he lost power. Shepherd just held off Ghiretti for the win in the final corners, despite contact between the pair, and they finished 20 seconds ahead of third placed Musyaffa. Irishmen Thompson and Allen completed the top five.

Race three was of additional significance as the championship’s first ever night race, and took place in wet conditions. Once Jakobsen had passed Al Habsi for the lead, it was a fairly easy race for the Dane, not having to deal with spray. Al Habsi remained close behind for a couple of laps but was unable to hold off Ghiretti, who was in sight of the podium within a lap.

Ghiretti was never able to challenge Jakobsen seriously and Al Habsi hung on to third, despite Shepherd attacking and almost snatching the position at the finish line. Musyaffa, Allen and Thompson resumed their scrap and were fourth, fifth and sixth respectively. Thompson overtook the absent Antoine Potty for fifth in the standings, while Jakobsen jumped up to eighth in the standings despite only competing in the last two rounds of the season.