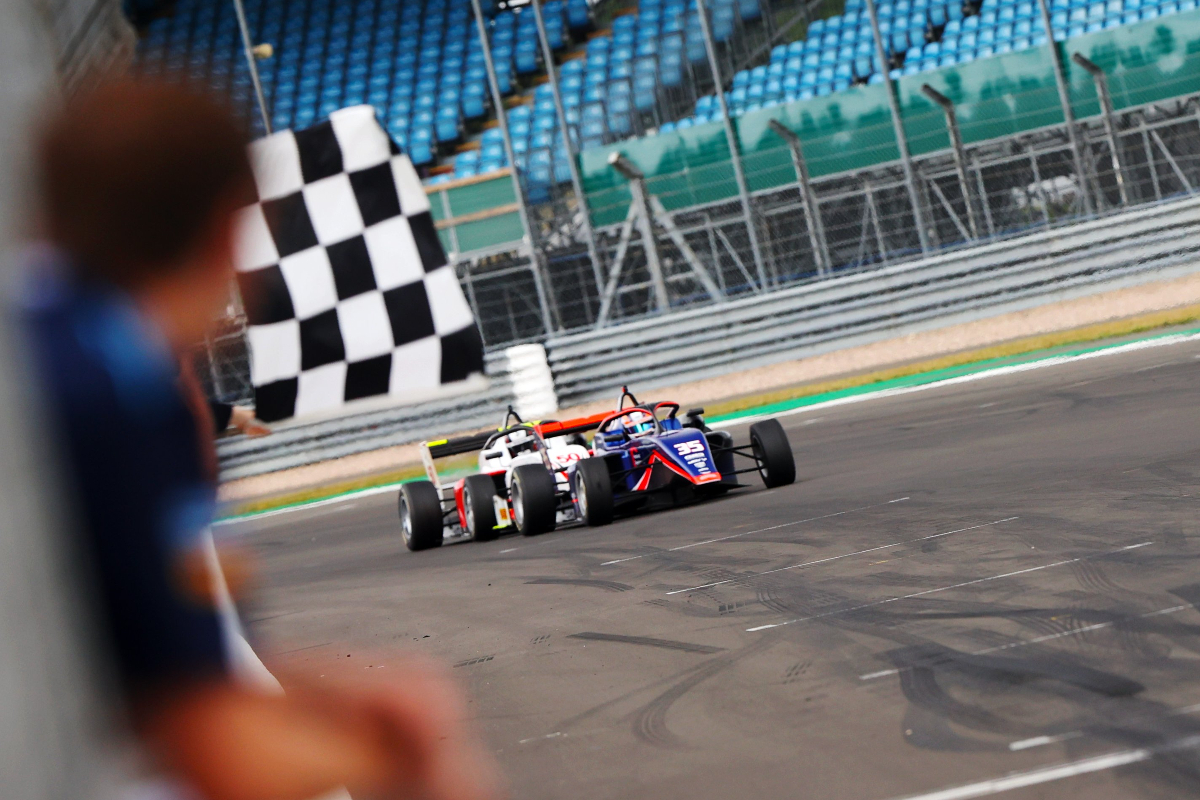 Elite Motorsport’s Tom Lebbon has been stripped of victory in GB3 race two at Silverstone for a yellow flag infringement, handing Callum Voisin his third win of the season

Having initially held off Carlin driver Voisin to win on the road, Lebbon was disqualified from the results and handed four points on his licence for setting a fastest time in sector three while the car of Fortec Motorsports driver Zak Taylor was being retrieved from the gravel at Brooklands.

As a result of Lebbon’s removal from the results, Taylor’s team-mate Joel Granfors gains an additional five points at the stop of the standings, having been promoted to second in the official results ahead of Carlin’s Javier Sagrera.

His team-mate Roberto Faria finished fifth but has also been disqualified for the same offence as Lebbon, as was Hillspeed’s Nick Gilkes who initially was classified 12th.

The stewards removed several other drivers from the results for different reasons, with Chris Dittmann Racing’s Branden Lee Oxley being disqualified from 19th for a collision that put Taylor out and caused the yellow flags.

JHR Development’s James Hedley has been stripped of his 18th place for an earlier collision that caused McKenzy Cresswell to barrell roll out of the race at Village, an incident that has also forced the CDR driver to sit out the weekend’s final race.

Hitech GP’s Luke Browning moves up two positions in the amended results to 9th, but his deficit at the top of the points table to Granfors has grown by three points.